McClain Elected to CGS Board of Directors 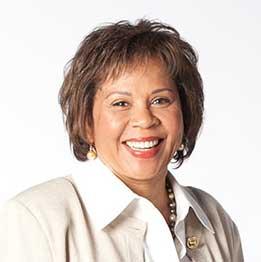 Paula D. McClain, dean of The Graduate School, has been elected to a three-year term on the Council of Graduate Schools (CGS) Board of Directors, the organization’s governing body.

McClain was one of three new board members announced at the CGS’s annual meeting in Washington, D.C., on December 7-10. She will begin her term on January 1, 2017.

McClain, who was recently reappointed to a second five-year term as dean of The Graduate School and vice provost for graduate education, is also currently a member of the GRE Board. She is also serving as past president of the Midwest Political Science Association after serving as its president in 2015–2016.