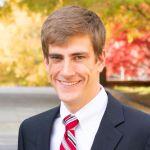 Jason Arne is a fourth-year Ph.D. candidate in biochemistry. His research elucidates how the subcellular location of protein synthesis effects proteostasis. Ensuring proper protein translation is essential to every cell in the body and its misregulation is linked to a variety of disease states. In 2016, he graduated from Case Western Reserve University with a B.S. in biochemistry. Outside the lab, Jason is an avid endurance sports fan and the Head of Professional Development in the Advanced Professional Degree Consulting Club. After graduating Jason is interested in leveraging his problem-solving skills and life sciences knowledge at a consulting firm. 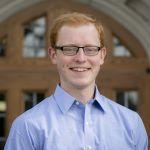 Bradley Barth received a B.S. from Cornell University in 2015. As a Ph.D. candidate in Dr. Warren Grill’s laboratory, he is investigating sacral nerve stimulation as a treatment for gastrointestinal motility disorders. In his research, Bradley has developed computational models, implantable electrode arrays, and intravital imaging techniques to probe the peripheral and enteric neural circuits regulating colonic motility. Beyond the laboratory, Bradley has been involved with the Scientific Research and Education Network, connecting STEM researchers with educators to disseminate cutting-edge science and improve science literacy in K-12 schools. 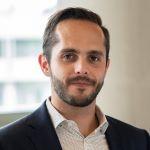 Eduardo Coronado is a M.Sc. in Statistical Science candidate interested in statistical modeling, machine learning, AI applications in healthcare, and business development/analytics. Prior to Duke he worked at Arc Bio, a small healthcare company based in Boston that develops novel infectious disease diagnostics. There he co-invented a graph-based genomic analysis tool capable of processing genetic data files (>200Gb) within a day compared to the standard multi-day processing time. As a product manager, he led the development and go-to-market strategy of the company’s first diagnostic product based on customer, medical, and regulatory requirements. He received his B.Sc. in Biomedical Engineering (2015, magna cum laude) with a concentration on Nanotechnology from Boston University. 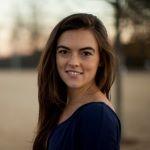 Courtney Crumpler is a member of the inaugural cohort of the Master’s in Fine Arts in Dance. She is interested in the intersection of art and social justice, with a specific focus on individual and collective movement practices in public spaces.  Before coming to Duke, Courtney worked as a political organizer, multidisciplinary artist, researcher, and translator for five years in Brazil. She graduated from Princeton University in 2013 and is the recipient of a Fulbright research fellowship. Courtney is the recipient of a Vice Provost for the Arts Fellowship for the 2019-20 academic year. 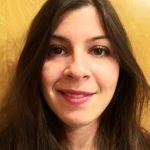 Jennifer David-Bercholz, Ph.D., is a Postdoctoral Associate in Cell Biology. Originally from France, she received her BSc in Cellular Biology and MSc in Neuropsychopharmacology from the University of Bordeaux in France and joined the European Marie Skłodowska-Curie consortium r’BIRTH to do her Ph.D in Neurosciences in Dublin, Ireland at Trinity College Dublin University. Her research at Duke focuses on stroke and brain repair and motor function. During her spare time, she loves cooking, hiking and spending time with her husband Maxime and her cat Álainn. 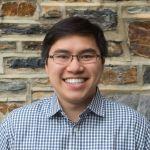 Kevin Erning is a second-year Ph.D. student in the Biomedical Engineering Department. His current research focuses on engineering therapeutic biomaterials for brain repair after stroke. He received a B.S. in Chemical Engineering and a B.S. in Molecular Cellular Biology from the University of Illinois Urbana-Champaign. Prior to Duke, Kevin worked as a process modeling engineer at Archer Daniels Midland to scale up a novel bio-based plastic manufacturing process. In his spare time, he enjoys traveling, baking, and learning new cultures through language and cuisine. 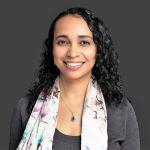 Asiya Gusa, Ph.D., is a postdoctoral scholar in the Molecular Genetics and Microbiology (MGM) program in the Duke School of Medicine where she studies genetics in the human fungal pathogen Cryptococcus. She has always been interested in how disease-causing microorganisms respond to environmental signals. Asiya received her graduate degree from Emory University in Atlanta, GA and undergraduate degree in Microbiology from Miami University in Oxford, OH. When she is not in the lab, Asiya spends time with her husband and two children. She loves meeting up with friends, traveling, trying new restaurants in the area and experimenting with recipes. 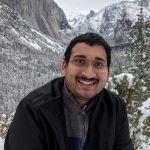 Shreyas Hegde is a second-year Ph.D. student in the department of mechanical engineering and material science. His research focuses on understanding the impact of multi-row interactions on the forced response behavior of embedded compressor rotors. The work is being funded by the GUIde consortium which consists of all gas turbine companies around the world. He spent two of his summers interning at Pratt and Whitney and will be spending summer 2020 at GE global research working on cutting-edge aircraft engine technology. Shreyas earned his undergraduate degree from NITK Surathkal, India and master’s from Duke University in 2018. Shreyas is an aviation enthusiast and wants to grow as a business leader in an aircraft engine R&D company after graduation 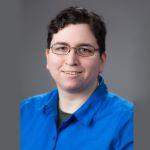 Courtney Johnson is a fifth-year Ph.D. candidate in the Department of Chemistry working in the lab of Dr. Kevin Welsher where she develops new 3D microscopy and image processing methods for enhanced live-cell imaging. Her work specifically involves the design, construction, testing, and operation of optical instruments to interrogate life at the molecular level. Courtney graduated with a B.S. in Chemistry from Texas Woman’s University, the largest public university primarily for women. Beyond the lab, Courtney trains in Brazilian Jiu-Jitsu and is an avid gamer, favoring the genres of military and flight simulation. 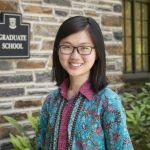 Felicia Lim is a fourth-year Ph.D. student in Molecular Cancer Biology. Her research focuses on how hormones affect our immune system and how this influences their ability to fight cancer cells. Born in Indonesia, she earned her B.S in China before coming to Duke. Felicia is interested in using her expertise in research to enter science diplomacy, to improve health systems and bridge the gap between science and policy. Outside of the lab, she is also involved in Duke WiSE (Women in Science and Engineer), Duke F1RSTS (first-generation graduate student group) and DISI (Duke Interdisciplinary Social Innovators). In her spare time, she enjoys reading, listening to music, and hiking. 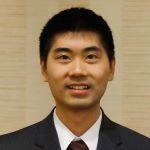 Daniel Luo Ph.D., is a postdoctoral associate at Duke School of Medicine, where he works on DNA damage in cancer cells, and models of radiation sensitivity in cancer using cell culture and animal models. Daniel grew up in Philadelphia and attended Penn State, majoring in Molecule Biology. He then received his Ph.D. in Toxicology from Iowa State for his research on Parkinson’s disease. Prior to coming to Duke, he has worked as a consultant in venture and asset scouting at a biotech consulting firm based in Boston. In his spare time, he enjoys photography and is an amateur wedding photographer. 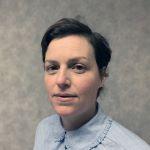 Miriam Manook Ph.D., is a postdoctoral associate in the Duke Transplant Center. As a surgeon-scientist her focus of interest is to expand the possible transplant options for sensitized patients. Here at Duke, she is studying donor-specific immunological memory responses. She received her Ph.D. from King’s College, London, and is a higher surgical trainee with a specialist interest in kidney transplantation. Miriam is proud to have initiated a transplant partnership which seeks to develop and support transplantation in Armenia. Outside her professional career, she is introducing her children to her love of mountains and wilderness. 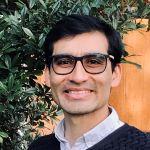 Wilderson Medina holds a B.Sc. in Biology from UPTC, Colombia, and now is a second-year Ph.D. student at the Nicholas School of the Environment (NSOE). His research focuses on analyzing the geographical and ecological factors influencing species distribution and prioritizing areas in the Tropics for conservation of endangered species. Before Duke, he was working to increase biodiversity knowledge in his country and supporting environmental projects with local communities. Beyond academia, Wilderson is interested to engage community’s faith with the science behind species and ecosystems conservation. By sharing with Catholic and Christian fellows around Duke he has discovered a deep sense of community. 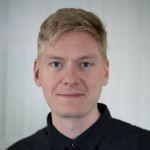 Jens Emil Vang Petersen is a second-year postdoctoral associate in the department of infectious diseases. His research focuses on molecular and cellular aspects of malaria disease, and how genetic factors such as the sickle trait protects against severe malaria. Jens received his Ph.D. in immunology from University of Copenhagen in Denmark, where he also completed his BSc and MSc in molecular biomedicine. Aside from his research, Jens enjoys playing basketball and photography.

Filippo Screpanti is a Ph.D. candidate in Romance Studies pursuing a dual-track program in French and Italian Literature with a focus on the 16th and 17th centuries. Before coming to Duke, he studied at the University of Colorado - Boulder (M.A.) and the University of Rome (B.A.). His research interests include early modern Mediterranean studies, early modern Orientalism, travel literature and Interreligious studies. In his spare time Filippo enjoys traveling, reading, and tabletop gaming. 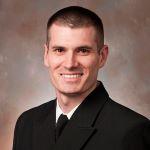 Colin Smith is a first-year master’s student in the Global Health Pathway for Residents at the Duke Global Health Institute/ Hubert-Yeargan Center for Global Health and a fourth-year internal Medicine-Psychiatry resident at Duke University Medical Center. He received his B.S. in Biology-Neuroscience from Sacred Heart University and his M.D. from the Uniformed Services University of the Health Sciences under the aegis of the Indian Health Service. His current research involves exploring the healthcare needs and experiences of American Indian/Alaska Native people living with HIV. He is a Lieutenant in the U.S. Public Health Service Commissioned Corps. 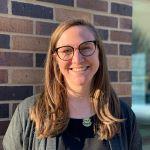 Amalia Turner, Ph.D., completed her graduate studies on nanomaterial transport in complex media in Duke’s Department of Civil and Environmental Engineering, after which she continued her research as a postdoctoral associate in the same lab. She is also involved in the Team Science Core of Duke’s Clinical and Translational Science Institute, where she explores the factors that improve or impede interdisciplinary collaborations. Before coming to Duke, she was a consultant in Environmental Risk and Toxicology, where she focused on legacy and emerging contaminant risk assessment. Off campus, she can usually be found reading one million books to her insatiable toddler. 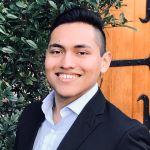 Jesús Valdiviezo is a fourth-year Ph.D. in Chemistry candidate and an M.S. in Electrical and Computer Engineering student. Originally from Mexico, he holds a B.S. in Chemistry from Tecnologico de Monterrey and received a Fulbright Fellowship to support his graduate studies at Duke. Currently, he is studying electron and energy transfer processes in engineered nanostructures and launching a startup that brings artificial intelligence into microfluidics. Jesús is a member of the Duke Taekwondo Club, and in his spare time, he plays the guitar and participates in science outreach events. 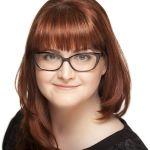 Kristin J. Wainwright, a fifth-year Nursing Ph.D candidate, conducts research in symptom science and neurological symptoms in Multiple Sclerosis. She is an NINR F31 Fellow and a Jonas Veterans Healthcare Scholar, with a Certificate in Cognitive Neuroscience. She graduated from New College of Florida (BA in the Natural Sciences), from East Carolina University (Bachelor of Science in Nursing), and attended the NIH-NINR Summer Genetics Institute. Before Duke, she worked as a Clinical Research Nurse Specialist in Neurosurgery, and served on the Institutional Review Board. She is a mom, a returned U.S. Peace Corps Volunteer (Jamaica), and plays the French horn. 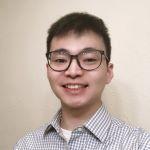 Zi Wang is a fourth-year Ph.D. candidate in the Department of Chemistry. His research focuses on engineering the mechanical properties of bulk polymeric materials from precisely designing the molecular structure of polymers. Originally from China, he received his bachelor’s degree from Southern University of Science and Technology. In his spare time, he is enthusiastic about traveling and street dance. He was the co-founder of NOVA dance group in college and now he is in the Street Medicine Urban Dance Crew at Duke.