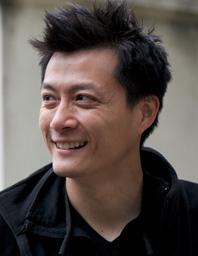 Jorge Cham, creator of the popular comic strip Piled Higher and Deeper (PhD Comics), will speak at Duke on Friday, March 27, as part of Graduate Student Appreciation Week hosted by The Graduate School.

The talk, titled “The Power of Procrastination,” will recount Cham’s experiences bringing humor into the lives of stressed out academics, examine the source of their anxieties, and explore the guilt, the myth, and the power of procrastination. Cham will also hold a book signing at The Graduate School's barbecue reception starting at 5:30 p.m.

The event is open to all Graduate School students and will be held at the Griffith Theater in the Bryan Center at 3:30 p.m. No tickets are needed, but attendees must register at http://bit.ly/PowerofProcrastination.

Cham began drawing PhD Comics while pursuing his Ph.D. in mechanical engineering at Stanford. First published in 1997, the strip has spawned five books and a live-action movie, which was shown at Duke in 2011. A second movie is currently in production.

Cham’s talk is part of a busy itinerary for the school’s annual Graduate Student Appreciation Week, which will run from March 23 through March 27. The schedule includes professional development and networking opportunities throughout the week, such as the Third Annual GradX Talks, a series of TED Talks-style presentations by graduate students. The week culminates with a party for graduate students and their families on the Graduate School lawn on the evening of March 27.

Attendees at the week’s events will be entered into a raffle for various prizes, such as signed copies of PhD Comics books, an hour of one-on-one coaching with a professional public-speaking coach, copies of StrengthsFinder 2.0, and Graduate School gear.