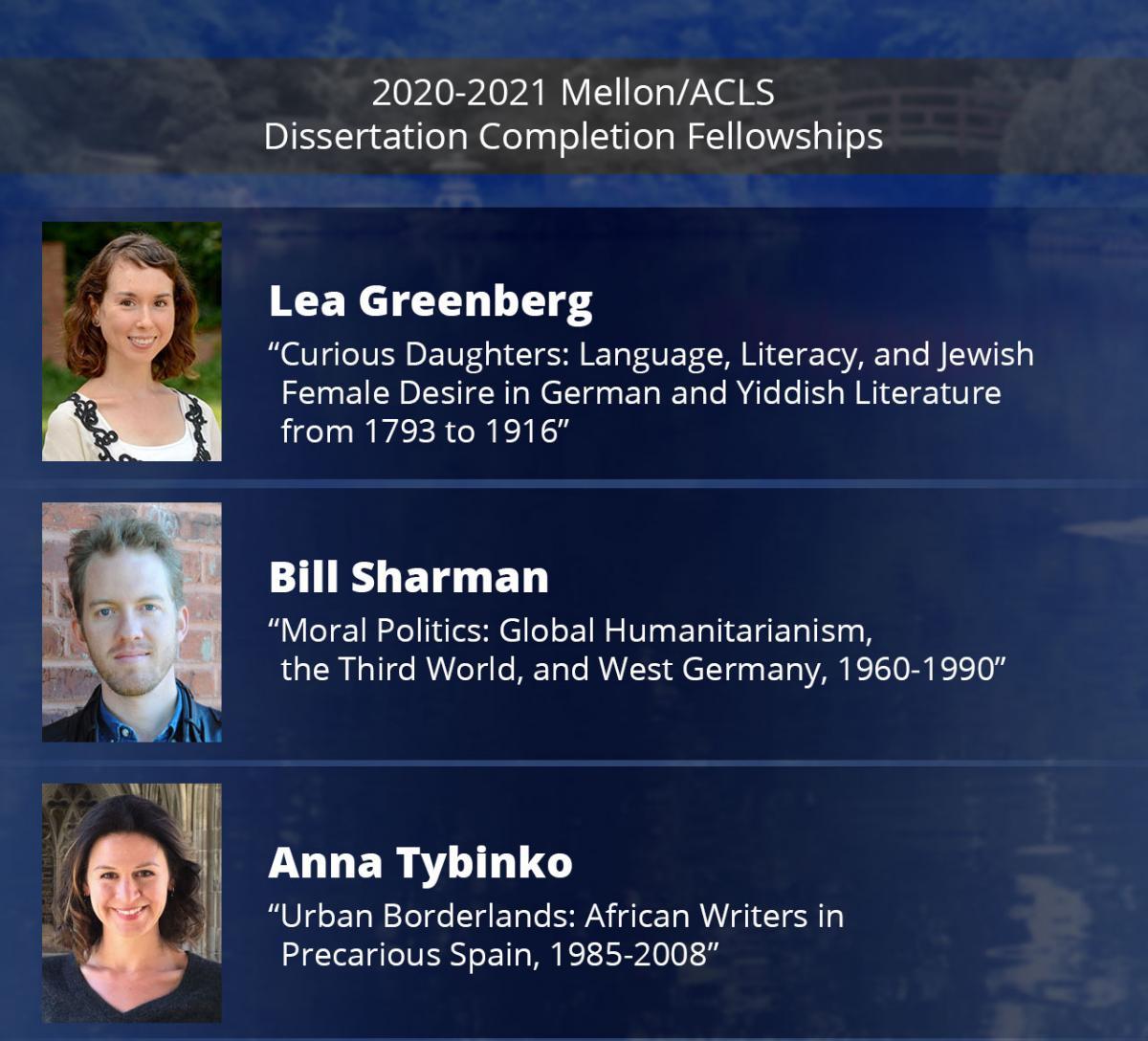 A total of 64 fellowships were awarded out of more than 1,000 applicants. The fellowship, funded by The Andrew W. Mellon Foundation, provides a $35,000 stipend and up to $8,000 in research funds and university fees to advanced graduate students in their final year of dissertation writing. It also includes a faculty-led academic job market seminar, hosted by the ACLS, to further prepare fellows for their postgraduate careers.

A look at this year's Duke awardees and their dissertations: 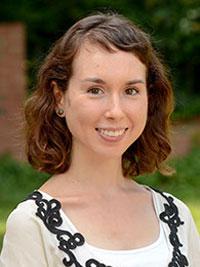 Dissertation: "Curious Daughters: Language, Literacy, and Jewish Female Desire in German and Yiddish Literature from 1793 to 1916"

In her dissertation, Greenberg examines the interplay between language politics and romantic politics in German-Jewish and Yiddish literature, confronting the social dynamics of Jewish assimilation into wider European culture. It uses literary case studies from the Jewish Enlightenment in the late 18th to the early 20th centuries. Each work uses a concern with the sexual purity and loyalty of the Jewish daughter to depict anxieties toward Jewish assimilation into the non-Jewish world. But these texts also share another layer of her subversion: a rebellious act in the form of a linguistic or cultural departure from tradition. “Curious Daughters” considers how these dynamics stage the ambivalence of a departure from Jewish tradition and brings them into conversation with the sociolinguistics of Jewish language usage and the history of Jewish women in Europe.

Sharman’s project explores how and why West Germany became a central hub of humanitarian care and governance around the world after 1945, seeking to balance aid commitments abroad with Europe’s largest refugee population at home. It focuses on humanitarian aid and intervention in Africa, as well as the migration of refugees from Africa, the Middle East, and Asia to West Germany. It argues that these twin processes reflected West Germany’s changing relation to the world in an age of universal human rights, Holocaust memories, and postcolonial crises, creating capital flows, transnational solidarities, and migrations that had not previously existed. Moreover, people from Africa, the Middle East, and Asia were key actors. Their claims for aid and justice challenged stereotypes about Third-World violence and suffering; and their ideas about global political economy and immigration became influential, especially within a growing human rights movement. 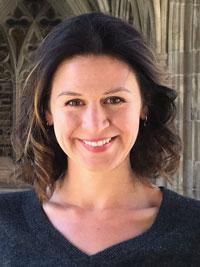 Tybinko’s dissertation examines Spain’s dependency on undocumented African labor in the quest to become a developed, European nation. Via literature, “Urban Borderlands” charts Spain’s transformation from a longstanding sending country for migrant labor into a cosmopolitan destination for workers the world over following the promulgation of its first immigration law in 1985. Drawing on both textual analysis and one-on-one interviews, it constructs a conversation among a group of African-born writers who publish for a Spanish audience. Through their collective storytelling, Tybinko reframes the concept of bordering as practices of racialization and labor market segmentation that exert serious controls over the day-to-day of migrant life within Spanish national bounds. To this end, her project considers the work of these writers as a unique form of political intervention, aimed at revealing the inherent instability of Spain’s economy—well before the Great Recession of 2008.