The teenage years are a tumultuous time in one’s life, especially for transgender teens. On top of typical social, mental, physical and emotional changes, they might also experience gender dysphoria—the psychological distress caused by a mismatch between a person’s assigned sex and gender identity. Also, unlike adults, transgender teenagers might not have access to treatments like surgery or hormones.

Recent master’s graduate Sonali Biswas is working on research to help provide better care for this segment of the transgender community. Biswas, who aspires to become a gender-affirming surgeon, recently completed an M.S. in population health sciences and is pursuing an M.D. from the Duke School of Medicine. 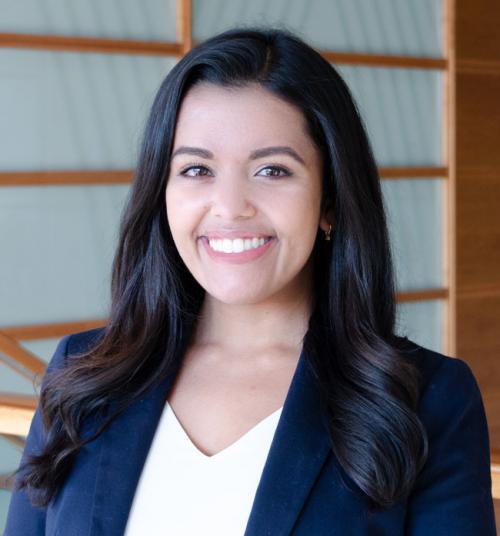 Through her master’s program, she has been working on a qualitative study that focuses on transgender teenagers and how they feel about certain physical features. Each interview in her study can last up to two hours and covers topics such as body issues, coping mechanisms, and societal stigmas.

“The perk of a qualitative study is that you're getting the data in the patient's own words,” she said. “I think that's probably the biggest strength of this.”

Biswas noted that transgender people are already a marginalized and under-researched community, and there isn’t any data specifically on transgender teenagers.

“Knowing what they think is really valuable, because ideally, it can be used by providers to make sure that their counseling is really comprehensive,” she said.

She has been conducting the project with Duke’s Transgender Health Measurement group, in conjunction with faculty members Deanna Adkins and Bryce Reeve. Adkins is an associate professor of pediatrics and Reeve is a professor in the Department of Population Health Sciences.

“I got lucky that I found this group that did a lot with gender and gender equity, which is something that I'm really interested in where I could also relate it back to my interest in plastic [surgery],” She said.

For her, one of the biggest takeaways from this project is that transgender pediatric patients aren’t a monolith. For example, Biswas said that a lot of interviewees cited body fat distribution as a feature they didn’t like about their bodies, but each individual had a different reason for feeling that way.

“I think the project does a good job of highlighting the complexity of the [transgender] experience,” she said. “No one felt universally negatively or universally positively towards their bodies. There was a large range and no one person was exactly like another person.”

Biswas said another insight from the interviews was that many people aren’t aware of the various procedures available to address body dysphoria, such as the many treatments for body fat distribution.

“Illustrating that there's this really large breadth of experiences makes it more likely that providers don't make assumptions about what any of their transgender patients want,” Biswas said.

Biswas’ work was supported in part by funding from a Dean’s Research Award for Master’s Students from The Graduate School, which has been used to fund reviewing focus group results and developing an online tool for patient and provider education. Biswas said she hopes that the research data will help medical providers care for their transgender patients.

“Hope is really important in this population that has really bad mental health outcomes,” she said. “There is an opportunity for education there, to say, ‘Hey, there’s all of these surgeries and all of these treatments that exist.’ ”