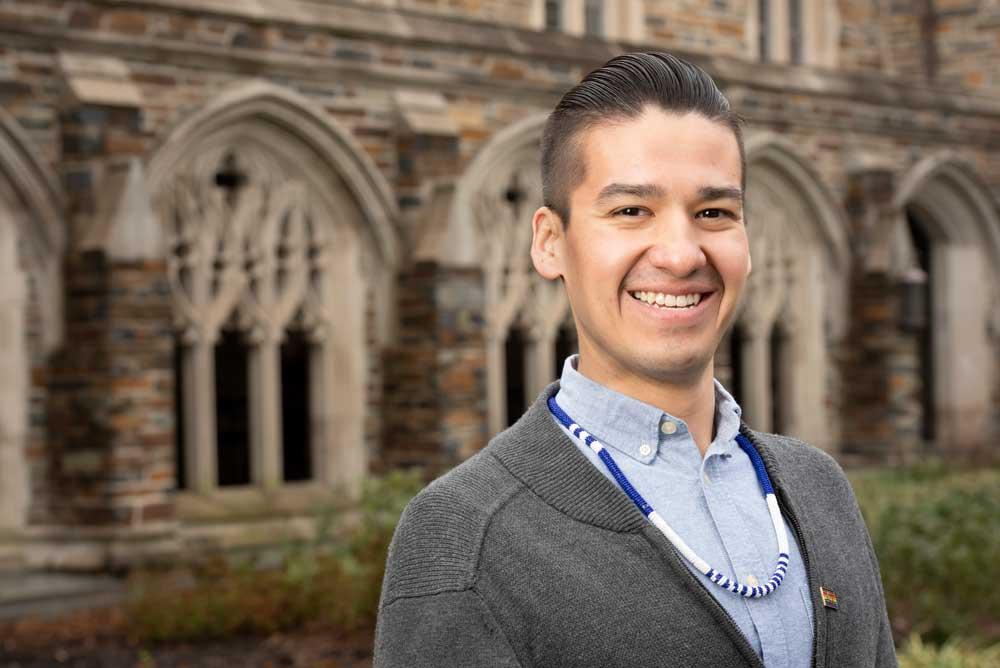 Raymond Allen is a Ph.D. candidate in developmental & stem cell biology, where he is investigating cell reprogramming and mouth formation in sea urchin embryos.

Allen has formally mentored two undergraduate students. In his mentoring, he practices active listening and adaptability in order to ensure that his mentees are fully supported in all areas of their graduate student experience. He has also demonstrated his dedication to mentorship through his activism and leadership in several on-campus organizations. Allen is currently the president of Duke’s Society for Advancement of Chicanos/Hispanics & Native Americans in Science. He is also the treasurer of DukeOUT, Duke’s LGBTQIA+ student group for graduate and professional students, and is credited with elevating the organization to its current level of involvement. Additionally, he is a member of the Duke Native American Student Alliance, as well as Duke out in Science, Technology, Engineering, and Mathematics.

In these positions, Allen has demonstrated his commitment to ensuring the success of underrepresented groups on campus. His leadership has resulted in the empowerment and growth of these groups and their members.

Lessons from His Own Mentors

“The importance of having a space for LGBTQIA+ graduate and professional students to come together, network, and share in community cannot be overstated. Raymond’s leadership ensured students have what they needed to thrive and be successful at Duke University.”

“Raymond balanced providing me with guidance and giving me independence in the laboratory by giving me the freedom to choose what steps I want to take to answer my research but still giving me advice as I went along. The approach he used  in  mentoring  me  allowed  me  to  truly  become  comfortable  with  being in  the laboratory and  feel  that  I  can  take  control  over  my  own  work,  highlighting  his  ability  to  create and  empower young scientists.”

“Raymond is also an effective communicator—a  key  trait in an  excellent  mentor. He has taken the time  to  listen and work diligently with me and several other early career graduate students to strategize ways to make sure that time here as a Ph.D. student was easier.”

“Consistently, I have watched Raymond remain humble, personable, ambitious, and driven.  Raymond possesses the ability to adapt to change, a positive spirit, and a heart dedicated to the service of others. Raymond’s willingness to be an active and engaged contributor to society guide his actions, and as such, permit him to exceed his peers in the areas of moral reputation and character.”