This is the sixth in a series of profiles on notable Duke Graduate School alumni. The series is part of the school's celebration of its 90th anniversary in 2016. For more information about the anniversary, visit https://gradschool.duke.edu/90. 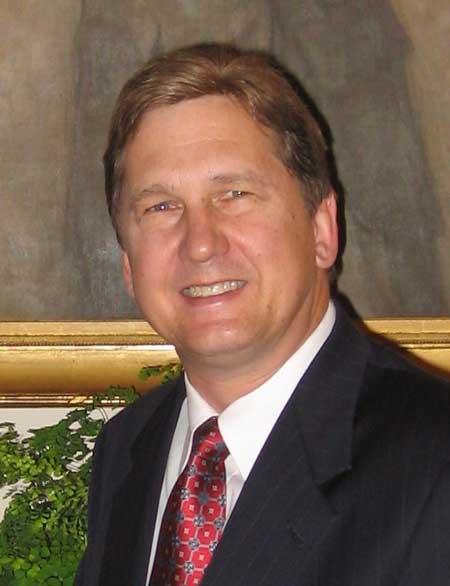 In 1996, the National Institutes of Health awarded a contract to Larry T. Mimms and his colleagues at Gen-Probe Inc., a clinical diagnostics technology company. Their mission: create a better way to screen for HIV and hepatitis C virus (HCV) in blood supplies worldwide.

At the time, the process for detecting HIV and HCV might not yield results weeks to months after someone had been exposed to the virus, delaying treatment. Mimms and his team produced a screening method that cut the time of detection to less than a week after a person was exposed.

For their work, Mimms and Gen-Probe received the 2004 National Medal of Technology, the highest U.S. honor for technological innovation. Mimms was also asked to serve on the Blue Ribbon R&D Panel for the American Red Cross from 2006 to 2007.

When Mimms received an honorary doctor of science from Davidson College, his undergraduate alma mater, his honorary degree citation said of his work, “It is no exaggeration to say that Larry’s idea and his work—drastically reducing the time between infection and treatment—has saved thousands of lives around the world, including patients who received blood transfusions during surgery.”

After earning his Ph.D. in biochemistry from Duke, Mimms went on to a postdoctoral fellowship at Harvard before joining Abbott Laboratories, where he held various positions in the Hepatitis/AIDS Business Unit. He became an executive at Gen-Probe in 1994. Two years later, he and his team embarked on the groundbreaking work that led to blood screening assays for detecting HIV, the hepatitis C virus, the hepatitis B virus, and the West Nile virus.

Mimms hasn’t rested on his laurels. In 2008, he founded VDx to develop a rapid, point-of-care HIV diagnostic test. Larry and the VDx technology transferred to industry leader Quidel, where he served as vice president for research and development. After a stint as head of product development at Human Longevity, Mimms now serves as chief scientific officer and vice president for research at Prometheus Labs, a maker of pharmaceutical and diagnostic products for cancer and gastrointestinal illnesses.