Kreps (A.M.'44, Ph.D.'48 economics) rose out of poverty and became the first woman to serve as secretary of commerce and the first female director of the New York Stock Exchange.

This is the third in a series of profiles on notable Duke Graduate School alumni. The series is part of the school's celebration of its 90th anniversary in 2016. For more information about the anniversary, visit https://gradschool.duke.edu/90. 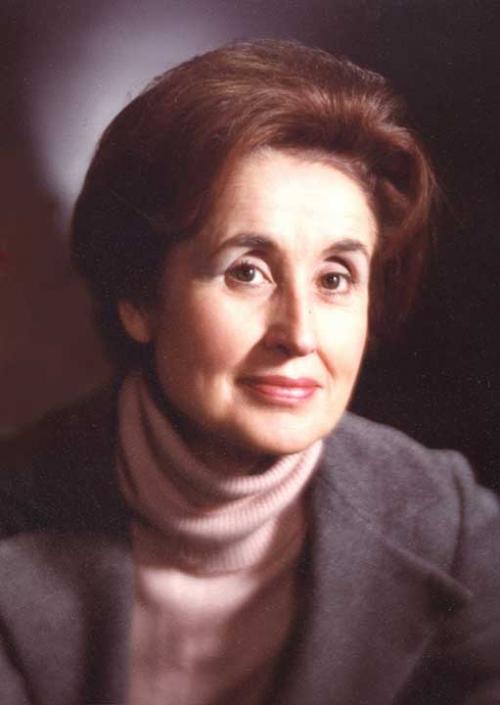 Juanita Kreps’s story reads like a Hollywood script: the Appalachian coal miner’s daughter who rises out of poverty, breaks through social barriers, and accomplishes great things.

Except in Kreps’s case, the vehicle to success wasn’t country music, but economics. As part of a stellar career in business, academia, and government, Kreps became the first woman and the first economist to serve as secretary of commerce.

Kreps was born in Lynch, Kentucky, the sixth child of a coal-mine operator. Her parents divorced when she was 4, and she grew up during the Great Depression. The poverty of her youth steered her to study economics, for which she received two graduate degrees from Duke.

In 1955, Kreps joined the Duke faculty. Her research focused on the labor demographics of women and older workers, and she explored those topics in a number of publications, including several books. In 1972, she became the first woman to be named the James B. Duke Professor of Economics. She also served as dean of the Woman’s College at Duke and associate provost, and in 1973 was named Duke’s vice president. Over the course of her career, Kreps received 15 honorary degrees.

Kreps found success outside of academia as well. In 1972, she became the first female director of the New York Stock Exchange. She also served as a director for several major corporations, including Eastman Kodak, J.C. Penney, R.J. Reynolds, Citicorp, and AT&T.

In 1976, President-elect Jimmy Carter named Kreps as his secretary of commerce. According to The Washington Post, Carter had said it was difficult to find qualified women to fill posts in his cabinet, an assertion that Kreps challenged in a televised news conference shortly after her appointment.

“I think it would be hard to defend the proposition that there are not a great many qualified women,” she said. “We have to do a better job of looking.”

During her stint as secretary of commerce, Kreps fought off attempts by the administration to dismantle the department. She advocated for the business community and promoted exports. She visited the Soviet Union, Africa, and Asia on trade missions and negotiated a historic trade agreement with China in 1979. She also challenged businesses to assume greater social responsibility toward consumers and public interests, including those of women, minorities, the poor, and the environment.

Kreps returned to Duke in 1979 for family reasons and eventually retired as vice president emerita. In 1985, Duke endowed the chair of the Department of Economics in honor of her and her husband. Kreps died in Durham in 2010 at the age of 89.