"His research guidance has proved invaluable so far, as he has helped me learn how to differentiate between good and bad ideas and how to turn vague ideas into actual projects with clear, answerable research questions." 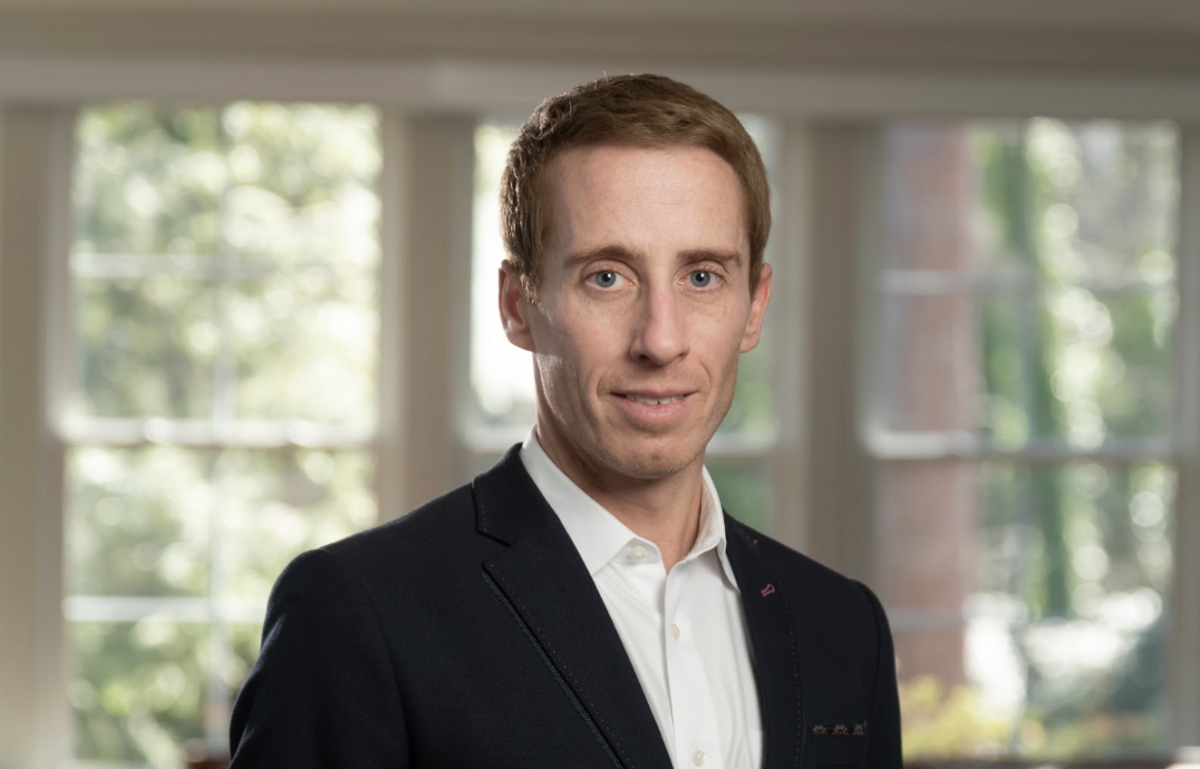 Steven Sexton is an assistant professor of public policy and economics in the Sanford School of Public Policy. He completed his Ph.D. and his bachelor’s at UC Berkley. He has authored dozens of papers, book chapters, and general audience publications. His research has received multiple grants and awards, including several grants from the United States Department of Energy. Sexton has also served as the faculty leader of the Energy Initiative Doctoral Student Fellows program that supports the research, teaching, and engagement missions of the Duke University Energy Initiative.

Since arriving at Duke in 2014, Sexton has formally mentored more than 12 undergraduate, master’s, and Ph.D. students in addition to serving on committees for eight master’s and six Ph.D. students. He is known not only for providing support and advice in students’ research, but also for taking students’ comments about his own research very seriously, showing the respect that he has for his students and their ideas.

What do you think are the most important qualities of a good mentor for graduate students?

Mentors should meet graduate students where they are and help them to develop their own identities as scholars, consistent with each student’s research and career interests. A good mentoring relationship resembles a good friendship; it is based upon trust, respect, and willing the good of the other.

Mentors should be humble, empathetic, and admit what they don’t know, encouraging students to question themselves and others in the field. Students can be intimidated by advisers and other researchers in the field, so admitting your own mistakes allows students the opportunity to learn from such mistakes and to understand the fallibility of researchers. It invites students to take chances and admit what they don’t know or understand. In the vulnerability of admitting you don’t know or admitting a mistake, the mentor can build trust with the student that is essential for a strong mentoring relationship.

I try to instill a healthy skepticism in my students by demonstrating the limitations of even the most prominent discoveries in the field. By questioning the conclusions of other research-based upon their own experiences and their training, students identify research ideas and stand poised to advance the science.

What is something you have done as a mentor that you are really proud of?

In August 2019, one of my Ph.D. students was scheduled to get married in Washington, D.C. the night before another student was set to present her research in the morning session of a conference in Asheville. I wanted to support both of my students in these important moments. So with my wife and newborn baby in tow, I drove through the night from the wedding in Washington to the conference in Asheville, arriving just in time for the conference to get underway. I hope this conveyed to the students that I care about them and want to support them in their personal and professional endeavors.

The benefits of a mentoring relationship for the mentee are obvious, but what do you, as the mentor, gain from it?

Research impact is often measured by impersonal citation counts, quite removed from the human impacts that may be very indirect. But in mentoring students, we get to directly impact lives by sharing what we’ve learned in our studies and our careers. For most mentors, their greatest impact in the field will be their influence on graduate students who, in turn, train other student researchers. The potential to impact future generations of researchers is a tremendous opportunity that brings great responsibility to ensure the steady progress of knowledge

"Even when Steve advises against certain pursuits, suggesting that we might better spend our time on something else, if we decide to pursue it anyway, Steve doubles his efforts on our behalf."

"His research guidance has proved invaluable so far, as he has helped me learn how to differentiate between good and bad ideas and how to turn vague ideas into actual projects with clear, answerable research questions."

"His comments about the policy issues and the empirical approaches I propose to use are always direct and critical but in a very engaging and constructive way."