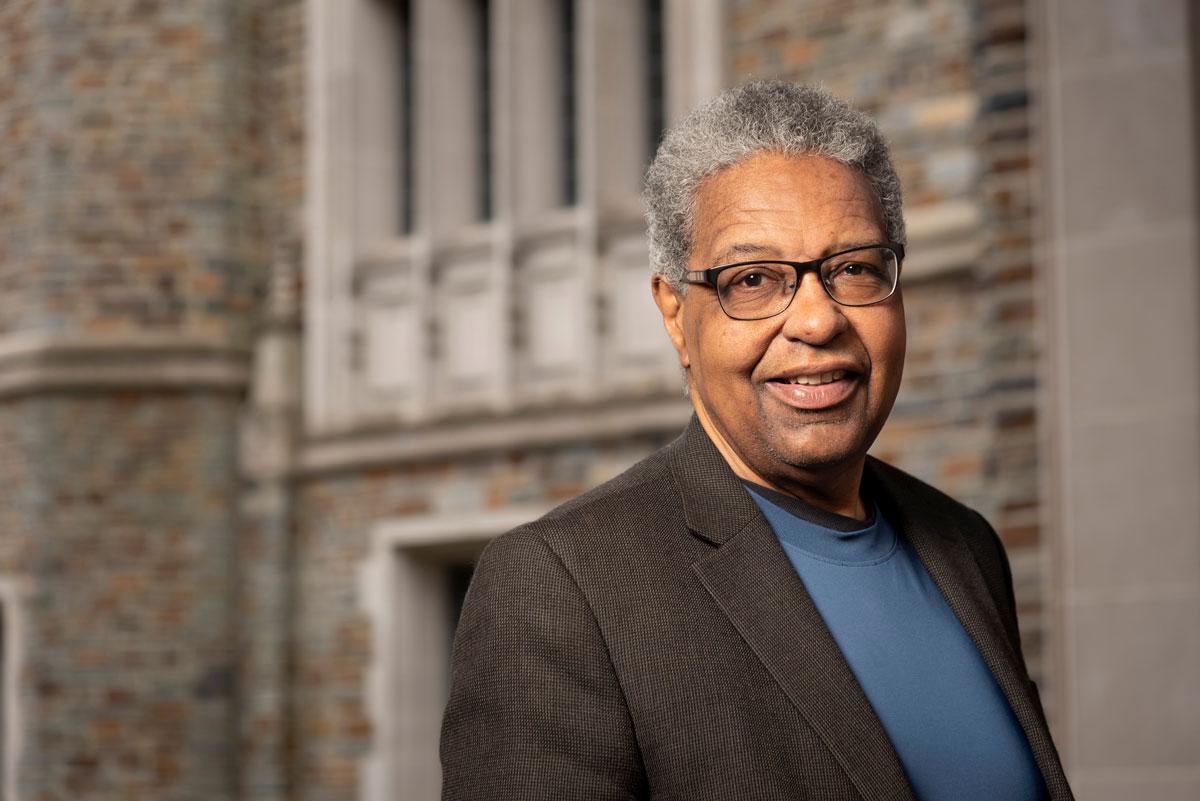 William Darity has been the Samuel DuBois Cook Distinguished Professor of Public Policy, African and African American Studies, and Economics since 2014. He has formally supervised 16 dissertations. In 2018, he was honored with the Impactful Mentor Award by the American Economic Association and named one of the Top 75 Economic Influencers by Focus Economics. He has professional affiliations with the American Economic Association and the National Economic Association, and has completed a year-long Visiting Senior Fellowships at Russell Sage (2015-2016) and the Center for Advanced Study in the Behavioral Sciences at Stanford (2011-2012).

His nominators credit him with creating a sense of belonging for young scholars by pushing his mentees toward new opportunities. Additionally, his students point to his willingness to extend his network and assistance at all times.

Darity’s research focuses on stratification economic, North-South theories of development and trade, and inequality by race, class, and equality. He completed his Ph.D. in economics at MIT after finishing his bachelor’s degree in economics and political science at Brown University.

“The thing I love the most is watching the young people with whom I work fulfill their own ambitions. I love watching them succeed. I think it’s really important to maintain these relationships over the longer term.”

“Sandy’s mentorship has been pivotal to my skill development as a researcher and identity as a scholar. His consistent engagement is why I call Duke home, and his example is why I see academia as a viable career path.”

“What is remarkable about Sandy’s impact as a mentor is not that he has dedicated this caliber of stewardship to my growth but that he has done so for scores, if not hundreds, of students.”

“It is not every day that you come across someone who receives so much honorable recognition and reverence in academia yet still holds space for you to voice your outlook on different issues. He always reminds you that your scholarship matters. He never allows you to believe you are a failure even if you’ve ‘failed.’ ”