Going Beyond Getting Published to Actually Getting Read

So, you’ve gotten your research published in a journal, and you’ve made a new contribution to your field. Congratulations! But how do you make sure that people will actually read your work and engage with it? 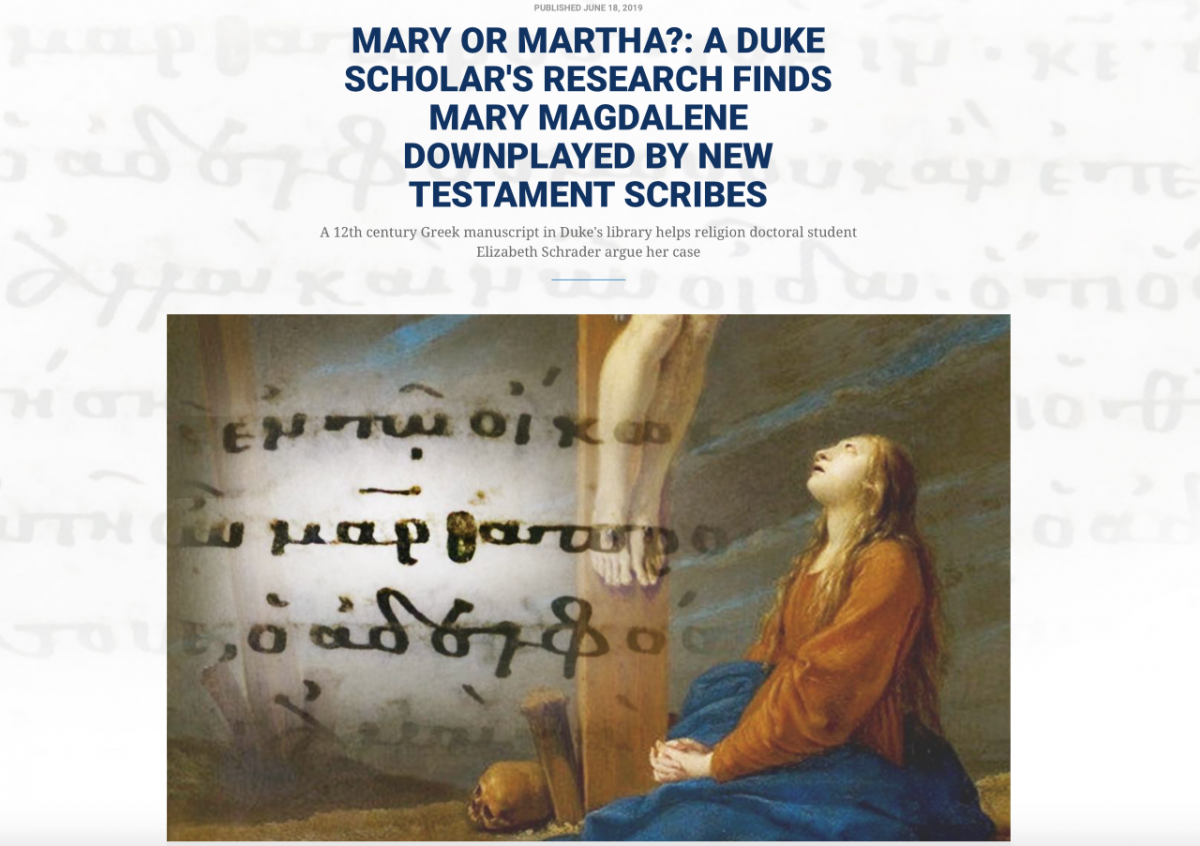 In 2017 the Harvard Theological Review published an article of mine that argued that the text of the Gospel of John may have been changed to diminish Mary Magdalene’s role in the story. I realized this was an important article, but since I was just a graduate student I didn’t know how to get the work read widely. I eventually was able to figure out how to get the information into the news, but it took a couple of years to really get the results I wanted. Here are a few tips that ended up working for me along the way:

Make sure your article is available on Open Access.

My article had been out for almost two years by the time I learned about the importance of Open Access. Although I had been published by a prestigious journal, my article was hidden behind a paywall, so few people could actually read it. Look at your publisher agreement and check out the open access policy to see if there is a way to make your work available to the general public. Often a publisher will let you upload the last Word document you submitted to them (without typesetting) to your Duke Scholars page. 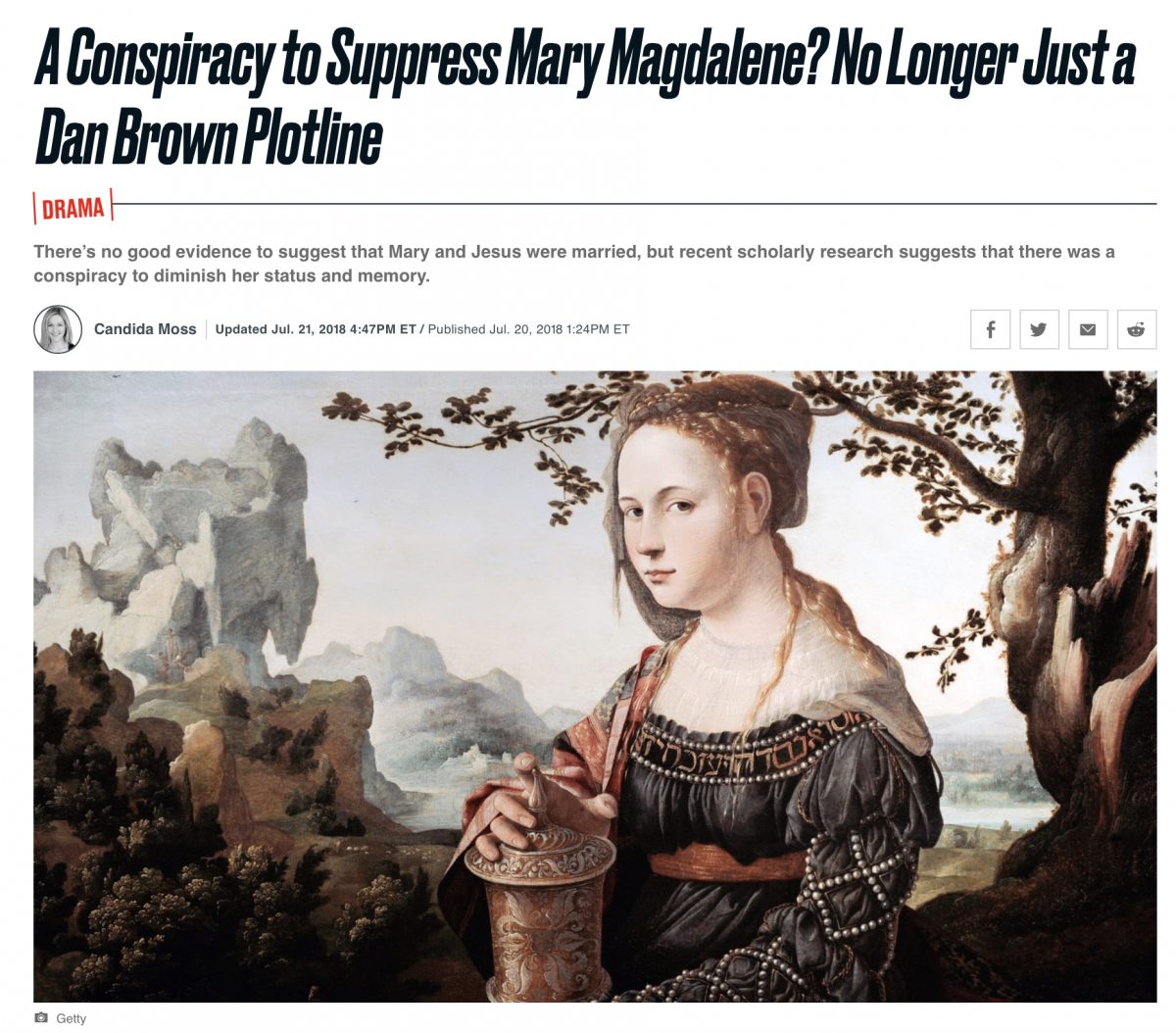 Reach out to senior scholars whose work you have read and admire.

When I saw that a well-known scholar named Candida Moss had written a column about Mary Magdalene in The Daily Beast in early 2018, I realized that she hadn’t read my article yet. I wrote her a (very polite) email with a link to my HTR article, along with genuine compliments about the books of hers that I had read. I wasn’t looking for anything from her, but she did read my article and apparently she liked it. She invited me to meet the next time I was in New York; when we did she told me she’d like to write a Daily Beast story about my research. Obviously this kind of luck won’t happen every time, but it also wouldn’t have happened if I’d never reached out to her. Don’t be afraid to reach out to senior scholars–and a good rule of thumb is that if you want them to read your work, make sure you have read theirs.

Use the resources of University Communications.

Duke has incredible resources for promoting the work of students and faculty. In a Duke Doctoral Academy course called “(Digital) Publishing 101,” I learned about University Communications. If you have published an article, University Communications wants to promote it! Don’t be shy to reach out to the writers who specialize in your field. They are all extremely professional and often have long careers of journalistic and communications experience behind them. They also have valuable contacts, and because Duke is such a well-respected school, journalists at bigger outlets will listen to their pitches. A piece written about my research in Duke Today was picked up by Religion News Service; that’s when my research really started to gain traction. Also, don’t underestimate the power of Duke’s student newspaper, the Duke Chronicle. Those stories can go viral, too!

It actually took a lot of trial and error for me to figure out the best way to get exposure for my research. But these three strategies (making the article open access, reaching out to senior scholars, and contacting Duke's University Communications Department) helped the information break into the mainstream media, and I am now beginning to see my work cited and referenced in my colleagues’ papers. Since May 2019 I have also gotten over 2500 downloads of my paper from the Duke Scholars page! Although it took me a while to figure out how to get my published research more widely read, I hope these tips will provide a few shortcuts to help other scholars who are seeking greater exposure for their work.

Elizabeth Schrader will be giving two presentations in the near future.

Elizabeth Schrader is fifth-year doctoral candidate in Early Christianity in Duke's Graduate Program in Religion. Her research interests focus on textual criticism, Mary Magdalene, the New Testament Gospels, and the Nag Hammadi corpus. She holds an M.A. and an S.T.M. from the General Theological Seminary. Follow her on Twitter.