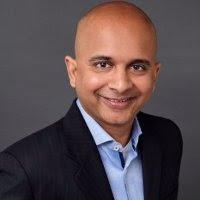 Vivek Padmanabhan received his master’s degree in computational mechanics at Duke in 1998. He then worked for a consulting firm in the automotive industry for two years before attending the University of Chicago’s Booth School of Business. He has worked as a consultant at McKinsey & Company and as a top-level executive at eTelecare Global solutions, a business process outsourcing company. Mr. Padmanabhan is currently the Founder and President of PSG Global Solutions, which provides outsourced recruiting support to the global staffing and recruiting industry.

Tell us about yourself.

I was born in India, where I spent my childhood and adolescent years. For my undergraduate education, I attended the Indian Institute of Technology in Madras, where I majored in civil engineering. I decided I wanted to get a master’s degree in the United States, so I applied to graduate school. I was fortunate enough to obtain a full scholarship from Duke. This was in 1996, and it was my first time coming to the United States. I loved it. I was young, and Durham was a smaller community back then, which made it easier for me to adjust to a new country. I completed my master’s degree in computational mechanics and I worked on contact mechanics with Professor Tod Laursen, now President of Khalifa University in Abu Dhabi, UAE. I learned a lot and worked quite hard.

When did you know you wanted to transition out of academia?

My master’s program was a great experience, but about a year and a half into my time at Duke, I knew that I wanted to go into business. While I liked technical matters, I spent a lot of time behind a computer screen and wanted more interaction with people. I also thought back then that there would be better economic opportunities in consulting and banking than in civil engineering. After my master’s degree, I got a job in engineering consulting in Michigan. I was working in Detroit, modeling car crash simulations. I did that for about two years before going to business school. I attended the University of Chicago’s Booth School of Business from 2000-2002. I then decided I wanted to be an entrepreneur because I liked the creative aspect of the job. I wanted the freedom of designing and building a company from the ground up.

What did you do after that?

During business school, I interned with McKinsey in Munich during the summer of 2001. After graduation, they invited me back to work in their office in Berlin. I worked there for about a year and a half and then began a targeted job search. I had to think about whether I wanted to begin my career as an entrepreneur or gain more experience. I decided that it would be best to work for a small company where I could learn a lot and develop professionally.

I ended up working with two former colleagues from McKinsey who were in L.A. and had founded eTelecare Global Solutions, which provided outsourcing services to different companies. The company was four years-old and had $32 million in revenue. I felt this would be a good environment for me to learn how to scale an organization, manage a profit and loss statement (P&L), and lead a large group of people. It ended up being a great experience. When I left four years later, the company cleared $250 million dollars in revenue. I got to see the growth of the company upfront as an executive on that team.

Why did you leave eTelecare Global Solutions?

I always knew that I wanted to establish a start-up venture. After the company went public on the NASDAQ, the founder of eTelecare said he would be interested in starting a company with me and another executive. The idea was to set up a small fund and create a company in outsourcing. After some research, we determined recruiting was a large market and US staffing was a $120 billion-dollar market. The competitive landscape for offshore recruiting support was weak with just a handful of players – and none of them had scale. So we started PSG Global Solutions in November 2008. It was a green-field start-up with 10 employees and now has about 1100 employees, most of whom are in the Philippines. We have grown about 40-45% over the past 5-6 years.

Tell us more about your current job. What is your favorite thing about what you do? What has been the most surprising thing about it?

My favorite thing to do is probably what I liked doing back at Duke: thinking about building new things. More specifically, I love exercising creativity in order to build new things. No one has yet figured out high-end professional recruiting from a low-cost country because it’s really hard to do. I’m constantly trying to figure out how to be successful at this. I like thinking about unsolved problems that we would be the first in the industry to solve.

The most surprising thing for me is that this work requires stamina. When I first thought of starting my own company, I was worried about not having the necessary skills to be successful. That really wasn’t an issue. The thing I needed to be more concerned about was whether I had the right attitude. When you’re starting your own company, you have to ride the highs and the lows. It’s a long, intense race. If you run too hard, you’ll run out of steam. If you don’t run hard enough, you’ll run out of money. It’s hard work and fraught with risk. I realized I had to pace myself better and be more comfortable with the process of being an entrepreneur.

I have two pieces of advice:

Any advice for international students coming here for the first time looking to be entrepreneurs?

For international students, it really depends on what your goals are. You need to think about what are the regulation-related constraints towards becoming an entrepreneur. You cannot start a company as an H1B visa holder. You’ve got to basically figure out how to get to a permanent residency status before you have true independence to do what you want to do, unfortunately.  As an alternative, you can become an entrepreneur in your home country. That is a reasonable and a viable thing to do. However, it would still be good for you to work for at least a year in industry in order to figure out how such work is done and then apply that knowledge as an entrepreneur.

What does the future hold for you?

This company was built for an eventual exit. We will at some point in the future look for our next thing, probably sometime in the next 3-5 years. Further down the road, we would also like to invest in young, enthusiastic, and successful people who want to start their own companies. We would like to give back to the upcoming generation of new entrepreneurs to help them succeed. That is our hope. 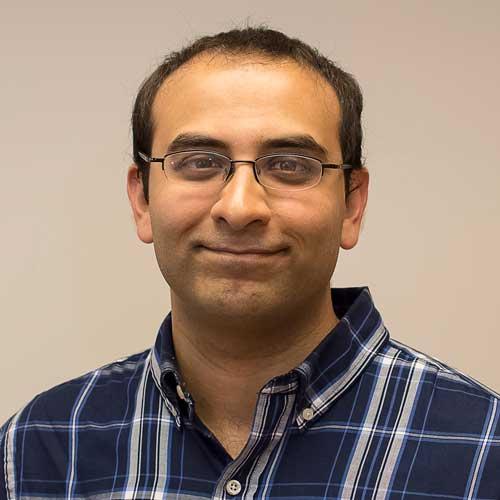 Shuja Rayaz is from Little Rock, Arkansas. He graduated from the University of Arkansas-Little Rock in 2011 and then matriculated at the NYU School of Medicine (NYUSOM). After his third year at NYUSOM, he became a Master's student in biomedical engineering at Duke. Shuja will graduate from Duke in May 2017, and will then return to complete his last year of medical school at NYU.