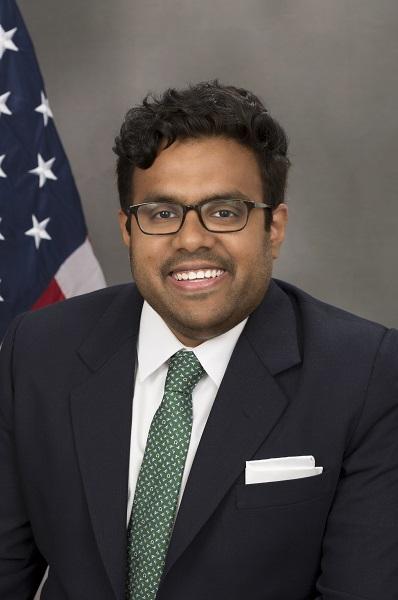 Vijeth Iyengar received his Ph.D. in Psychology in 2016 and began his current role as a Presidential Management Fellow (PMF-STEM) at the Administration for Community Living (ACL), an operating division of the U.S. Department of Health & Human Services, in September of that year. There, he works as an aging services program specialist, working with grantees who deploy evidence-based interventions that ease the burden on the aging populace with accessible programs and technology. He is the recipient of a National Science Foundation Graduate Research Fellowship, the NINDS Exceptional Summer Research Student Award, and the Duke Alumni Association’s 2016 Forever Duke Student Leadership Award. Dr. Iyengar also serves as a member of the Regional Board of Directors for DukeDC and as a mentor for College Bound, Inc. The opinions and views presented below solely reflect those of the subject of this post and not his federal government agency.

Can you tell me a little about what you do as a Presidential Management Fellow?

I work as an aging services program specialist, which more or less translates to being a Program Officer. Along with my colleagues, I help monitor and manage grants that are awarded to states and private organizations for evidence-based interventions that target individuals suffering from dementia and their family caregivers. The idea here is that we're an aging populace, and a heavy percentage of the care currently rests on family members. With this in mind, it becomes important to understand how we can deploy services and programs that are aimed at training and educating caregivers about how to manage the symptoms, behaviors, and negative outcomes of folks who are dealing with dementia. Operating within the framework of cooperative agreements, I work with grantees to determine that they have evidence-based interventions with clear outcomes, and that these interventions are being evaluated with well-validated psychometric instruments when applicable.

The other part of my portfolio that I've slowly started to develop revolves around the intersection of aging and technology. Many individuals want to age in their homes. This becomes potentially problematic if they live alone and have no family caregiver living in the home or nearby. However, there's an avenue by which technology can help in terms of remote caregiving or attempting to address some of the issues (e.g., falling at home or aimless wandering) that individuals with dementia may exhibit. Specifically, technological tools may have a role, via sensing and monitoring mechanisms. Were someone to fall, a technological tool could alert the first responder. If someone were to wander, maybe the tool pings the caregiver to help determine where the individual is. Ethical and other regulations need to be fleshed out, but I'm attempting to advance my understanding of this interaction as it relates to interventions, programs, and policy.

It's been an interesting and productive first year. Check back with me to see how I am doing after my second year!

How did you end up working for the government, and did you feel prepared for the kind of work that you do now?

Sometime in my third or fourth year, I started to wonder about the kind of impact that I wanted to have on society, and I was thinking about a setting where I could thrive and effectively apply my scientific training in a service and programmatic delivery context. At that time, the Obama administration was doing a lot: you had the BRAIN initiative, the formation and implementation of a Social and Behavioral Sciences team. Additionally, there was a surge of individuals going into federal government via fellowship programs, which persists today. You had and continue to have goodwill from the government to invest in scientific research endeavors, so that was the impetus. I asked, myself what are the steps I can take to address this growing interest?

I had to make a career pivot.

I took advantage of the fact that my older brother lives in DC and started occasionally scheduling meetings with Duke alums working on Capitol Hill and at think tanks and foundations. I found these alums through LinkedIn (conducting a simple search like “Duke policy DC”) – so folks who were not just within my current department. I also reached out to individuals at the Duke Alumni Association for recommendations of who I should meet. This gave me a sense of how someone with a PhD in Psychology from a fairly good school who was interested in science policy and wanted to make a pivot from academia would proceed or fit in outside of the strictly academia sphere.

In congressional offices, I noticed that the individuals with PhDs often had either an American Association for the Advancement of Science (AAAS) fellowship or a Presidential Management Fellowship (PMF), and a lot of folks told me to look at the fellowships, too. My contacts also recommended that I explore potential opportunities on congressional committees. You definitely see individuals with PhDs on committees, the idea being that they have a deep level of expertise in a particular field that can inform the elected official.

The PMF is a two-year program with the goal to staff up the federal workforce: to draw folks with advanced degrees who could bring their expertise to the federal government. I knew about it because my older brother had applied. The application chances aren’t good for the program: maybe only 300 out of 6,000 applicants get placements in the government. It was a pretty big risk for me to take at the time.

As for being mentally prepared for my current role, I think one could approach this question with two thoughts:  One is asking whether I regret not pursuing academia, and I don’t think so. I like the work-life balance. I like that I don’t have access to my email after work hours; in academia, on the other hand, you're expected to be on the clock, always. I’m not going to go on vacation and think about the experiments that I have to run. As for the other thought to consider, well, a lot is learning on the job. I have great colleagues. Culturally, this job is different from what you would expect in academia. Your academic lab is typically composed of 20- to 30-year-old graduate students and postdocs, but my colleagues are people who have been working in the government for a number of years, sometimes upwards of thirty years. As with any job, I have to be respectful and courteous, but more importantly, a really valuable skill to have is the ability to say I don’t know. Of course, I think that it helps that I'm currently in a fellowship position, where the expectation is that I'm being trained, but I think that a lot of folks would be happy to help if you say, “Hey, do you have 5 minutes? Can you show me how to do this?”

What advice would you give to current students?

Be engaged with your community – take advantage of the leadership positions available, and reach out to Duke alumni. Expand beyond your current research bubble and talk with some of the professors and students beyond your department, so that you can get outside perspectives.

While I was still in graduate school, working on my thesis, I emailed alums and asked, “Hey, do you have 15-30 minutes for a phone chat or to get coffee?” It’s hard to get meetings on the Hill if you cold-email folks, but if you keep them short and sweet and use the Duke Alumni Network, I think people are happy to help. You can get on their radar in this way. I personally also kept a spreadsheet of who I met, why I met these people, and when I met them. When I got the PMF, I emailed these folks an update. I’d say about 20% of them responded, saying, “Great, thanks for the update, let’s stay in touch.” I think a lot of people appreciate the follow-up. I think that sometimes graduate students don’t see the value of building relationships if they don’t see the immediate benefits, but I think that regardless of the field or even exact career path, a lot of it is just putting yourself out there. No one will give you a job because you’re the right person unless they actually know you exist and you’re the one they think of when they hear of a particular job.

As for leadership positions, while I was acting as a graduate student liaison for the mobile health group and as a rep for GPSC [Graduate and Professional Student Council], I was able to get an outsider’s perspective; I escaped the research bubble by meeting folks outside my department. For example, I was able to organize an event – our GPSC caucus, along with the Duke Alumni Association, the Center for Politics and Public Leadership, and the Sanford School of Public Policy, set up a discussion with Reggie Love, who is a Duke alumnus. He discussed his experiences as personal aide to President Obama and as a member of the ’01 Men’s National Championship Team. Additionally, our GPSC caucus, along with the Duke Alumni Association and the Career Center, was able to organize a panel on career and professional development with panelists from the Hill, the Duke Board of Trustees, and the Fuqua School.

I also got to know folks from other Duke schools, which was really useful. I went to events from the other schools when I was interested. You can ask the organizers, “Hey, do you have 30 minutes? Can we go over how best to get involved?” Maybe that means takes classes, or doing an internship, or starting your own science policy journal club. They’ll help clarify what skills you need given the current interests that you have.

Don’t underestimate the power of the Duke community for helping you make connections and grow your career. 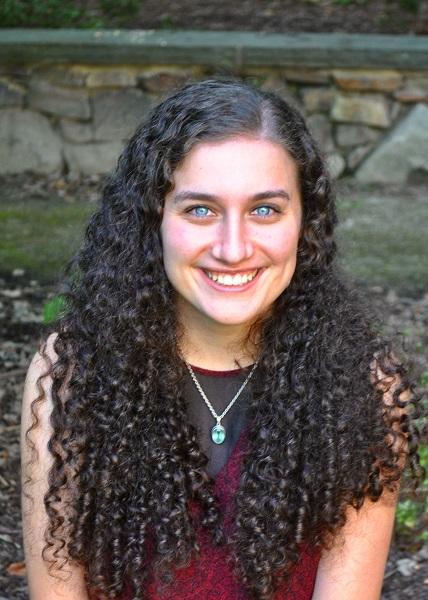 Christina Bejjani is a Ph.D. student in the Department of Psychology & Neuroscience. She studies how people learn to adapt their attention across various contexts.