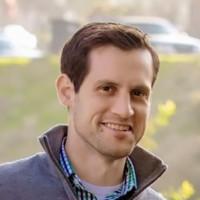 Nathan Fitzsimmons received his B.S.E. in Biomedical Engineering and his Ph.D. in Neurobiology from Duke. After graduation, he completed a postdoc at Duke for a year, then worked at McKinsey & Company as an Engagement Manager for five years. After brief roles as Entrepreneur-in-Residence with Intellectual Property Associates and Head of Operations with Nocicept Technologies, Dr. Fitzsimmons began a position as General Manager of Aesthetics at Dyve Biosciences, a biotech company that aims to develop therapeutics using a novel transdermal drug delivery technology. He is currently the Vice President of Research & Design Strategy there.

As a fellow neuroscientist, I have to ask: what made you interested in pursuing a Ph.D. in neuroscience?

I have been interested in the brain and philosophy of mind since high school. Growing up I read a lot of cyberpunk books, like Neuromancer, and watched movies like Robo Cop. I was really interested in the idea of brain machine interfaces, even before my undergraduate career. One of the reasons I was interested in going to Duke for my undergraduate degree was that there was a lot of that type of research going on there. I started out as an undergraduate in biomedical engineering, but I was also able to be part of a focused program where I was able to do more coursework in philosophy and neuroscience. Back in the early 2000s, there wasn’t a whole lot of curriculum dealing with brain machine interfaces so graduate school was appealing as it allowed me to dive deeper into those types of questions.

Did you have any specific professional or career plans in mind as you were completing your graduate degree?

I never really considered academia. I always wanted to work on something a bit more tangible, making products that make an immediate difference. Sometimes in science, you are working on things that can be decades away from making a difference in people’s lives. Personally, I wanted to get a little bit closer to the action and make something that wasn’t just a pipe dream decades away.

Coming out of Duke and thinking about next steps, I still wanted to do something related to neuroscience. But, since I also considered the possibility of starting a company at some point, I wanted to try and find a job where I could be involved in decision making and bringing products to market.

How did you actualize those career plans?

A lot of the feedback I got from hiring teams was, “You can come here, and we’ll hire you as a scientist. You can be in an entry-level position running experiments, but if you want to be involved in decision-making and driving the product, we’re not going to hire you for that job.” They told me that my options were to (1) join as a scientist and slowly work my way up the ladder over time, (2) start my own company, or (3) go back to business school for a degree before they’d take me seriously.

At that point, there was no way I was going back to school. It felt like I had just been in school for a million years. But then, someone told me, “If you don’t want to go to business school, you can apply for a management consultant position to gain on-the-job experience. It’ll give people a reason to take you seriously, and give you a chance to make big decisions outside of academia.”

I didn’t know anything about management consulting or even what it was as a Ph.D. student. Now I know it’s just brains for hire, people who can work hard and tackle a wide range of problems companies might have. Getting that job made the rest of my goals possible.

What was the transition from academia into management consulting like?

It was definitely a bit jarring. You are quickly thrown into situations pitching ideas to CEOs about companies they should acquire, what to spend more or less money on. It was pretty crazy and I had plenty of moments in the first year wondering, “Why on earth does this CEO, with tons of knowledgeable employees, want my opinion?” I have a degree in neurobiology and knew nothing about pharmaceuticals or some of these other ventures. But the reality was that I had many mentors at McKinsey to help guide me when I was new to that space.

I ended up sticking around for about five years, a year or two longer than I had planned. The lifestyle ended up being the dealbreaker for me. My main client was out in Chicago, and I was flying across the country every week with two little kids at home. It wasn’t sustainable. On top of that, for me a small downside to management consulting is that you never really get a sense of ownership over a specific project. Instead, it’s like all the things are on fire and your client needs you to please come in, and put out all the fires so they can get back on track. You tackle many different problems and apply critical thinking, but then you leave and move onto a totally new problem. You don’t hear from the client again until the next big fire.

That being said, I learned a ton about how to think things through from a business perspective. Funny thing is, it's not as different as you think it might be going in, business versus basic science. I realized that getting closer to any topic tends to demystify it. It's all about reps, and the more you do something, the better you get at it.

How did you transition from McKinsey into your current position at Dyve Biosciences?

When I decided to leave McKinsey, I knew I wanted to have a project where I could see it all the way through, start to finish and share in that success. Something where I could say, this is my baby; this is my product. Part of me has always wanted to build something that was mine and be involved in decisions that create something from the ground up.

I ended up reconnecting with some folks that I had previously worked with at McKinsey, and they were starting this new company, Dyve. They really pitched me on joining them, on helping them build it from the beginning. And at the end of the day, I love where I'm at. I lead the R&D (research & development) team here. It’s a nice balance of science and the high level strategic thinking on the business side, skills I picked up from my time at McKinsey. I get to drive the direction of all the projects we imagine up and figure out what to push into the clinic, how to prioritize these goals, how quickly to pursue them.

Coming out of McKinsey, I was really keen to work in the startup space and a good friend and mentor at McKinsey gave me some advice that really resonated with me as I was looking for my next job. Basically, when you are looking for anything to do in your life there are three core things you can try and optimize around: people, placement and topic. Realistically, it is rare that you'll ever find the perfect trio. Even two can be difficult. So you really need to sit and think of what is the order that you put those three in, in terms of enjoying your life and being fulfilled. In my case, I think that conversation spun things a little bit for me. I'm very much a people person. I'm the sort of person that, as long as I'm doing something intellectually stimulating and challenging, it doesn't really matter the topic. It doesn't really matter where I'm living as long as I'm doing it with good people that I like to spend time with.

Do you have any favorite memories of Duke?

I was at Duke for eight or nine years including my undergraduate degree. I didn’t necessarily come in as a basketball fan, but my first year of undergraduate and my last year of graduate school, we won national championships. It is kind of impossible not to be a pretty big fan coming out of that and I'm always planning to get back to Cameron and see a game, although unfortunately not from the student section.

A second memory is more specific to my lab. I know every principal investigator has a different setup so the environment is different across labs, but I think working in the Nicolelis lab was probably the first time there was that inkling of just how much more fun I can have when I am around a bunch of really smart, driven people who are all able to get along and mix while pushing in the same direction. We had a lot of power and freedom, maybe too much power and freedom, but we didn’t take ourselves too seriously. Ultimately, that allowed us to produce interesting stuff while making the hard work of science more fun. I’ve been trying to replicate environments like that ever since. 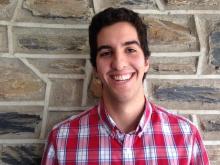 Marios Tringides is a graduate student in the Neurobiology department. He studies auditory processing and the neural mechanisms of vocal learning and production in Rich Mooney’s lab. In his free time he enjoys exploring Durham with his dog.