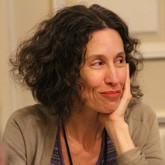 As Senior Principal Engineer, Maria Bezaitis leads the Market Pathfinding team on Intel’s Next Generation Standards Group. Her team is responsible for identifying key shifts in the social and ecosystem landscapes as a basis for new business models and technologies in an era of ubiquitous connectivity, smart devices and networks. Maria’s own research has focused on the changing nature of the smart technology landscape and the rise of technologies that augment human skill. Following her Ph.D. in French Literature at Duke in 1994, Maria began her post-academic career at E-Lab, a firm that pioneered the use of ethnography and design planning for product development, where she became Managing Partner. Before coming to Intel, she was a Vice President at Sapient and co-led its global Experience Research organization, the first of its kind in the technology industry.  Maria is the president of the Ethnographic Praxis in Industry Conference. To learn more, you can view her TED talk on the importance of strangeness in digital relations.

This post is the second in a two-part series profiling Maria Bezaitis. You can read the first installment here.

How do you see your career path from a Ph.D. in French Literature to your current role at Intel?

The transition to Intel was totally discontinuous from the world of my training, because the ethnographic work I did in the applied sector was dominated by anthropology. Anthropology supplied the methodological language, the language about process, and the language about values. It has taken me a very long time to extract myself from that, to start to think more directly about how have I remained, behaved, and performed as a Humanities researcher while surrounded by anthropologists and designers. People who make the jump I have made tend to come from the social sciences; it is much less common to find a Humanities trained researcher, especially in the Romance languages, doing this work. Intel has over 100,000 people, and I know there is no one with my background here. We have some Ph.D.s in sociology and anthropology, but not in the literature space.

Your job title is “Senior Principal Engineer.” What does that mean at a place like Intel?

Intel has two tracks for advancing people. One is a management track that leads to Vice President and Corporate Vice President, and the other is a track that Intel calls a technical path. For that technical path the nomenclature is based on advanced engineering titles. So “Senior Principal Engineer” demarcates an advanced level of technical expertise that’s applied to research and problem-solving, leading to strategic impact at the company. My team has had to work long and hard to get Intel to recognize that the expertise of someone like me is technical expertise because it references a set of methodologies and theories based on disciplinary knowledge that is substantiated in the academic world. Moreover, those toolkits and approaches can be translated to have product impact for the company, which is really where the engineering dimension comes in: engineers make things. Our job is to influence the engineers to make things that are in line with the values people bring from the social world.

Do you think your success has been influenced by your interdisciplinary work as a humanities researcher?

Yes. I did a very strange Ph.D. My academic work was about the emergence of photography in the late nineteenth century, and how seriality as a form introduced by the technology of photography started to inflect early twentieth-century markets and literary genres. I did what would now be looked at as a classic cultural studies project, at a time and in a department where that work was not mainstream (though there was a tremendous amount of support). I am not a specialist in Medieval literature, or Renaissance literature, or Balzac. I put something together that very much represented my interests and the questions I wanted to ask, and something that also allowed me to do the writing that I wanted to do.

How do you view the relationship between your graduate school training and your work in the technology sector? Has that changed over time?

When I first left academia I thought, okay, I’m doing ethnographic work. In the applied sense, that means I was going out and interviewing people and observing, being part of a particular culture for a period of time. I was very eager to do that, and that felt like more of a divorce from graduate school than what I do now. But all of these jobs live on a spectrum. Ethnography wasn’t an explicit part of a Ph.D. in French at Duke, but it was a skill I learned implicitly. It was still a part of the landscape, of how cultural studies was evolving, what approaches cultural studies valued, and how the text was perceived to be part of a culture at a historical moment. These breaks aren’t ever really clean—it’s more about what psychology and mindset you have to adopt to function.

You knew even during your time in graduate school that you were looking for opportunities beyond academia. What factors informed that decision?

I knew that I didn’t want to be in the classroom, and I didn’t want to be publishing academic work. I also did not want my career to depend on the whims of job opportunities. I didn’t want someone else deciding where my life would be spent. It was easier for me to go back to Chicago and start over. I was not fearful, and sometimes what keeps people from making this jump is anxiety: what am I going to find, where am I going to look, who am I going to talk to? But that was not a threatening proposition for me. Whether you feel you are leaving your training behind depends on how linear you think that value proposition has to be. For me the non-linearity was not a problem. The background and the credentials don’t stop being valuable, the value just changes.

What are some strategies you have developed to communicate that value to people in tech? You mentioned specifically the challenge of having them see your expertise as technical in nature.

Regardless of how effectively I can communicate in certain settings, my actual background remains a black box. I don’t work terribly hard to get people to understand that. I care less about that now. Trying to get an engineering company—and a manufacturing company in particular, which is what Intel is at its core—to think about people in the course of doing its work, and to bring organization to that insight, is never going to stop being hard. It is always a challenge. I have gone back to some basic approaches. I did a project on the term “smart” some years back, at a moment when Intel was starting to bank on that term to make its transition out of the PC ecosystem and into a world where Intel’s role would be fully data-centric. Looking at the history of the term, its evolution, and its role in 20th century technology discourse (through publications, research, media, and press) was a way to both showcase my expertise but also to impact something for the company. I could demonstrate a diversity of meaning and then offer Intel a way forward, by showing that what we wanted to be able to do with the term was in some ways already there. When I intervene in that way I am doing what they brought me here to do, which is to change the worldview of the engineering community and the business community at Intel. I’m changing the ways in which they look at what’s possible. If you don’t change the mindset and worldview of the technical leaders here, you don’t stand much of a chance at doing anything else. That’s where those provocations become relevant and valuable. 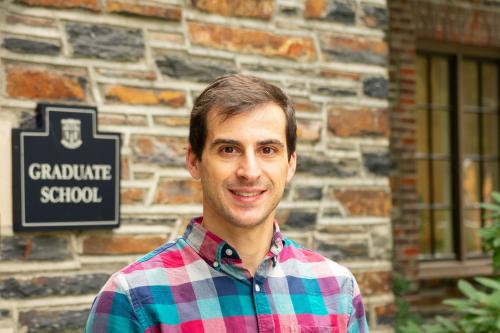 Davide Carozza is a Graduate School Administrative Intern and is preparing to defend his dissertation on risk management and British literature in the eighteenth century. He studies the role the early English novel played in shaping and disseminating a discourse of risk that marks the beginning of the modern era. Novels and political philosophy that presented the world as a sequence of dangers that one must learn to navigate, he argues, made possible the conception of the autonomous individual that is now embedded in all aspects of modern society.