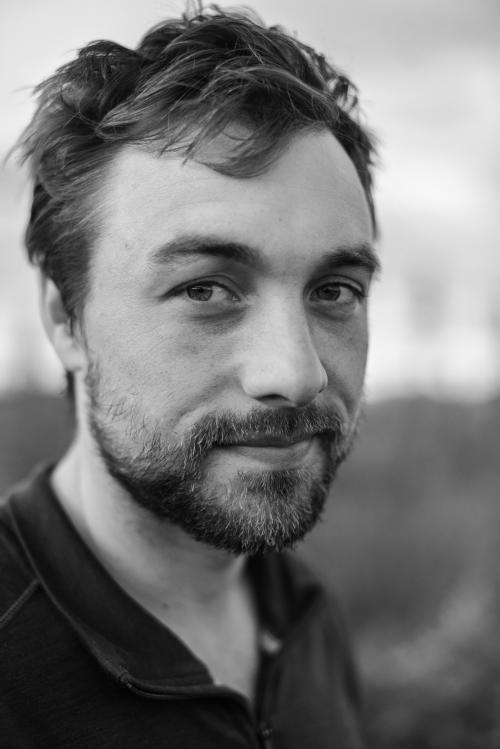 Ken Ilgunas received his master’s degree in Liberal Studies from Duke in 2011. He's an award-winning author, journalist, and backcountry ranger in Alaska. The author of the travel memoir Walden on Wheels is from Wheatfield, New York. He hitchhiked ten thousand miles across North America, paddled one thousand miles across Ontario in a birchbark canoe, and walked 1,700 miles across the Great Plains, following the proposed route of the Keystone XL pipeline. He has an undergraduate degree in History and English from SUNY Buffalo. Over the next year, he intends to write a how-to guide for graduating seniors on how to deal with student debt.

How did you end up at Duke to pursue a graduate degree?

Out of debt, I felt for the first time that my life was my own, and that I could do whatever I wished with it. I thought Duke would help me become a better person. I knew I wanted to write, but there was something about an MFA that turned me off. When I think about my literary heroes, Jack London, Mark Twain or Ernest Hemingway, they didn't do an MFA, they went out and lived. They had these amazing experiences. They used the universe as their classroom.

So there was something about that and Duke’s Graduate Liberal Studies program that I was drawn to. I liked that I wouldn't be overly specializing in one career but rather opening myself up to basically everything. So I thought, “Why not become a wiser person? It certainly won’t hurt your writing in the long run.”

And, a lot of choosing Duke was about climate. I knew that I wanted to live in a van. I thought about Connecticut, but then I thought about a winter there, versus in North Carolina. It would probably be a lot more comfortable in my van. And, the Duke name comes with a lot of prestige. The GLS program offered me a good financial aid package, so it all worked out. I’d like to think I’m not allured by prestige, that can be a mirage, but I guess I’m as susceptible as anyone.

What were your career plans when you started at Duke?

The primary thing was I wanted to go somewhere where I can really embrace my love of learning and become a wiser and better person, the best person I can be. Some may argue a Liberal Studies program is not the best place for that. Volunteering, PeaceCorps or something like that would be better. But, a Liberal Studies master’s degree, to my mind, was probably the best way to optimize myself as a person.

The secondary goal was certainly to become a writer. I fantasized about becoming a travel writer someday and I didn’t think the fastest route to a writing career was an MFA or writing program, but GLS was the broadest possible academic experience.

What do you find most valuable about your Duke experience in your current career?

It becomes a part of you, it’s impossible to distinguish what made me become a writer, something in me, or a two-and-a-half year experience at Duke. But, I took three writing courses while I was in GLS.

I want to avoid saying GLS directly led to a career, but I wrote my first book largely from my experiences at Duke in the Liberal Studies program. I made a hugely important professional and personal contact while in the program through my thesis mentor, Christina Askounis. She’s now retired, but she was a creative writing lecturer in the English department. She helped me craft the first rough draft for Walden on Wheels and I wrote that book for my final GLS project.

I also took a class on Biodiversity in North Carolina and wrote a giant paper for it. The funny thing is, you think when you write a paper, that’s the end of it, but I actually used that paper for a whole chapter in my last book, This Land is Our Land. The more that I think about it, the more I draw from my Duke experience. It’s impossible to see how you’re progressing, learning, developing while you’re in the middle of it.

What does a Duke master’s degree mean to you?

It’s a great luxury and a great privilege to have access to this. I wanted to be a travel writer in my twenties when I was reading a lot of travel literature, all the great classics. The funny thing is, with Walden on Wheels, I didn’t even realize I was on a journey that I would someday write about. I thought I was traveling to pay off my debt. That’s not the most interesting sort of journey, whereas some authors were living in the desert, or flying in early 1940s France or whatever. So, I didn’t think that a journey about paying off my debt in Alaska or living in my van would turn out to be a really good travel book. But, it took the reader to interesting places that they typically wouldn’t visit.

I would say any liberal arts degree is going to make you examine the world in novel ways, in ways that you otherwise wouldn’t have. I don't know what it is about reading Zora Neale Hurston or Simone de Beauvoir or another literary classic, but the process of reading them and analyzing, talking them over, writing thematic papers… it wakes up a part of the brain that is otherwise not developed. To me, Thoreau’s cabin wasn’t just a home, it was the reimagining of a life, it was the conviction that we can turn the wildest figments of our imagination into something real.

From reading, you’re able to see and view the world with the same critical lens as the books. It makes us better voters, less liable to be subjects of propaganda. It makes us better and more whole. We become well-balanced citizens. I’m very grateful for what my GLS degree and liberal arts undergraduate degree have done for me.

What advice do you have for current students at Duke?

I think the great benefit in the GLS program is the freedom you have to take in any department, or even undergraduate classes. The most important class I took was in an undergraduate class called Travel Writing. That’s where I wrote my essay, "I Live in a Van Down by Duke University," that became my first published essay and led me to getting a book deal. That freedom to explore really opened a lot of opportunities for me. My advice for master’s students is to explore widely, openly and adventurously.

I feel like a journey is only half a journey until you write about it. It’s not until we sit down and write about it and weave it into the narrative of our lives that we extract meaning from it, that’s when the journey becomes whole. 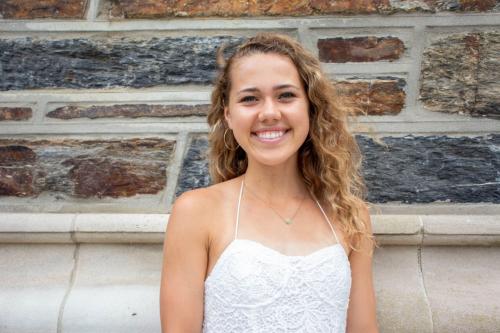 Sheridan Wilbur is a first-year master’s student in Graduate Liberal Studies at Duke. Her coursework is focused on literature, philosophy and journalism. She’s interested in a career that includes creative writing and storytelling. Beyond her coursework, she’s a Division 1 athlete on Duke’s Track and Field team.