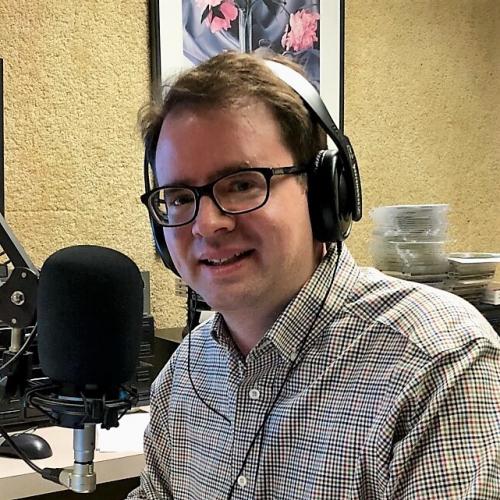 Jason Heilman received his Ph.D. in Musicology and European Studies in 2009. While working as music administrator, educator and in the innovative role of “concert narrator” for a non-profit chamber group, Tulsa Camerata, he explored new ways to share classical music with a wider audience. Currently, he is the host of the radio show “Classical Tulsa” for Public Radio Tulsa.

You worked as an executive director and audience education facilitator in Tulsa Camerata previously. Can you describe your previous work? How did these experiences lead to your current job?

When I finished my PhD in 2009—at the height of the recession—I was back in my hometown of Tulsa, and I met up with a couple of friends from college who were interested in starting a non-profit chamber music group. We all decided on the organizational structure together and launched Tulsa Camerata the next year. I was on the board at first, and later I worked as the executive director for a couple of years.

There are many similarities between being a music administrator and an arts administrator. Most crucially, we both have to appeal to donors to give us money to operate. One of the advantages in music is that we get people to come to concerts, where we can make those appeals in person. But there’s always organized chaos when it comes to performances. Our artists are still very much alive and have strong opinions of their own. For example, you might get a phone call at 3 am for a new idea. But that’s also the exciting part of it. You just have to embrace it.

At the same time I was in administration, I also worked as Audience Education Facilitator for Camerata, writing program notes for all the concerts and giving public talks about what’s going on in the season. At our concerts, I would go out and introduce each piece. The audience seemed to appreciate the introduction and I enjoyed getting the chance to be on stage. But when I started to become more involved with the administration, raising money and making payroll, it felt like I was getting farther and farther away from actually talking and thinking about music. So I started looking for ways to refocus my life in that direction. That’s when the radio show idea came to me. At the time, I was working with a guy from the local public radio station who would come to record our Tulsa Camerata concerts. I shared my ideas for a new radio show with him, and it turned out that they had been wanting somebody local to do that already. So in a way, I sort of stumbled into the job!

Can you describe your current work as a radio producer?

I broadcast a weekly public radio show called “Classical Tulsa” on classical music and upcoming local performances. I come up with a playlist and play quite a bit of music during my time on air. Apart from writing the show, I also conduct interviews with local and touring musicians, some of which are later distributed as my Classical Tulsa podcast. The goal of the program is to let people know what classical music is being played in the area. This is something that came out of my time as executive director of Camerata: it’s one thing to describe a piece you’re going to play in a press release, but it’s much better to be able to play a little bit of it for your audience in advance, so they feel comfortable or curious enough to come out and hear it in person. So really, it’s a simple concept behind my show: “Here’s some live music taking place in town; come out and listen to it,” or even just “Here’s some stuff I think you’ll like; let me play it for you.”

There are a number of ways to get people interested in classical music. The way that I like to use is to spotlight some kind of personal connection that they might already have with it, which might be as simple as “You always hear this piece around Halloween—here’s why.” Another way to engage a listener is through the biography and the struggles of the composer, and how that relates to the piece. We like to think that music succeeds or fails on its own terms, but really, these connections make it much more meaningful to the listeners. People love music with stories, especially stories with historical and personal depth.

I remember I lectured at a sold-out concert of Quartet of the End of Time composed by Olivier Messiaen, a French composer in the twentieth century. Hardly anyone in that hall knew much about the piece. I talked about the Messiaen’s biography, how he was captured by the German army during the Second World War and imprisoned in a camp, and how the quartet was composed and performed at the camp by professional musicians who were also prisoners there. And that story really resonated with people, making them more receptive to music that otherwise could have been really off-putting.

What is the most satisfying part of your current job?

The most satisfying part of my job is the actual work of crafting an hour of radio—all the pieces have to fit together, have to make sense and sound good, have to entertain and be interesting to the listeners. The challenge of crafting a radio program and putting it out there is one that I really enjoy. It’s like I’m an artisan polishing a product and sending it out into the world. I also enjoy writing program notes and putting lectures together. To me, it’s like an art form, since there is a lot of individual creativity in the process. I basically just like doing what I do every week.

What advice would you give to current graduate students?

Not all of us will get to work in academia, but you can still have a career working with what you’re passionate about, even if you have to assemble it yourself out of multiple components, like I have. The key is to ask yourself: what skills do you have? Can you write grants? Are you involved in student groups where you hold leadership roles? Can you speak in public? Are you able to collaborate with other people? In the humanities this aspect in particular can be difficult because we don’t always have many opportunities to collaborate when we’re working on our dissertations. It’s important to look beyond the graduate school curriculum to develop these types of skills. 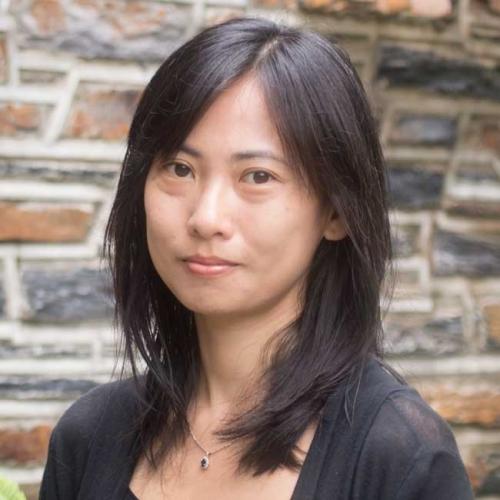 Misty Choi is a fourth-year Ph.D. candidate in Musicology. She is merging her three passions in life: music, language and literature into her research. Beyond her studies, she is also a tea lover and an incense stick collector.