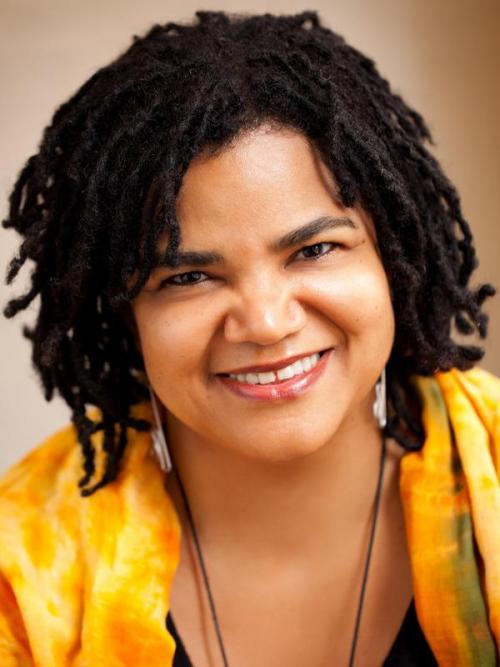 Celia E. Naylor, Ph.D. is Professor of Africana Studies and History at Barnard College and Columbia University. She is the author of African Cherokees in Indian Territory: From Chattel to Citizens, which examines African descendants' experiences within the Cherokee Nation from the Trail of Tears to Oklahoma's admittance into the Union at the beginning of the twentieth century. Professor Naylor is currently working on a micro-history project centered on the Rose Hall Plantation in Montego Bay, Jamaica. A 2001 History Ph.D. alumna, Professor Naylor took part in The Common Wind Symposium honoring the work and legacy of Julius S. Scott.

Did you always want to become a historian?

My journey was definitely not linear! I was born in Jamaica and then migrated with my family to the U.S. (Miami) in 1977. I was ten years old at the time. In high school, I took many AP science classes (e.g., AP Biology, AP Chemistry, and AP Physics, etc.).  After high school, I decided to attend Cornell University. My area of interest was actually engineering, specifically Aeronautical and Mechanical Engineering, because I wanted to be the first Black woman astronaut. I was in the College of Engineering for about a year, and I was beginning to question whether this really was my purpose and passion. Then I heard about Mae Jemison, who was the first Black woman astronaut. At the time I simply thought I cannot be the second! So, I decided to change direction because being the second Black woman astronaut didn't have quite the same ring to it.

How did you choose your new direction?

I thought about what classes I had enjoyed outside of my science classes. I had started taking courses in Africana Studies, History, and Women's Studies, and in the end, I decided to major in Africana Studies with a concentration in Women’s Studies. This decision also happened at a time in the mid-late 1980s when I was becoming more involved with the anti-apartheid movement and feminist-centered movements on and off campus. Protests were occurring in addition to heated discussions about how Cornell University could diversify its faculty. It made sense that I turned to Africana Studies as I was involved in organizational meetings with students and faculty there. It happened quite organically, and I made that shift and have never looked back.

Before I arrived at Duke, I had incredible professors at Cornell: Henry Louis Gates Jr., Hortense Spillers, Mary Beth Norton, Carolyn “Biddy” Martin, and James Turner. Imagine all of them as professors during this time. They introduced me to the study of African-American literature, especially African-American women’s literature, History, and Women’s Studies. I am just so grateful to have been taught and mentored by such phenomenal scholars and teachers.  Immediately after Cornell, I attended UCLA for two years for a master's degree in Afro-American Studies, as I tried to decide whether to pursue a doctoral degree in Literature or History (both clearly part of my purpose and passions). I was fortunate to have incredible professors there, too, like G. Reginald Daniel, Christine Ho, Robert Hill, and Richard Yarborough.

Were you always planning to become a faculty member, or did you consider other options?

As I did not take any “breaks” before Duke, after a couple of years in Durham, I started to consider other options.  At the time, I had just gotten married, and I felt I needed to try something different. So, I took a leave of absence at Duke after receiving my M.A. in History, and I was hired as the Director of the Margaret Sloss Women’s Center at Iowa State University in 1993. Having worked at women’s centers and women’s resource centers at Cornell, UCLA, and at Duke it seemed like the perfect next step.

It was a full-time administrative position. I was the youngest director and first woman of color director. I worked on a number of challenging issues, including sexual harassment policies and sexual assault cases. I also volunteered at the women’s shelter in Ames. Although dedicated to the work itself, I could not imagine being in that administrative position for a lifetime. During that time at Iowa State, I also become deeply involved with the September 29th Movement. The undergraduate and graduate members of that movement taught me so much about what it meant to be part of a movement, dedicated to a movement, and dedicated to justice.

After my one-year leave from Duke, I recommitted to my graduate studies there. During my fourth year as Director of the Women’s Center, I took a two-week “vacation” in order to complete my comps. I then decided it was time to resign from the directorship. It was not an easy decision, but I knew I needed to focus on the research for my dissertation, and I could not juggle both the directorship and the dissertation research in Oklahoma.

After Iowa, I moved with my husband at the time to New Mexico to work on my dissertation and to have a child. My due date was December 14, 2000, and I gave myself until the end of November to complete the dissertation. By Thanksgiving, I finished a draft, and I went back and forth with Peter Wood, my advisor, over the revisions. He was incredibly supportive, and he did not give up on me when I finally told him I was pregnant. His support throughout my time at Duke made it possible for me to continue and finish. Ayanbi, my daughter, was born on December 17, 2000, and I graduated from Duke the following spring of 2001. It took me a longer time than expected to finish up the Ph.D. due to the time at Iowa State. So, yes, my journey was not linear in many different ways, and still I am grateful for all of it.

What did you enjoy most during your time at Duke?

The academic aspects of my time at Duke are only part of what I remember and enjoyed there. It's very much about having been in the classroom with Professor Scott, as well as in classrooms with Stephanie Smallwood, Charles McKinney, Alex Byrd, Kathryn Dungy, Rod Clare, Claudio Saunt, and the late Leslie Brown. There is no way to replicate those experiences. The kinds of discussions we had outside of these classes were just incredible due to being in conversation with these extraordinary minds, extraordinary people. At the time, I don't think we realized how amazing and phenomenal those experiences were. It became so normalized that I don't think we grasped how unique it was. The foundations established at Duke, not only developing and expanding our intellectual groundings but also some of the relationships we developed, continue to be important in my life. Teaching at Dartmouth, Barnard, and Columbia has only reinforced my appreciation for all I learned at Duke and how all of that still shapes and informs how and what I teach my students and how we learn from each other.

Whatever the form of our relationships at Duke, we learned a lot about ourselves, what we really wanted, and our purpose(s) in academia and beyond. I think that is why some of us remain connected. We went through some of life’s challenges together. I would not have finished graduate school without the scholars in my cohort in the History Department, as well as scholars like Faith Smith (who was a doctoral student in the Literature program at that time and now a professor at Brandeis). We would not have finished without the support from other graduate students and certainly the guidance and support of administrators like Jacqueline Looney and faculty, too.

How does it feel to be part of a collective of scholars who have transformed Caribbean Studies and Atlantic Studies in such a significant way?

Again, you don't necessarily recognize it at the time or while you are on the journey itself. Having become more established as professors, we now look back and appreciate how these individual and collective contributions have been instrumental to our understanding(s) of the African Diaspora in robust and capacious ways. When my students are responding to the work of these scholars in my classes (like Jennifer Morgan, Alex Byrd, Stephanie Smallwood, Vince Brown, and the list is much longer), it is another reminder about the absolutely significant impact of all of their work. I think about all of their path-breaking work, especially the journey of the idea that perhaps began in the undergraduate years, then became more nuanced over time due to many of those conversations that transpired at Duke and culminated in published books.

It sounds like being socially and politically active are essential to you.

For me, those are connected. I don't know that there is a way to be solely an academic (at least not for me). I don't think I can channel my energy and my life in one area.  I remember distinctly how I worked intensely with Tiya Miles, an amazing scholar and a good friend, on organizing a conference in 2000 at Dartmouth College on the intersecting histories of Black and Indigenous peoples. During that time, we also had these talks about what we imagined for our lives in the future.  We decided that we would not center our entire lives solely around the academy. Instead, we would always think about other ways of being in this world.

For me, it was, and still is, important to be connected to people, in my work, in academia, and outside of it too.  I am thankful for lifelong friends who are not in the academic world at all and how important they have been in my life. I have very good friends who are professors, and I have very good friends who are not academics. And that has been important to me for sanity and also to have some semblance of “balance” and perspective in my life. In some of my other communities, no one even knows I am a professor. Being a professor is a significant part of who I am. It is part of what I do, but it's certainly not everything that I am.

What advice can you offer current graduate students?

Write every day. For whatever amount of time, write every day.  The practice and consistency of it matters. It took me a long time to figure this out. We are often reminded of the challenges of writing—writer’s  “blocks,” for example. Instead, cherish the joy of writing. 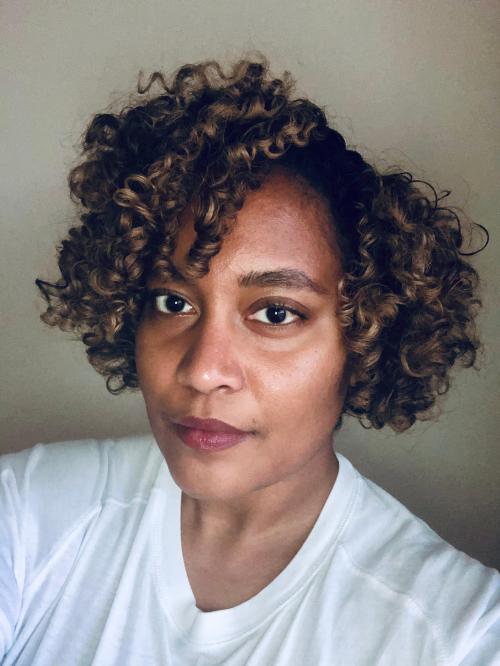 Kristina Williams is a Ph.D. Candidate in the Department of History. Her research examines the relationship between class, gender, legal status, and race within nineteenth-century Caribbean slave societies. Kristina is currently working on her dissertation tentatively titled "Anticipating Freedom: Slave Rebellion, Amelioration, and Emancipation in Barbados, 1816-1838" under the supervision of Professor Barry Gaspar.