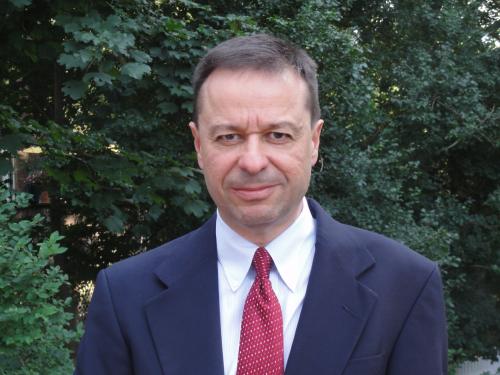 Dr. Alexander Miron received his B.A. in Chemistry from Duke in 1986 and Ph.D. in Microbiology & Immunology in 1993. He began his career as a faculty member in the Department of Surgery at Duke and later held faculty positions at the Dana Farber Cancer Institute and Harvard Medical School. Currently, Dr. Miron is an Associate Professor in the Department of Genetics and Genome Science and acts as Director of the Genomics Core at Case Western Reserve University. In addition to his faculty position, he serves as Partner and CEO at PlexSeq Diagnostics and as Partner and CSO at Agriplex Genomics.

Tell me about yourself, specifically about your educational and professional background.

I started my career at Duke as an undergraduate, where I studied chemistry. I finished my degree in three years, but wasn’t sure what I wanted to do with it, so I moved into the Pratt School of Engineering for my final year. During that year, I also worked in a lab in the School of Medicine. I enjoyed the research and eventually undertook my graduate work in Microbiology and Immunology in that same lab. During my graduate career, I studied DNA replication; we were one of the first groups to describe the interaction between multiple origins of DNA replication.

I later moved on to study the role of E2F transcription factors during my postdoc in the Genetics Department at Duke with Dr. Joseph Nevins, an HHMI investigator. During that time, my father was diagnosed with cancer. As a result, I became very interested in applying the things we were doing in the lab so that we could more directly help people with cancer. This shift in my research interest led me to my first junior faculty position, in the Department of Surgery at Duke, where I applied the skills I gained in graduate school and my postdoc to study breast cancer. From then on, I realized that the most beneficial thing that I could contribute was technology development to solve biological problems. Specifically, I focused my efforts on developing genomic diagnostic tools that would provide a high level of sensitivity while reducing the cost compared to standard sequencing. The methods we developed allowed us to inexpensively analyze BRCA1 and BRCA2 gene mutations in breast cancer patients.

When I moved to my position at Dana Farber Cancer Institute and Harvard, I became involved in a number of international groups studying breast cancer. These groups have collected samples and information from over a hundred thousand women. We were able to access and sequence these samples to find differences in known genes (BRCA) and other genes that may impact their cancer. I was also fortunate to make an impact on our understanding of ovarian cancer as part of the group that demonstrated that the disease originates in the fallopian tube.

After some time, I became interested in applying the technology we developed in a commercial setting to study diseases in large populations. As it turned out, however, the initial best use of the technology was in agriculture. Agriculture companies and breeders were interested in genotyping large numbers of samples to support their plant breeding efforts. This was something about which I knew nothing initially, but the opportunity to apply my technology in this way led me to found my first company, Agriplex Genomics, located in Cleveland. Currently, I split my time between my role as an Associate Professor in the Department of Genetics at Case Western Reserve University, Agriplex Genomics, and a second company I founded (PlexSeq Diagnostics) that applies my technology to screening populations for clinically relevant DNA alterations.

What does your role at Case Western Reserve University look like? How do you balance your work at Case with your role at your companies?

At Case, I direct the Genomics Core, where our work is focused on helping other investigators find the best way to conduct their genomics experiments. In order to maintain my role in the companies with which I am involved, I have given up running a traditional academic lab as I did in my previous positions at Harvard and Duke. This decision was very intentional on my part as I think it would be unfair for me to run a lab where I was unable to invest my full attention on my graduate students and postdocs. In my current role, I am able to stay involved in academic research while further developing the technologies that I am most interested in improving.

How has transitioning across disciplinary boundaries affected your career?

I think it is quite good for people to learn a subject and to then think about how the subject is applicable in other areas. For example, when I studied chemistry as an undergraduate, I was not intimately involved in research, but the fundamental knowledge I gained informs all of the techniques that I use today. I never saw transitions—such as this initial one from undergraduate learning to graduate research— as a burden or barrier but rather as an opportunity to apply my skills in a new way.

My transition from basic research to more applied research was really driven by a realization that I had when my father got sick. For the first time, I really started to think about how very fundamental scientific understanding translate to understanding human disease (for example, how mutations in DNA that are inherited by breast cancer patients are responsible for their disease due to decreased BRCA protein). This experience occurred when I was transitioning into my faculty role in the Department of Surgery at Duke, where every day I went to work and thought about how my efforts could directly help somebody. It reinforced my desire to pursue work related to human health and disease.

What were your professional or career plans as you were completing your graduate degree?

I was always very focused on pursuing a career in academia, and I was drawn to opportunities to collaborate with other research teams to help drive our work forward. Even as a graduate student, though, I found myself interested in finding ways to make procedures and technology better. I was then able to apply those efforts to improve my own research. I knew very early on that technology development was a particular priority and strength of mine.

How did you learn management skills during your academic career?

I think that in academia, you often learn as you go. When I started my first lab at Duke, there was no designated office space, so we had a little office built in the lab. I had my first lab technician, and since we had extremely limited resources, she was performing very tedious pipetting experiments by hand. One day, while I was in the office writing a grant, a box of pipette tips exploded against my door because she had gotten frustrated and thrown the box. This was the first time I realized that, as the PI, I was responsible for making sure the people working for me were both productive and happy. As a result, I began to ensure that attention was given to getting the resources that would make their jobs easier. A robotic pipetting system was quickly acquired by the lab. It is difficult to learn these things through any method other than experience, but I learned most by keeping my people in mind.

The most important thing that I’ve been taught is the value of interpersonal interactions. To work in science, you need to be able to communicate with people. Establishing collaborative relationships, gaining access to resources, and becoming part of a community are all essential if you want to achieve your research goals and to get your discoveries, products, and purpose out in the world. I think it is the most important thing that I’ve learned, and these interactions have been instrumental in my career.

It is important for graduate students to start thinking, early on, about what it is that they ultimately want to do. I think I just floated for a long time as a graduate student, but I wish I had known how to take charge of my professional development sooner. You should choose a lab where you will be excited to work on the projects, but you also need to think about what makes you marketable as a scientist. Being a graduate student is one of the best times of your professional career. You are not responsible for writing grants. You just have the opportunity to learn and become a better scientist every day. 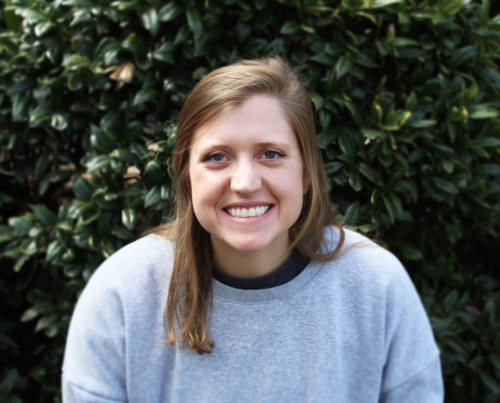