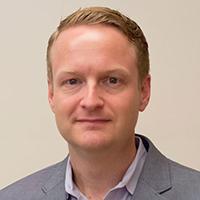 Brad joined The Graduate School as assistant dean and director of the EIS program in July 2015. Before coming to Duke, he directed the INTERLINK Language Center, an intensive English program (IEP) based at the University of North Carolina at Greensboro, for five years. Brad has worked with adult language learners in various settings, including community-based programs, adult-education programs, university-affiliated IEPs, and Mexican universities. He has also taught undergraduate- and graduate-level TESOL courses for pre- and in-service teachers.

Brad earned a B.A. in Spanish and linguistics at the University of North Carolina at Chapel Hill, an M.A. in applied linguistics at the Universidad de las Américas-Puebla (Mexico), and a Ph.D. in teaching and learning at Vanderbilt University. Aside from his professional activities, he enjoys spending time with his sheltie, reading, and traveling. 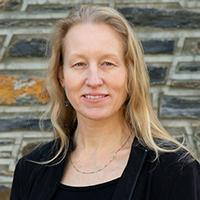 Before joining TGS, Marta worked at Durham Technical Community College, where she taught as an adjunct instructor with the English for Academic Purposes program. She also taught Czech language classes at the University of North Carolina at Chapel Hill and served as a research scientist at the School of Education at Charles University in Prague, Czech Republic. Her research focuses on transnational migration and education and examines the intersections of English language learning and heritage language maintenance. Marta is the founder and president of the Czech and Slovak School of North Carolina and a core team member at the National Coalition of Community-Based Heritage Language Schools. She received a B.A. in sociology and an M.A. in public and social policy from Charles University in Prague, Czech Republic, and earned her Ph.D. in Education from UNC-Chapel Hill. She also studied at the University of Jyväskylä, Finland, and participated in intercultural training programs in Spain, Northern Ireland, and Greece. In her free time, Marta loves to travel, explore ethnic foods, and dance. 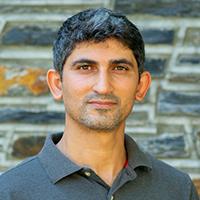 Mahmoud joined the EIS program in Fall 2021. Previously, he worked as an English instructor in various English language institutes in Gaza and New York, including AMIDEAST and the Rochester Institute of Technology. He also served as a writing consultant at The College at Brockport, State University of New York (SUNY Brockport) and The University of Rochester. Mahmoud is the former coordinator of writing support services in the Warner School of Education at the University of Rochester. Additionally, Mahmoud taught graduate-level TESOL courses at SUNY Brockport.

Mahmoud has an MA in TESOL from Nazareth College and a Ph.D. in teaching and curriculum (TESOL) from the University of Rochester. He enjoys spending time with his wife and their four children and playing soccer with his three sons. 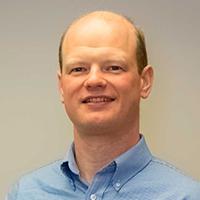 Prior to joining the Duke EIS program in January 2018, Andrew Davis taught in the University of Iowa’s ESL program. During his almost three years there, he taught undergraduate international students in an Intensive English Program and International Teaching Assistants in pronunciation and teacher assistant preparation courses. Andrew also served as a Peace Corps Volunteer in St. Kitts and Nevis, focusing on youth and community development. Additionally, he worked at the Georgia Institute of Technology, Georgia State University, and Tsinghua University (Beijing).

Andrew received his M.A. in Applied Linguistics: TESOL from Georgia State University and his B.A. in Philosophy and U.S. History from Coe College. He enjoys bicycling, reading, and camping with his wife and dog. 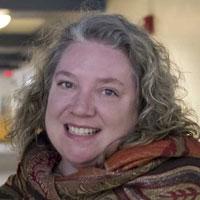 Beth has worked with a variety of programs at Duke since 2008, including as an instructor at EIS, a writing consultant for the Thompson Writing Program, and a writing consultant for Fuqua in the summer. Previously, she taught in an intensive English communication program at Penn State University, as well as at Central Carolina Community College, Chatham County Schools, and in Germany. She has also been the coordinator of a professional development program at the University of North Carolina at Chapel Hill.

Beth has an M.A. in Teaching English as a Second Language from Penn State University. She spent over a year teaching English in Frankfurt, Germany, in language schools targeting the business and financial community. She enjoys reading, gardening, cooking, and traveling. 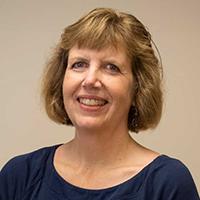 Carolyn has extensive teaching experience both in the U.S. and abroad. Before joining the EIS program in 2017, she taught undergraduate and graduate international students at NC State University. In addition, she directed its Summer Institute in English and conducted online teacher-training classes for the school’s TESOL Certificate program. Carolyn also taught in Japan for more than seven years, in both academic and corporate environments.

Carolyn has an M.A. in TESOL from the University of Illinois, Urbana-Champaign. Her professional interests include using online resources and technology applications to enhance student learning. In her free time, she enjoys cooking, exercising, reading, and outdoor activities. 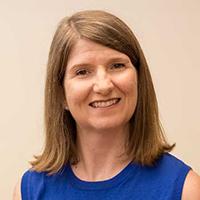 Stacy has been an EIS instructor since Fall 2016. Before coming to Duke, she was an instructor at the English Language Center at Michigan State University for four years. Stacy began her career as a copy editor and worked for various national magazines from 1992 to 2003. Next, she served as a Peace Corps Volunteer in Morocco until 2006. After a couple of years as Programs Manager for a nonprofit, she transitioned into teaching English.

Stacy has a B.S. in journalism from the University of Kansas and an M.A. in TESOL & Applied Linguistics from Indiana University. She enjoys reading, cooking, exercising and traveling.