The program from the Duke Initiative for Science and Society offers graduate students the opportunity to write policy briefs, get experience communicating with lay audiences, and learn how politics affect research.

Recently, Bobbie Burrows, master’s candidate in bioethics and science policy, wrote a brief for the Science Policy Tracking Program in which she had to explain the political question doctrine.

The doctrine—which essentially boils down to whether the issue at the heart of a court case should instead be decided by other branches of the government—is not immediately understood by the public, Burrows said. For the policy brief, she had to explain it in one paragraph.

“Once you figure out the crux of what the court is looking for, it becomes easier to explain to the audience,” she said.

Mastering the art of communicating intricate and complex issues for a lay audience is not an easy feat. The Science Policy Tracking Program gives students opportunities to hone their skills in this area. The program, better known as SciPol, is a part of the Duke Initiative for Science and Society. It launched in the fall of 2015 and is designed to better integrate science into policy.

Stephanie Kostiuk, the director of SciPol, said the program helps graduate students gain experience writing and editing original policy briefs. Graduate students have the opportunity to choose their topics of interest to write on. SciPol covers topics such as energy, genomics, neuroscience, and robotics/artificial intelligence. 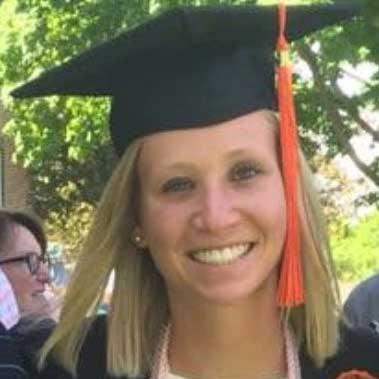 Burrows, who is pursuing a joint J.D./M.A. at Duke, found SciPol to be distinguished in that it was student-authored and a great place for students to network and meet, specifically students from diverse areas of study.

“SciPol covers so many different topics and areas, there is something for everyone,” she said.

As a student in the law program, Burrows said, she doesn’t necessarily get to see the policy side of issues, so her participation in SciPol has allowed to her bring together legal work, science, and policy.

Burrows valued her SciPol experience most for developing her communication skills. Through the process of writing a brief, Burrows learned to communicate complex issues with a lay audience. Her SciPol experience also proved beneficial this summer while she maintained a blog for an internship with an intellectual-property firm.

Like Burrows, Allison Roder, a Ph.D. candidate in molecular genetics and microbiology, found SciPol to be valuable in bettering her ability to take complicated ideas within the practice of science and translate them for a general audience.

“It’s helped me to communicate why what we’re doing is important and I think that’s something everyone should be thinking about,” she said.

Having been involved with the program from the beginning, Roder was able to help develop the format for the briefs and set the tone for graduate students working with the program.

SciPol has been a highlight for Roder in part because of its ability to attract a wide range of participants. She has been able to connect with students from various parts of campus, such as the law school. She said such connections are essential in graduate school, where it is easy to “get holed up in the lab sometimes.”

Because grad student life can also be hectic, Roder has appreciated SciPol’s flexibility. Students can sign up to write and edit briefs when their schedule allows and take a break when it does not.

That political insight was a significant takeaway for Roder. Congress has the power to change the ways that science is funded, and some scientists are not even aware bills are in the works, she said. SciPol has allowed her “to witness how and when those things go through and how they’ll affect us. … It’s a good learning experience that’s totally different than what I’m learning in the lab.”

“Learning how Congress works … how to read a bill, learning why a bill is being drafted when there is a zero percent chance of it being passed, it puts an interesting perspective on the research we’re doing,” she said.