The Shakespeare scholar is the only American to receive the most prestigious award from Shakespeare's Globe.

This is the sixth in a series of profiles on notable Duke Graduate School alumni. The series is part of the school's celebration of its 90th anniversary in 2016. For more information about the anniversary, visit https://gradschool.duke.edu/90. 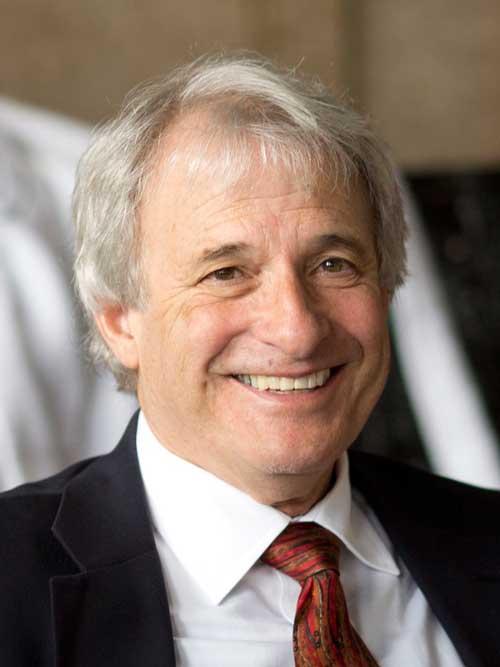 Ralph Alan Cohen came to graduate school at Duke focused on modern American and English literature, but one professor swayed him to look much farther back in time.

“At Duke, I encountered George Walton Williams in his class on William Shakespeare,” Cohen told Duke Magazine in 2002. “He was one of those teachers who seem to embody his subject. It turned my perspective around.

“His extraordinary example and his utter belief in the critical importance of every word [of Shakespeare] are what I first remember when I think of Duke.”

Guided by Williams, who became his Ph.D. adviser, Cohen embarked on a path that saw him embrace Shakespeare as a career and a passion. His efforts as a teacher, director, scholar, and promoter of Shakespeare netted him the 2014 Sam Wanamaker Award, the most prestigious honor from Shakespeare’s Globe, which recognizes work that has increased the understanding and enjoyment of the Bard. Cohen is the only American to receive the award.

After receiving his doctorate from Duke, Cohen taught Shakespeare at James Madison University and then expanded to directing Shakespeare in the 1980s. Currently the Gonder Professor of Shakespeare and Performance at Mary Baldwin College, he has directed 30 productions of plays by Shakespeare and his contemporaries and is a noted scholar on the Bard. He has also written a book on teaching Shakespeare, titled ShakesFear and How to Cure It. That work received the 2007 Association of Educational Publishers Award for Best Professional Development Book.

In 1988, Cohen cofounded the Shenandoah Shakespeare Express, a traveling theatre company in Virginia. As its success grew, Cohen oversaw the building of a permanent home for the company. In 2001 the Blackfriars Playhouse opened in Staunton, Virginia. It is the world’s only re-creation of Shakespeare’s indoor theater.

The company became the American Shakespeare Center in 2005, and Cohen currently serves as its director of mission. The center draws about 65,000 attendees each year and partners with Mary Baldwin College in a graduate program focusing on Shakespeare.

“Something happened 400 years ago in this one little place,” Cohen said of Shakespeare’s original indoor theatre. “There was some sort of lightning in a bottle.… If you want to study that lightning, what better thing to do than build the bottle? That’s what we did; we built the bottle.”