This is the first in a series of profiles on notable Duke Graduate School alumni. The series is part of the school's celebration of its 90th anniversary in 2016. For more information about the anniversary, visit https://gradschool.duke.edu/90. 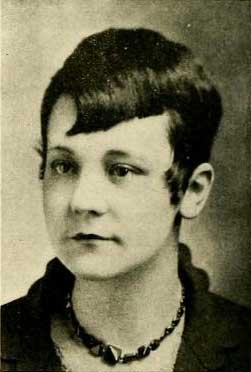 Rose M. Davis’s career before and after she became Duke’s first female Ph.D. earned her an inclusion in The Biographical Dictionary of Women in Science: Pioneering Lives from Ancient Times to the Mid-20th Century. Her entry in the book says she “had the type of career mobility that was typical of women scientists.”

When Davis was born, the periodic table was still missing more than a third of the elements it contains today. A native of Cumberland, Maryland, Davis attended Cowan College and the Southern Conservatory of Music before earning her bachelor’s degree in 1916 from Trinity College, which would become Duke University in 1924. Upon graduation, she taught high school chemistry in Virginia for three years.

In 1920, she began law school at the University of Virginia. Two years later, she became the fifth woman to pass the bar examination in that state, notching a perfect score. After acing the bar exam, Davis began practicing law with her brother in Norfolk.

A year later, though, Davis was drawn back to chemistry. From 1923 to 1925, she taught the subject as a professor at two small schools—Grenada College and Limestone College. In 1925, a year before The Graduate School was founded, she returned to Duke to pursue her graduate degree.

Duke awarded its first Ph.D.s in 1928. A year later, Davis became the first woman to receive a doctorate from Duke, earning one of the first four Ph.D.s awarded by the Department of Chemistry.

After receiving her Ph.D., Davis, who was inducted into Phi Beta Kappa, became an adjunct professor of chemistry at Randolph-Macon Woman’s College. In 1933, she returned to Duke as an instructor and research associate. In 1937, she left academia for a job with the legal department at DuPont.