Would Black Americans support a peaceful Black Lives Matter protest? What if the protesters began looting stores? What if they set fire to an empty building? These are some of the questions that Leann McLaren is exploring in one of her research projects.

McLaren, a third-year Ph.D. candidate in political science, is researching behavior and identity, with a specific focus on race in American politics.

“Much of my work concentrates on the connection between racial identity and political behaviors,” McLaren said. “My current projects include mapping Black political behavior generally, specifically in the realms of social movements, as it relates to the increasing demographic presence of Black immigrants, and in the face of increasing economic constraints.” 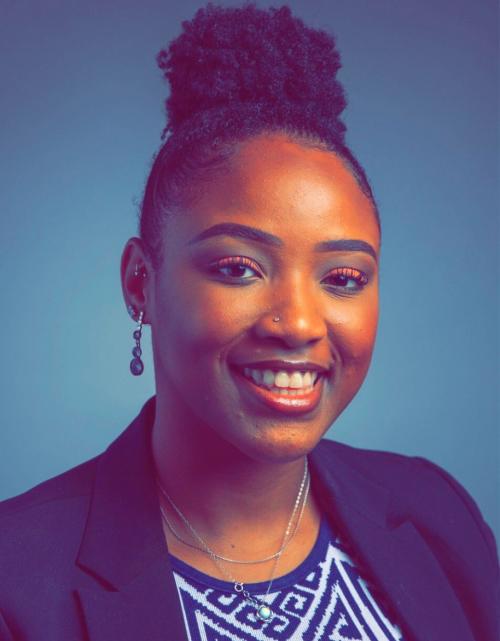 One of her current projects is a collaboration with Zoe Walker, a Ph.D. student at the University of Michigan. It focuses on the effects of protests on public opinion, specifically how members of aggrieved groups respond to protests.

In the summer of 2021, they received a Summer Centennial Center Research Grant from the American Political Science Association, the nation’s most prestigious academic organization in political science. The grant funded their project, “The Effects of Protest Activity on Support for Social Movements.”

“In our paper, we are exploring the case of how Black Americans respond to differing levels of exposure to Black Lives Matter protests,” McLaren said. “We create experimental conditions where we use six mock news articles depicting a mix of protest scenarios where people are either protesting peacefully, looting a grocery store, or setting fire to an empty building to vary the degree to which violence is employed as a tactic in protests against police brutality. Respondents are then asked to indicate their willingness to support or engage in protests, and several related policies.”

The APSA grant is one of several fellowships and awards that McLaren has received from the political science department at Duke and external organizations, including a Graduate Research Fellowship from the National Science Foundation and a Minority Fellowship from the APSA. She has also participated in peer-mentoring groups and organizations like the Women in Political Science and the Merze-Tate society, an interdisciplinary space in the political science department focused on fostering the research of students from underrepresented backgrounds and first-generation students.

McLaren earned her undergraduate degree from the University of Connecticut, where she studied political science and history. As an undergraduate, she was encouraged by her advisers to apply for the Ralph Bunche Summer Institute (RBSI) in 2018.

Duke hosts the RBSI, an annual five-week program for undergraduate students from underrepresented racial and ethnic groups or those interested in broadening participation in political science for underrepresented groups. It is directed by Paula D. McClain, the dean of The Graduate School, the James B. Duke Distinguished Professor of Political Science, and a professor of public policy.

McLaren said her RBSI experience solidified her desire to pursue political science and further research her topics of interest in graduate school.

“It was the first time I got to get an explorative view on race and ethnic politics (REP) in the field, and independently complete an empirical paper based on my interests,” she said. “It was since that program that I decided to apply to Ph.D. programs in political science and to focus on REP research in particular.”

The RBSI experience also introduced her to Walker, who also participated in the institute in 2018, planting the seed for their current collaboration on the APSA-funded study on Black Americans’ attitudes about Black Lives Matter protests. The end goal of McLaren and Walker’s project is to demonstrate a theory that repeated exposure to protests encourages strongly identified members of political groups to participate in protests and support progressive policy reforms. They are also interested in showing the diversity of Black public opinion concerning the Black Lives Matter movement.

As McLaren continues her research in behavior and identity relating to race in politics, she looks forward to working with study participants from a variety of backgrounds, something that prompts interesting responses and trends in her research questions.

“It’s amazing to see the trends in how people answer, and how different populations answer in systematic ways,” she said.