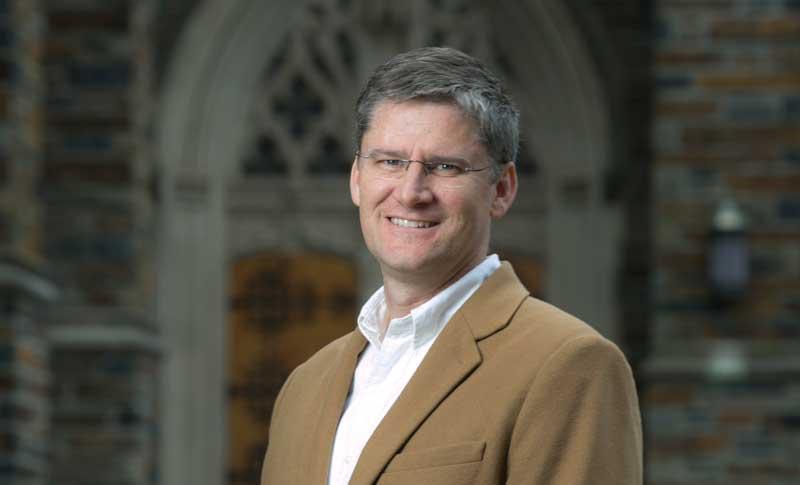 Professor of River and Water Sciences
Nicholas School of Environment

Martin Doyle has been a professor at Duke University’s Nicholas School of the Environment since 2011. Additionally, Doyle has served as the director of the Water Resources Management degree program at the Nicholas School since 2011 and the director of the Water Policy program at the Nicholas Institute for Environmental Policy Solutions since 2013. He has advised 12 Ph.D. students, 4 postdocs, 7 master of science students, and more than 30 professional master's students. He has taught hundreds of students in a range of courses, from introductory courses in environmental science with several hundred students to focused seminars for a handful of Ph.D. students.

Doyle’s research on rivers spans topics such as hydrology, conservation, history, and politics. His work has earned a number of awards, including a Guggenheim Fellowship, a National Science Foundation Early Career Award, and being named a Kavli Fellow by the National Academy of Sciences. Furthermore, he has twice won the Boggess Award for the most influential paper published in the Journal of the American Water Resources Association. Doyle was named a Leopold Leadership Fellow as well as a GlaxoSmithKline Faculty Fellow for Public Policy for his work in bridging environmental science and policy.

“As scholars we need to look at mentorship not so much as an individual mentor and their student but we really need to look at this as the academy guiding these individual students through their learning process. So as these students take on new topics, usually what I do is pull out the old Rolodex and try to find somebody who does something related to it. We figure out a way that a team of advisers can allow this student to study what they’re really interested in. And that’s really the end goal—for them to be genuinely fascinated with a topic to the point where it captures their imagination for several years if not for their entire career”

On the Realities of Mentoring

On the River Retreat

“But the really astounding thing is not the number of students that he has mentored, or the swiftness with which they have progressed to completion, or even the many successes that his students have achieved – the astounding thing is the tremendous care and focus he has given to mentoring students in individualized ways even as he encourages camaraderie and collaboration.”

“As my mentor, Doyle pushed me to think beyond my discipline, beyond academia, and continues to help me define what my highest potential is and how I can achieve it.”

“He guides his students to discover their own intellectual interests and will generously dedicate his time to developing the students’ broad concepts as well as rigorously editing student manuscripts, but provides ample space for exploration, failure, and success.”

“What most impresses me about Martin is the coincidence of clear interest in his role as a mentor with remarkable breadth and depth in ability to advise. I have realized as I have met more and more of his former students that whether they have moved into academia, private industry, or founded their own companies, and whether they worked with him as undergraduates, MEMs, or Ph.Ds., he is able to tailor his advice to match his students’ interests and their abilities… and then follows them through their entire path in such a way that clearly illustrates the immense importance he places on his role as our mentor”