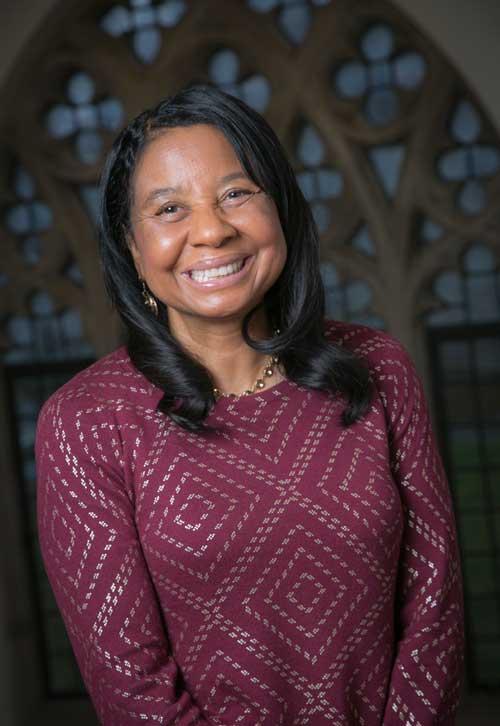 James B. Duke Professor of Sociology
Dean of Social Sciences

Linda M. Burton is the James B. Duke Professor of Sociology and a professor of African American studies. She was appointed dean of social sciences within Trinity College of Arts and Sciences in 2014. Duke successfully attracted Burton from Penn State University in 2006, where she was a full professor and directed a center for family research in diverse contexts. She was awarded a Distinguished Chair Professorship after only one year as a professor at Duke and became the director of undergraduate studies in the Sociology Department soon after that.

Over the course of her career, Burton has mentored 84 graduate students, 135 postdocs, and more than 1,000 undergraduates. Even in her current demanding role as dean of social sciences, Burton’s commitment to her students and service to the University has not wavered. In the past two years alone, Burton has served on the Union Bargaining/Adjunct Faculty Task Force, as an Executive Leadership Coach through Duke Leadership Academy, as a co-chair on the Task Force on Bias and Hate Issues, and as co-director of the International Comparative Studies Program at Duke.

Using ethnographic and demographic methods, Burton specializes in large-scale, longitudinal studies of poverty and intergenerational family dynamics in both rural and urban environments. She has extensive experience in securing and administering large-scale grants, such as those needed for the Three-City Study of welfare, child development, and family processes. Her work has been nationally recognized, and she was most recently awarded the Distinguished Career Award from the American Sociological Association.

Focus on More than Just the Work and Learning

A Good Mentor Doesn't Always Agree with You

“What I truly appreciate about Linda is that she approaches her role as a mentor not as an isolated role for a particular moment, but rather as a lifelong commitment.”

“What is remarkable about Linda’s style of mentoring is that she offers a great balance of guidance with independence. She is able to impart the fundamentals of ethnographic data analysis, manuscript writing, and the publishing process while also encouraging her students to pursue innovation in theory.”

“For me, a great mentor is someone who challenges and inspires mentees to assert their voice; someone who encourages scholarship based on intellectual intrigue rather than disciplinary constraints. Linda is just such a mentor. From our first meeting she has been exceptional –engaging, supportive, insightful, and forthright.”

“Creating an inclusive classroom, challenging students to step out of their comfort zone are practices I have learned from Linda’s example. In my time working with Linda, I have picked up on techniques for both teaching critical theories and mentoring students who are underrepresented in academia.”

“She showed me the ropes, but at the same time, did not micro-manage. When I came to her with a paper idea of my own using data from a study that she was a principal investigator for, she did not hesitate to jump on board, and we would meet regularly to discuss literature, analyze the data together, and think through the findings. She also took the time to introduce me to other scholars, which also enhanced her mentorship.”