“The Gift That Keeps On Giving”

Alumna Elizabeth Hordge-Freeman is still reaping benefits from the travel and summer funding she received from The Graduate School. 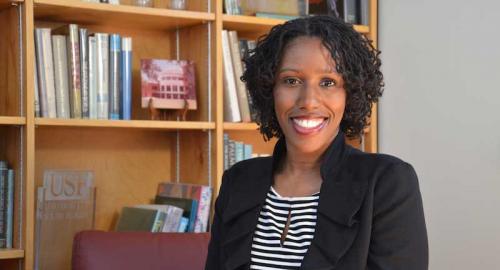 While in Rio de Janeiro for a study-abroad program in 2008, Elizabeth Hordge-Freeman (M.A.’08, Ph.D.’12) got a Pre-Dissertation International Grant from The Graduate School to fund a visit to Salvador, the third-largest city in Brazil.

That side trip turned out to be instrumental in the course of her career.

“That trip was absolutely decisive in the development of my research, because it is what led me to ultimately choose Salvador as my dissertation research site,” says Hordge-Freeman, now an assistant professor of sociology at the University of South Florida.

Brazil was the ideal research setting for Hordge-Freeman, then a sociology doctoral student interested in how racial ideologies permeate societies and families. The largest country in Latin America boasts the second largest population of African descendants in the world, trailing only Nigeria. It also has a history of racial mixture that, as Hordge-Freeman puts it, “has created a type of physical diversity within families that seems unparalleled.” Salvador, in particular, is a major hub of African culture in the Americas, she says. 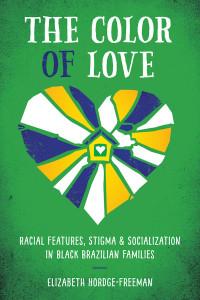 After her 2008 visit, Hordge-Freeman returned to Salvador the next year, and the next, and the next. The research she conducted on those trips, which were supported by an international travel award and two summer research fellowships from The Graduate School, became the foundation not only for her dissertation, but also her first book, The Color of Love: Racial Features, Stigma, and Socialization in Black Brazilian Families, which will be published this October.

Aside from the work that led to her upcoming book, Hordge-Freeman continues to reap other benefits from her trips as a graduate student. For instance, applying for Graduate School funding to support those trips gave her the opportunity to develop an important skill.

“My Graduate School grant was one of the first grants that I received at Duke,” she says. “I worked with Eduardo Bonilla-Silva and John French, two of my mentors, to hone my grant-writing skills, and that has prepared me well for securing other sources of funding now.”

To wit, her new project—a book on modern slavery in Brazil—is being funded by five grants. Those include a Fulbright U.S. Scholar Grant and, most recently, the McKnight Junior Faculty Fellowship Award from the Florida Education Fund, which will give her a year off to complete the book.

Hordge-Freeman says the resources she received from The Graduate School also enabled her to build strong community connections in Brazil, connections that have been instrumental in her success since leaving Duke.

For instance, on her second trip to Brazil, in the summer of 2009, she met with the founder of the Steve Biko Institute in Salvador, which works to support the education of black Brazilians. That marked the beginning of a fruitful partnership. Hordge-Freeman continues to collaborate with the institute to this day.

When she launched the USF in Brazil service-learning program, her relationships with the institute and the organization Brazil Cultural helped facilitate the process. When she applied for the Fulbright grant, the institute and another of her early collaborators, the Federal University of Bahia, provided her with letters of institutional affiliation.

In addition to forging connections within the community, Hordge-Freeman says the resources from The Graduate School also enabled her to truly incorporate the perspectives of the community members and organizations into her research. This focus on engagement has remained a cornerstone of her work, and it has not gone unnoticed.

In 2014, she became the inaugural recipient of the USF Outstanding Community-Engaged Teaching Award. She is also a finalist for the 2015 Ernest Lynton Early Career Award for the Scholarship of Engagement. This summer, her collaborative research on modern slavery in Brazil earned her a Certificate of Recognition from the State Secretariat for Justice, Human Rights, and Citizenship of the Amazonas, Brazil. In September 2015, she was selected as the inaugural recipient of the state-wide Florida Campus Compact Special Award for Global Engagement.

“These successes can all be linked back to the early financial support, mentorship, and high-quality training that I received as a graduate student at Duke,” Hordge-Freeman says.

“The Graduate School was so supportive of my research while I worked on my Ph.D., and it is simply amazing that it continues to be the gift that keeps on giving.”