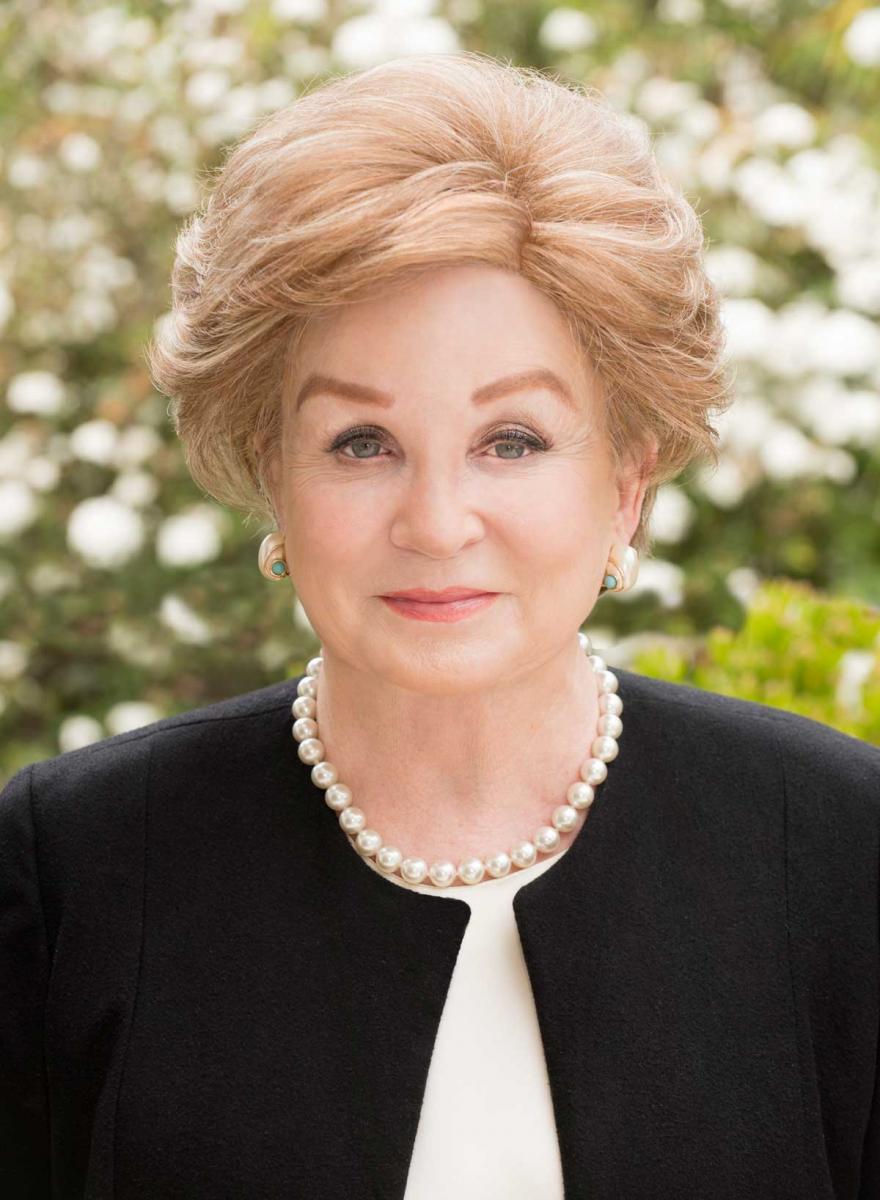 Jane De Hart never intended to write a biography of Ruth Bader Ginsburg, much less one that spans 752 pages and took 15 years to write.

Instead, she was digging into the history of the ACLU’s litigation efforts around gender equality. A hunt for some primary sources, however, connected her with Ginsburg and put her on a detour that culminated in a hefty book about the life of the iconic Supreme Court justice. Ruth Bader Ginsburg, A Life was released in 2018 and earned much praise.

It was the fourth book in a distinguished career for De Hart, who is currently professor emerita in the Department of History at the University of California, Santa Barbara. One of her other books—Sex, Gender, and the Politics of Sex: A State and a Nation—won the 1991 Victoria Schuck Award from the American Political Science Association. Another book that she coedited—Women’s America: Refocusing the Past—will publish its ninth edition this year.

For her accomplishments as a scholar of American feminist legal history and gender and political issues, The Graduate School has named De Hart (’58, Ph.D.’67 History) the 2019 recipient of its Distinguished Alumni Award. She will be honored during the Ph.D. Hooding Ceremony on May 11.

While she is known for her work in women’s history, De Hart did not start her career there. She couldn’t—that field didn’t exist back then.

Born during the Great Depression in Asheville and raised in Bryson City, De Hart followed her mother’s footsteps and came to Duke as an undergraduate (it was still Trinity College in her mother’s days). She had taken just one class in American history in high school and hated it, but loved her history courses at Duke. She won the first William T. Leprade Prize—awarded to the history department’s top senior thesis each year—with a paper on the Federal Theatre Project, an initiative sponsored by the Works Progress Administration to create jobs for unemployed theater workers  and to provide live public performances during the Great Depression. 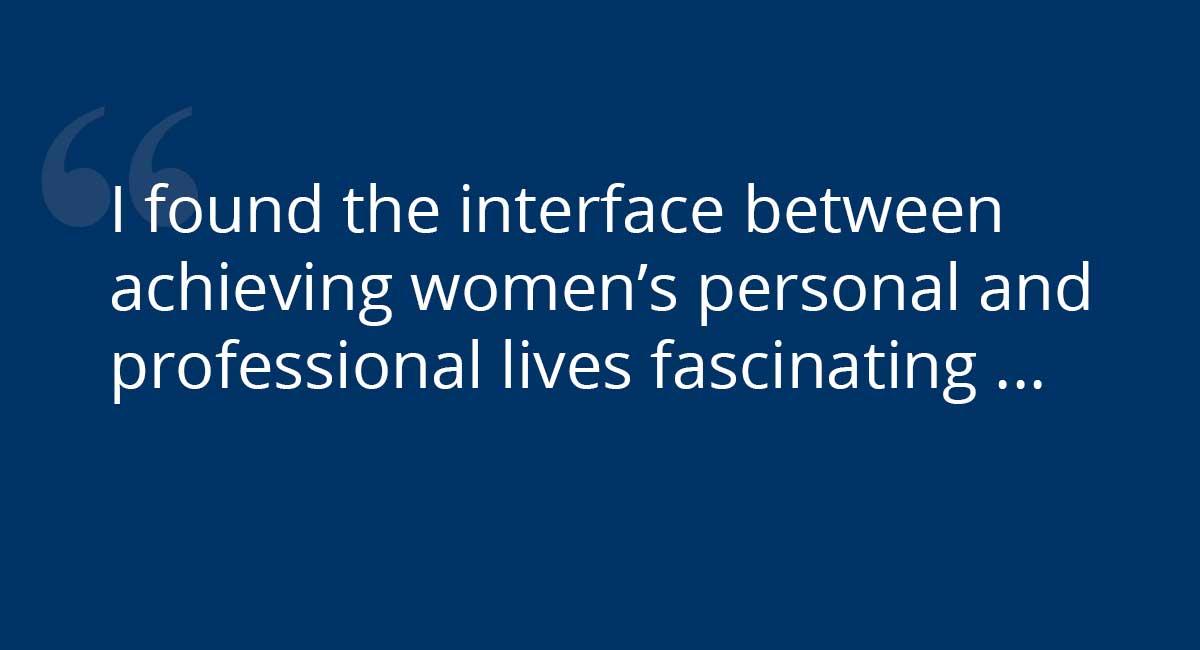 “My first book on the Federal Theatre was not women’s history,” De Hart said. “The field didn’t exist. My advisor told me I was writing administrative history of the New Deal. However, I had chosen the theater project rather than the other WPA arts project because of its creative and charismatic director, Hallie Flanagan.

“I found the interface between achieving women’s personal and professional lives fascinating, and was primed to write about it when I wrote about Ginsburg.”

De Hart was also juggling her own personal and professional lives at the time. While in graduate school, she married a fellow history Ph.D. student and moved to Princeton, where her husband had landed an assistant professor position. There, she worked on her dissertation, taught at Douglass College (the women’s college at Rutgers University), and at Princeton “received by osmosis the professional socialization that first made me really aware of what it took to make it as an academic.”

In 1967, she completed her Ph.D., published her first book, and was assured by Rutgers that there would be a place for her on the faculty. Her husband, however, received an offer for a permanent position at UNC-Chapel Hill. At a time when assistant professors rarely got tenure at Princeton, the couple could not pass up that opportunity. Also, De Hart was overseeing a Rockefeller Foundation-funded study on public support of the arts, which had to be finished up in Chapel Hill. So they moved back to the Triangle, even though her employment prospects there were, in her words, “dim, dim, dim.”

One reason for that grim assessment was the long odds facing women historians. A 1970 American Historical Association (AHA) report found that while women accounted for 15 percent of Ph.D. graduates from leading history departments, they made up less than 2 percent of the faculty in those departments. There were so few women in the field that when a journal published a 1975 issue containing only articles by women authors, some of the essays had been held for two years in order to fill out the issue.

Unsurprisingly, then, De Hart ran into obstacles once she moved back to North Carolina: The UNC history department couldn’t hire her on account of a strict anti-nepotism rule. Another program at UNC had a lecturer position but insisted she was “overqualified.” Duke, as a rule, did not hire its own Ph.D.s. At North Carolina State, she was told that they already had one woman in its history department. The rumor was that the men had found her difficult and didn’t want another woman. Farther afield, UNC-Greensboro refused to hire anyone who commuted.

Something did eventually work out. An unexpected position opened up at UNCG in 1970. De Hart filled in temporarily and later received a permanent position. She spent the next decade at UNCG, rising to professor and establishing a women’s studies program. Then, after a year as the Co-Bicentennial Chair of American Studies at the University of Helsinki, she joined the faculty at UNC-Chapel Hill as a professor of history and director of women’s studies. She remained at UNC until moving to UCSB in 1992.

Over the course of her career, De Hart was twice named a National Endowment for the Humanities Fellow. In addition to the Shuck Award, she also received the American Council of Learned Societies (ACLS) Grant in Aid and the North Carolina Distinguished Service Award. She has served on the editorial boards of the Journal of Women’s History, Journal of Policy History, American Quarterly, and the Gender and Culture series of the University of North Carolina Press. She was  also a delegate of the ACLS and served on its executive board from 1995 to 1999.

De Hart also has been active in service to her profession, including tenures as a member of the program committee of the Southern Historical Association and as chair of both the AHA’s Committee on Women Historians and the American Studies Association’s program committee. In her AHA role, she helped publish A Survival Manual for Women (and Other) Historians—a pamphlet demystifying various aspects of the profession, from job interviews to publication submissions. That work later morphed into the non-gender-specific Becoming a Historian: A Survival Manual.

In the 1990s, De Hart was working on a book about sex, gender, and national identity and wanted to write a chapter on the Supreme Court’s changing doctrine on gender equality. To do that, she wanted case files from the ACLU Women’s Rights Project, which Ginsburg directed from its founding in 1972 until her appointment as a federal judge in 1980.

De Hart tried for a year, without success, to get access to the case files in Princeton’s archives. A colleague then suggested that she reach out to Ginsburg and offered to relay the request through a connection who went to the opera with Ginsburg—Supreme Court historian Maeva Marcus. So De Hart sent along a letter, her résumé, and her published books.

“I didn’t hear anything, and then I went to the mailbox at the university and I got this letter with Supreme Court letterhead,” De Hart recalled during a 2018 talk. “It was a copy of a memo [Ginsburg] had sent to the president of the ACLU, and it said, ‘Let this woman see these papers.’ ” 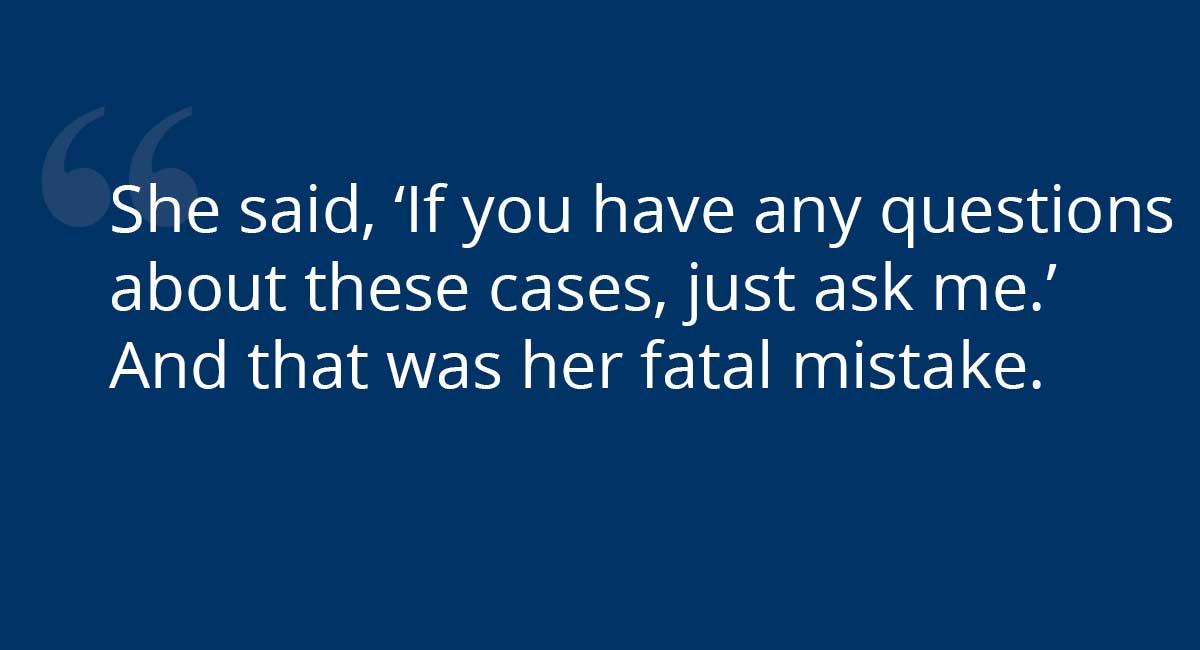 But then the ACLU couldn’t find those files—they had apparently been lost in a move—so Ginsburg wrote to De Hart to offer her own copies of the files, which were in storage at the Supreme Court at the time.

“She made good on her promise,” De Hart said. “Once in those files, I was hooked.”

Later, De Hart called Marcus to thank her, and Marcus offered her a chance to meet Ginsburg—at a lecture that the great Duke historian John Hope Franklin was giving at the Supreme Court Historical Society.

When Marcus made the introduction, Ginsburg was talking to fellow Supreme Court justice David Souter. Not wanting to interrupt, De Hart quickly thanked Ginsburg for her help and backed away. Throughout the evening, though, Ginsburg sought her out again and again in between conversations with other people, and the two began talking about the files that Ginsburg had shared.

“She said, ‘If you have any questions about these cases, just ask me,’ ” De Hart said. “And that was her fatal mistake.”

The treasure trove of files from Ginsburg prompted De Hart to shift course on her book project to focus directly on the ACLU litigation, and the more she wrote about that, the more she found herself gravitating toward Ginsburg’s own story.

“I knew I had to know more about the formative influences that shaped [the ACLU’s] chief litigator and strategist,” De Hart said. “How has she acquired the strategic skills and a distinctive vision of what feminism involved, as well as the perfectionism and persistence that enabled her to carry out this litigation?”

“She initially insisted that she didn't want biography,” De Hart said. “I honestly replied that I didn't intend to write one, but as I began covering her tenure on the Supreme Court and studying her equal-protection jurisprudence, the continuities with her ACLU years were too strong to resist.”

In 2018, the biography De Hart hadn’t intended to write was published, hailed as the first full-life look at Ginsburg. Along the way, De Hart had to overcome her subject’s reluctance to discuss her childhood, recover from a wild fire that engulfed her home and book material, and fend off entreaties from an editor who kept pushing her to cover Ginsburg’s next Supreme Court term.