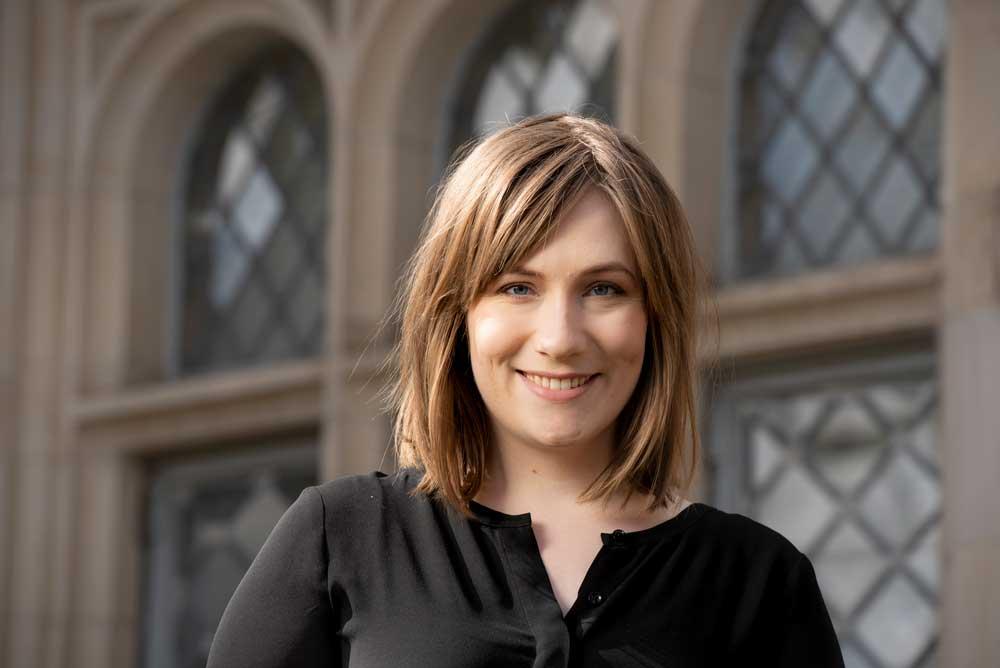 Ashleigh Thomas is a sixth-year Ph.D. student in mathematics. She has mentored and advised 17 high school and undergraduate researchers, including a Duke undergraduate whose multiyear collaboration with Thomas produced an award-winning honors senior thesis. Thomas' mentorship focuses on helping mentees define attainable goals and flexible timelines so they can develop their independence as researchers. She is an ardent advocate of diversity and equity in STEM and works to support the advancement of women and people of color in mathematics.

In addition to her mentoring activities, Thomas has been the instructor of record for Calculus I at Duke and is completing her Certificate in College Teaching. Her dissertation research uses an interdisciplinary mix of algebra, geometry, combinatorics, statistics, and computation to study the nature of a recently developed big-data technique called persistent homology, which she applies to an important biological question concerning evolution of discrete changes to morphological features. She has won the L.P. and Barbara Smith Award for Excellence in Teaching from the Duke Mathematics Department and was awarded an NSF Graduate Research Fellowship from 2013 to 2018.

“I think a big part of helping students be independent is choosing attainable goals. The way that I like to set up goals for my students is choosing something that is close by. It doesn’t have to be something big, but it can just be something new that a student can say ‘I proved this and this is why its important.’”

“As any great mentor, Ashleigh pushed me to achieve beyond my limits and provided frequent feedback and guidance. Our research meetings would teeter between collaborative discussions and chalkboard lessons, but Ashleigh was careful to respect my autonomy as a researcher even as she pushed me to ponder questions I had no idea where to even being answering. During these meetings, Ashleigh struck the perfect balance between collaborator and instructor, challenging me, guiding me, and allowing me to thrive even I thought the odds were stacked against me.”

“Given the depth of thought that Ashleigh devotes to mentoring, it should come as no surprise that she is highly motivated and unusually experienced in that regard, as well as in outreach and organizing, in addition to being a spectacular teacher. She is serious about all of these activities, particularly when the inclusion of women is concerned, and she has uncommon aptitude in the wide range of required skills.”

“Ashleigh has worked tirelessly to create a culture of mentoring in the mathematics department. I have witnessed her commitment to promoting inclusivity and diversity through the Duke University Math Mentoring Program that she co-founded. I have also benefited from having Ashleigh as my mentor.”

“Having Ashleigh as a mentor was transformative, especially as a female in STEM. Leading by example, Ashleigh has demonstrated that there are no limits to my success in STEM.”

“Ashleigh has a very no-nonsense attitude, and she forces me out of my comfort zone…Her mentoring has been crucial to my success so far, and it inspires me and others to want to pass along the favor.”