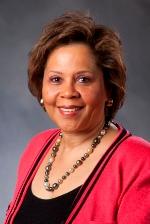 The “Think Like a Dean” series highlights leadership at Duke, examining the roles of different administrators and exposing graduate students to potential career paths in higher education. Our series kicks off with some observations from Dr. Paula D. McClain, dean of The Graduate School.

I think a good leader has to have vision but also understand the component parts of that vision. Some people are really big ideas people and then they have a lot of people around them who can take those big ideas and put them into different programs or policies to get there. We’re not like a big corporation with lots of people who are able to take an idea and run with it. So I think leaders of the schools and colleges have to be able to do both in this sense. We have to have the big ideas, think about how to get there, but then still have the people around us that can actually get those fine components together.

As a dean, you have to get people to work together and you have to understand that you don’t do it yourself. You have to recognize that there are lots of people that are working with you to help you get to whatever the vision is that you have. You also have to be a good manager. But, I also believe that one isn’t a natural manager. Just like we study things in our own research, one needs to study how one manages best and what’s the best way to end up with a healthy organization.

I have very strong associate deans who manage their areas and who are on top of everything. Things only rise to my level when there is a decision that they can’t make and that needs to be made by me. I appreciate that they are very good at what they do. But I’ve also made it a point to learn what they do. By learning what they do, I have a very good sense and appreciation of how hard they work and how difficult what they have to do is.

On Change within the Academy

Things just don’t happen quickly in the academy. Institutions move at a—I don’t want to say slow—but a deliberate speed. I think institutions have to think about what the latest wave is, the trajectory of that wave, what kind of staying power it is going to have, and if you really want to get on that wave if there is a lot of uncertainty about what is going to happen. Duke has been, I think, very deliberate in its thought process about changing and moving in different directions.

But you also have to understand that a lot of the change comes about organically from faculty, in terms of interests that they have and things that they want to do. They are the ones that put together a proposal or create a major or graduate program or something else and then things begin to move in that direction.

On Being an Administrator

Not all faculty members are cut out to be administrators. The thing about it is that a lot of times we don’t know whether we are going to be good at it until you actually have the opportunity to do it, which is probably why sometimes things don’t work out very well. I think you look for flexibility. I don’t mean that in the sense that people can just convince you to do anything, but that you realize that sometimes rigidity might not be the best approach and that sometimes you have to strike a middle ground on issues or on decisions. Then sometimes you just have to stand firm as well.

On The Graduate School

The Graduate School does so much. Think about all the structures for undergraduate students in terms of all the different organizations. The Graduate School does all of that for Ph.D. and research-based master’s students within our various divisions—it’s not only the academics, but finance, student affairs, and from the positive things in terms of supporting student groups to the behavior assessment team when students are having difficulties. It’s a big job. My colleagues in The Graduate School just do an incredible job and we are a small staff when you think about it. Sometimes you wonder how we get it all done, but we do.

Darren received his PhD in musicology from Duke University in 2015. He is currently visiting faculty at the University of North Carolina School of the Arts where he teaches music history.