Letting Go, and Other Lessons from the Mat

I hit rock-bottom during my graduate school career after facing an intractable problem with my microscope construction project that halted my progress for over two months. My response to this barrier was attempting to brute-force my way through it. For ten straight hours every day I fruitlessly attempted to solve the problem using my standard set of tools. Instead of trying different approaches, I simply tried harder; and the effort, coupled with the feeling of hopelessness and futility, broke me. I often worked at night, which meant that I was alone with my problem, in the literal dark, with no end in sight. After a few weeks locked into this stalemate, I noticed something was wrong. I could no longer summon the strength to go to the gym and perform the gut-wrenching high-intensity circuit workouts I was used to. I didn’t have the energy to cook or clean my house. I had energy for one thing only: to confront the seemingly impenetrable brick wall in front of me.

I recognized that these behaviors were out of character and determined to do something about them. A chance conversation at a student wellness seminar gave me direction. As I told the facilitator about my workout woes and how I dreaded going to the gym, she asked, “What if you had a class where you couldn’t see yourself NOT going?” Intrigued, my quest for this kind of class led me to the sport clubs. I had never played sports competitively, but learning a martial art had always occupied a top spot on my bucket list, which led me to discover the Duke Brazilian Jiu-Jitsu club.

Brazilian Jiu-Jitsu is a ground-grappling martial art in which two opponents fight to advance into a position of superior offensive capability to subdue the other using a joint lock or choke. BJJ has exploded into mainstream popularity in America thanks to its dominance in the world of mixed martial arts and the Ultimate Fighting Championship. I showed up for my first class at the Wilson Recreation Center combatives room and was instantly made to feel welcome and safe in the environment. The benefits were immediate and apparent. As opposed to strength training at the gym, where the rest period between sets gave me ample time to dwell on lab problems, during the live sparring of BJJ it is physically impossible to think about anything other than the person trying to attack you. Adrenaline-induced focus combined with endorphins from the exertion left me feeling renewed at the end of every session, and having a group of friends that I looked forward to seeing regularly pulled me out of the social isolation that was one of the roots of my misery.

I initially joined to beat depression but received so much more: a welcoming community, practical self-defense training, and lessons that translated directly to my professional growth. Jiu-Jitsu is ultimately the art of physical problem solving under conditions of extreme stress. It teaches you how to react logically and think your way through the steps needed to escape during uncomfortable situations (such as when someone has their arm around your neck and is pinning you to the ground). What are your options? What are the opportunities your opponent’s otherwise-dominant position creates? If you can think your way out of a physical problem while experiencing a decreasing supply of oxygen to the brain, your lab issues become much easier to work around by comparison.

I would often walk onto the mat after coming from an unsuccessful test or new experimental mystery and be confronted with a Jiu-Jitsu analogue from the instructor. We frequently discussed the idea of “two-door Jiu-Jitsu” or the idea that the very act of closing one door of opportunity opens another. Much like the physics problems I studied, in Jiu-Jitsu solutions often lie not in a particular action or level of force, but in carefully choreographing yourself into the correct position and angle, rendering the right action “easy.” This concept lies at the very heart of Jiu-Jitsu, which translates as “the gentle art.” This concept isn’t meant in the literal sense but indicates a basic philosophy which now serves as a guiding principle for me in other areas of my life.  If you try something and it doesn’t work, the solution is not to apply more force, but to try something else instead. While that may sound obvious, it’s a lesson that I could have used during the protracted battle with my microscope.

In these analogies I saw my own tendencies as a scientist laid bare on the mat. When I began my involvement with Jiu-Jitsu, I struggled to cultivate the self-confidence and adaptability to know when to let go. When I grasped a limb that could potentially allow me to obtain a submission hold, I would maintain my grip long after it became clear that my attempt would be unsuccessful. This reluctance to alter my approach often left me at a greater disadvantage than I would have been otherwise. When caught in bad positions I learned that letting go or even giving up, signaled by tapping on an opponent, can be the wiser option compared to fighting through unwinnable situations.

As with everything, there is a cost to my involvement with this activity. Brazilian Jiu-Jitsu, while safer than many high-impact sports, is not risk-free. I often can be found sporting numerous bruises on my arms or scuff marks across my neck. I have been choked unconscious and sprained an elbow. However, I don’t regret the cost of these superficial injuries as I cannot imagine the prolonged, internal suffering I would have endured had I never found this sport.

The final lesson that Jiu-Jitsu taught me is that time on task does not correlate linearly with results. The version of myself  who spent ten hours per day on the same task for two straight months would argue there was no time for two-hour long BJJ classes, but the wellness seminar host’s words ended up being prophetic: now, I could never see myself not going. Unexpectedly, I found that the less time I spent in the lab, the higher my productivity climbed. The mindset I was able to cultivate after sparring allowed me to solve problems more efficiently by focusing my thinking. My time on the mat, in other words, was not frivolously wasted but was an investment in my growth as a scientist and scholar. I am better for having stepped onto the mat.

I would like to acknowledge the members of the Duke BJJ Sport Club, especially club instructor and owner of Triangle Jiu-Jitsu Academy Seth Shamp. 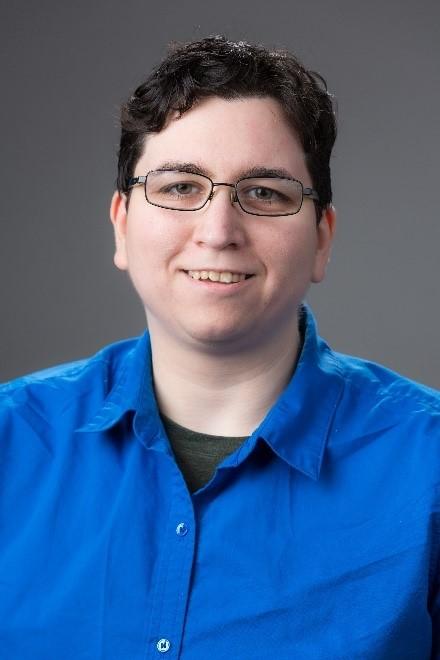