Most often, when graduate students talk about “the academic job market,” what we really mean is the “U.S. academic job market.” But what about the academic job market in the United Kingdom or the countries of the European Union? What challenges and opportunities might be encountered by a Duke Ph.D. looking for a career on the other side of the Atlantic? With generous support from The Graduate School’s Professional Development Grant, Romance Studies Ph.D. candidates Anna Tybinko and Elia Romera-Figueroa recently organized an event dedicated to exploring these questions. José María Rodríguez García, Associate Professor of Romance Studies at Duke, guided a conversation with Dr. Kostis Kornetis, a scholar who has successfully navigated an academic career in both the United States and Europe. Graduate students from Romance Studies, History, English, and German Studies had the opportunity to hear how to develop a professional profile that allows them to make their research and teaching skills relevant in international settings.

Our invited guest brought with him a wealth of experience in international academia. Dr. Kornetis studied history in Munich, London and Florence, graduating with a Ph.D. from the European University Institute, and went on to teach European History at Brown University and New York University in the United States. He then returned to Europe as a Conex-Marie Curie Experienced Fellow at the Universidad Carlos III, Madrid, and later as a Santander Fellow in Iberian Studies at St Antony’s College, Oxford. Currently, he is a Teaching Associate in Modern European History at the University of Sheffield in the U.K. Dr. Kornetis was able to provide attendees with helpful insights regarding the challenges and opportunities of entering the European academy.

The principal challenge, Dr. Kornetis explained, is that there really isn’t such a thing as “the European academy” at all; each country has its own national traditions regarding the academic hiring process, and they also frequently have varying prerequisites and accreditation systems (such as the Academic Staff Recruitment Assessment Programme in Spain or the Agrégation exam in France). In some countries, such as Spain, having the support of an established scholar within the academic system can be crucial so as not to appear as a “parachutist” into the system. Dr. Kornetis stated that the British system has traditionally been the most open and transparent to scholars from the United States, but it has become increasingly common for formerly optional certifications and prerequisites to become effectively obligatory. One example of such certifications is the Postgraduate Certificate in Academic Practice (PGCAP), a teaching qualification for university lecturers in the United Kingdom. Professor Rodríguez García, who has also held teaching appointments in both Spain and the United States, concurred with Dr. Kornetis’s assessments and concluded that the main boundary to international movement of tenure-track scholars has been the patchwork of national academic traditions.

Despite these challenges, there are still a number of opportunities for U.S. scholars looking for a career in Europe. Dr. Kornetis suggested that the most important thing is to establish contacts with scholars in Europe. This step can be done through networking at conferences and symposia in your field or even by applying for European Union-funded grants alongside European scholars. The Marie Skłodowska-Curie Research Fellowship Program, one of the best ways he’s found to make it into the European system, allowed Dr. Kornetis to make the move from NYU to Universidad Carlos III de Madrid. Dr. Kornetis also noted that several U.S. universities—including Duke—have campuses in European cities, and that teaching at one of these campuses could serve as a segue into European academia. As for publications, publishing in multiple languages is a plus but publishing in the top English-language journals in your field is probably the most important. Finally, experience in U.S. academia, and particularly the teaching experiences that graduate students in the U.S. receive, is seen as an asset in European academia. Dr. Kornetis stated that many academic job postings in Europe call for teaching experience that recent European doctoral graduates might not have, but that U.S. candidates typically do.

Beyond such practical advice, Dr. Kornetis also shared some personal reflections on his mobile, multi-lingual academic career. He said that he missed the highly participatory classroom experience in U.S. universities, but that he was grateful for having had the opportunity to teach in so many different academic environments in Europe. Even now in the U.K., Dr. Kornetis continues teaching with NYU London, thus maintaining his ties on both sides of the Atlantic.

For later-stage graduate students, especially those of us who work across languages or national contexts, the insights that Dr. Kornetis shared were helpful for identifying a wider range of career options that exist between a tenure track position (or its equivalent in other countries) and so-called "alt-ac" opportunities. For Dr. Kornetis, this included teaching post-docs in the United States as well as prestigious fellowships like the Marie Skłodowska-Curie Research Fellowship Program in Europe. His talk helped highlight the fact that, although it can be difficult to navigate the various certifications needed to work in higher education internationally, there is more than one way to remain affiliated with academia. As many of us face an uncertain job market in the near future, it was inspiring to learn how he has pursued excellence in research and teaching while also making the most of a mobile career—one that has very much complemented his comparative approach to, and expertise in, twentieth-century European history.

This conversation was the first event in a planned series on Navigating International Career Paths. Further events—likely virtual—will be held in the fall to continue exploring career opportunities for Duke graduate students beyond U.S. academia. 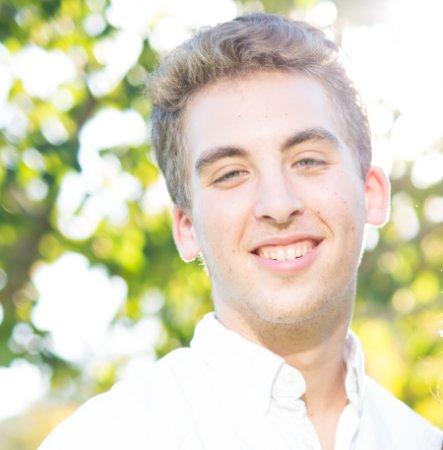 Sam Hunnicutt is a Ph.D. student in Romance Studies working on the politics of representation in the literature and media of 20th century Mexico and Central America.