From a Childhood in Rural China to the Chair of Pathology at Duke: Career Advice from Dr. Jiaoti Huang for Incoming International Students

Students from disadvantaged backgrounds often face difficulties on the path to an academic career, and international students looking for academic positions in the U.S. must meet the challenges of an increasingly competitive job market. The new Chair of Pathology, Dr. Jiaoti Huang, M.D., Ph.D., recently shared his insight into how to handle these problems during an interview with incoming Ph.D. students.

Growing up, Dr. Huang lived in a small village in rural China.  The closest town was five hours by foot, and one of his dreams was to see a car in the city. Until he became a teenager his family could only afford two bowls of rice porridge a day. These hardships, however, only reinforced his determination to succeed and helped him develop his drive for a better future.

In the 1970s China opened to the world and started restoring its universities, and in 1977 Dr. Huang was accepted into a local medical school. He went on to pursue cancer research in Beijing, where he spent his days in the lab and his nights studying English. All his work paid off when he was admitted to the historic China–United States Biochemistry Examination and Application Program (CUSBEA), which provided some of the brightest students in the field of biology with the opportunity to acquire world-class academic training in the U.S.

After research and clinical residency training at NYU, Dr. Huang accepted a junior faculty position at the University of Rochester. During the eight years he spent there he worked hard to build his credentials as a strong clinician, a promising researcher, and a dedicated teacher, and he developed an understanding of how academic institutions are managed in the U.S. That work culminated in the invitation to become a faculty member at the Medical School of UCLA. Dr. Huang was both excited and hesitant to accept. He knew that working in such a renowned program would be difficult, and he enjoyed the familiar environment at the University of Rochester, but he also wanted to embrace the challenge. He considered his options for three days before deciding to accept, and family support played no small part in this difficult decision. “We know that this is your dream, and we can move with you together,” said his wife and son.

Dr. Huang is now a renowned physician-scientist with clinical expertise in urogenital pathology. After seven years at UCLA he moved to Duke as the new Chair of the Pathology department. Here at Duke he has strengthened residency training and made it an even more intellectually stimulating and rewarding experience. Throughout his career, he has demonstrated his perseverance in academic pursuits and sincerity in listening to his colleagues’ ideas to improve the program, and these experiences have informed his leadership as Chair.

The students who attended Dr. Huang’s inspiring talk are now in a position to benefit from his advice and experience, especially those facing the challenges that come with being an international student or a first-generation college graduate. As Dr. Huang’s story shows, with hard work, perseverance, and good mentorship those very challenges can be instrumental to success. 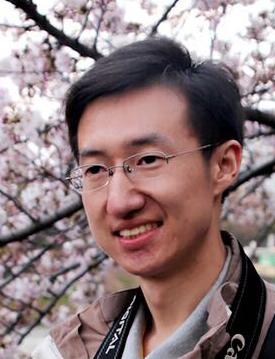 Yuanfan Yang underwent pre-medical education at Tsinghua University in Beijing and earned his M.D. in clinical medicine from Peking Union Medical College. He is currently doing his Ph.D. in neuro-oncology at Duke.