For late-stage Ph.D. students, determining what comes next after graduation can be an incredibly daunting task. This is even more true for those of us who may be interested in pursuing an academic career outside the U.S., as the majority of the professional development resources available to us are centered around the U.S. job market. With the support of The Graduate School’s Professional Development Grant, Romance Studies Ph.D. candidates Elia Romera-Figueroa and Anna Tybinko recently organized a virtual workshop with two Spanish scholars, Dr. Javier García Fernández and Dr. Guillermo García-Contreras. Using Spain as a case study for thinking about how to approach the challenges associated with pursuing a career in non-U.S. academia, they shared their knowledge regarding postdoctoral opportunities in Spain and Europe, Spain’s standardized accreditation system for academics, and possible paths to a full-time job at a Spanish university. The event’s virtual format facilitated the participation of graduate students not just from Duke, but also from UNC, Cornell, CUNY, the University of Kansas, and the Autonomous University of Madrid.

This workshop was the second of a three-part series on Navigating International Career Paths, following this past spring’s conversation with Dr. Kostis Kornetis on developing strategies for a mobile, multi-lingual academic career. Dr. García Fernández recently received his Ph.D. through the Program in Postcolonialisms and Global Citizenship at the University of Coimbra (Portugal), and Dr. García-Contreras is an Associate Professor in the Department of Medieval History at the University of Granada (Spain). Dr. Irene Gómez Castellano, Associate Professor of Spanish in the Department of Romance Studies at UNC-Chapel Hill, served as a respondent, kicking off the productive question-and-answer session that concluded the event.

Because there are many possible career paths for academic researchers in Spain (as demonstrated by this detailed infographic published by the Spanish Foundation for Science and Technology), our guest speakers began their presentation by focusing on a selection of the most important postdoctoral opportunities available. The examples they highlighted were the Juan de la Cierva Grant (which is subdivided into an initial Training Grant and a subsequent Incorporation Grant), the Marie Skłodowska-Curie Individual Fellowship, the BBVA Foundation’s Leonardo Scholarship for Researchers and Cultural Creators, and the Ramón y Cajal Grant.

Dr. García Fernández explained that the two-year Juan de la Cierva Training Grant is the opportunity most specifically geared towards recent Ph.D. graduates. He added that it is important for individuals interested in this grant to focus on developing their international professional network, because the grant requires the support of a host institution in Spain. Without having previously established relationships with local scholars and research groups, applicants will have a difficult time identifying a viable sponsor (each professor is limited to sponsoring one application per cycle). Scholars who have previously received the Juan de la Cierva Training Grant, as well as those who have acquired relevant postdoctoral training elsewhere, can subsequently apply for the three-year Juan de la Cierva Incorporation Grant, which Dr. García-Contreras received in 2017.

Both the Marie Curie Fellowship, which is sponsored by the European Union and is available not just in Spain but in all EU countries, and the Leonardo Scholarship, which is funded by prominent Spanish bank BBVA, require applicants to propose a concrete, feasible research project. Thus, as Dr. García Fernández clarified during the question-and-answer session, these opportunities are most appropriate for experienced researchers with a specific, innovative project in mind.

The Ramón y Cajal Grant is a five-year contract that includes both a personal salary and funding for research expenses, and also provides financial support to the recipient’s research institution. In some cases, this institutional funding may be used to help create a permanent faculty position following the grant’s five-year term. This grant differs from those described above because applications are evaluated on the individual scholar’s merit alone, rather than on the combined merit of the scholar and a sponsoring institution. Applicants for the Ramón y Cajal Grant need a strong CV to be seriously considered; the most recent cycle required applicants to identify their ten most impactful contributions to their field, which would typically be journal articles or books, but could also include curated museum exhibitions, patents, etc. However, Dr. García-Contreras pointed out during the question-and-answer session that, because an institutional sponsor is not needed, the application for this grant is relatively straightforward. He went on to suggest that even unsuccessful applications could potentially be worthwhile, because candidates who are not selected receive feedback from the selection committee that can be used to identify areas of improvement for future applications.

While our presenters chose these specific opportunities to highlight in their presentation, they noted that individual university departments also release their own calls for applicants to fill open postdoctoral positions, and suggested that we make use of online resources such as those provided by the Conference of Rectors of Spanish Universities, which provides a complete list of all Spanish universities by geographical region, and the Federation of Young Researchers (Precarios), which publishes information about open postdoc positions both in Spain and abroad.

Our guests then went on to explain the functioning of Spain’s teaching accreditation process, which is conducted through the National Agency for Quality Assessment and Accreditation (ANECA). This state agency grants candidates the necessary accreditation to apply for faculty positions at Spanish universities, evaluating applicants based on their research and teaching history. Upon applying, applicants must choose one or two academic rank levels for which they will request to be accredited, choosing from among the following options (approximate U.S. equivalents appear in parentheses): Profesor Ayudante Doctor (Assistant Professor), Profesor Contratado Doctor (Associate Professor without civil servant status), Profesor Titular (Associate Professor with civil servant status), and Catedrático (Full Professor). In order to be accredited for one of the official civil servant (funcionario) positions (Profesor Titular or Catedrático), candidates must either be E.U. citizens themselves or be married to an E.U. citizen. Choosing the appropriate levels based on one’s experience is important, explained Dr. García-Contreras, because applicants who are denied accreditation must wait a year before applying again.

To provide a concrete example of how these opportunities can be combined together to create a professional career path, Dr. García-Contreras shared his own trajectory. After completing his doctoral studies in 2013, he spent a year applying for postdoctoral positions, ultimately receiving a postdoc at the University of Reading in the United Kingdom. Following this experience, he was able to return to Spain and continue his research with the support of the Juan de la Cierva Incorporation Grant. Dr. García-Contreras subsequently earned his ANECA accreditation as both a Profesor Ayudante Doctor and a Profesor Contratado Doctor, and began his current job at the University of Granada under the latter title in 2019.

Although Dr. García-Contreras’s career path is certainly an inspiring success story, he wisely advised us to moderate our expectations, particularly considering the persistent endogamy that characterizes the Spanish university system. Unlike in the U.S., around 70% of professors at Spanish universities are employed by the same university at which they completed their doctoral studies, meaning that it can be very difficult for outside scholars to make inroads at these institutions. In light of this significant obstacle, both presenters reiterated the importance of expanding our international networks and establishing connections with scholars in Spain and other countries of interest, and underscored the value of strategizing possible avenues to entry in any European job market via a combination of postdocs and part-time teaching opportunities.

During the question-and-answer session, Dr. García Fernández offered an additional piece of advice to those interested in developing a long-term academic career in Spain. He suggested that such scholars consider cultivating a cohesive body of published scholarship, with publication titles that can easily be linked to their target field of study. Whereas recent trends within the U.S. academy have tended to promote the value of interdisciplinarity and diversifying one’s academic profile, a too-widely varied CV could be viewed more negatively in the European context, where traditional disciplinary boundaries are still more strictly defined. As Dr. García-Contreras added, this consideration applies similarly to ANECA accreditation, which requires applicants to apply within a specific disciplinary field.

Our guest speakers’ candid, practical advice gave those of us who attended this engaging event a lot of food for thought as we consider the international opportunities we might want to pursue over the course of our future careers as academics. The final event in this ongoing speaker series will be held in Spring 2021. 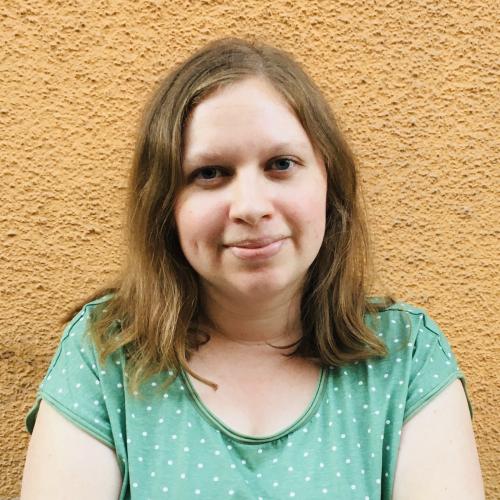 C.J. Enloe is a fifth-year Ph.D. candidate in the Department of Romance Studies. Her research focuses primarily on intersections between gender, economics, and media culture in 20th-century Spain. Her dissertation, “Molding ‘la mujer económica’: Conflicting Portrayals of Women’s Economic Roles in Magazines Published During the Franco Dictatorship,” explores the often contradictory messages that women’s magazines conveyed to readers regarding their economic roles within Spanish society during the first three decades of Francisco Franco’s dictatorship (1939-68).