Tracy Campbell, Ph.D. is a historian of twentieth-century United States politics and society. He has written five books, including Short of the Glory: The Fall and Redemption of Edward F. Prichard Jr. (Kentucky, 1998), which was nominated for the Pulitzer Prize, and most recently The Year of Peril: America in 1942 (Yale, 2020), which won the 2021 Barbara and David Zalaznick Book Prize for the best book in American history and biography from the New-York Historical Society and named him an American Historian Laureate. He is currently the E. Vernon Smith and Eloise C. Smith Professor of American History at the University of Kentucky where he has received the “Great Teacher” award from the UK Alumni Association.

What were your professional goals as you finished your graduate work at Duke? Was a university position your primary aim, or were you thinking about other options?

First on my agenda was finishing. I just wanted to be finished with my degree, start thinking about the dissertation as a book down the road, and find any way I could get my foot in the door, in terms of finding a position. It took a while, and it was a scary notion of What do I do now?

Some of the same things that I think helped me as a historian—tenacity, looking in every corner, trying to uncover everything you can, not taking anything for granted—helped me land my first position, which was at a small college in Kentucky helping students from outside the region spend a semester in Appalachia. It was a terrific transition for me and helped me think about how I wanted to teach and why it’s important.

What were the steps between your first job and your current position at the University of Kentucky?

I taught the Appalachian Semester position for two years. Then I landed my first tenure-track teaching job at Mars Hill College in western North Carolina, outside Asheville. Around that time, I started thinking about a biography of a political figure who never got elected to anything, and I thought, “No one’s going to want to read this.” But that project propelled me to a position at U.K. that I’ve been in now for 23 years.

The biography you’re referencing was nominated for the Pulitzer Prize, so I guess people did want to read it after all.

Well, you never know. You follow your instincts. You think about what it is that really moves you and the big questions you want to address rather than “What would readers five years from now want to read about?” What is it that motivates you, so that if you find out there’s a source in a state many miles away, your first notion is “How do I get out there? I can’t wait to get there.”

And I focused on the writing. That’s what Duke really forced me to start thinking about—the craft of writing, asking good questions, being tenacious in looking for sources, and then struggling to get the sentence right, the paragraph right, and the overall structure. It was just invaluable to me in so many ways, the people I worked with, the relationships I had. And what they taught me in their own work and their own teaching.

You’ve published scholarship on an array of topics including labor history, political history, biographies of people and landmarks. How do you choose the projects you want to spend so much time researching and writing about?

They kind of choose me. That sounds like a glib answer, but it’s not like I sit at a desk and think, “I need a topic, I think I’ll go and choose one.”

With the 1942 book, for example, I felt a great deal of anxiety about the 2008 financial crisis. It was everywhere. Trying to escape it for a few moments, I went one day to the library just to see: what do people experience when a society is under its most fundamental stress? I thought that might be an interesting thing to bring into class. What I thought might be an hour-long exercise turned into a ten-year project.

You ask that first question and it’s like the metaphorical dipping your toe into a stream to see if it’s warm, and the next thing you know you’re being rushed along this river, and you don’t know where it’s taking you. But I find things that move me, that make me think of a question that won’t leave my head. I talk it through with people who can relate to it in one way or another. And the next thing I know, I’m deep into this. 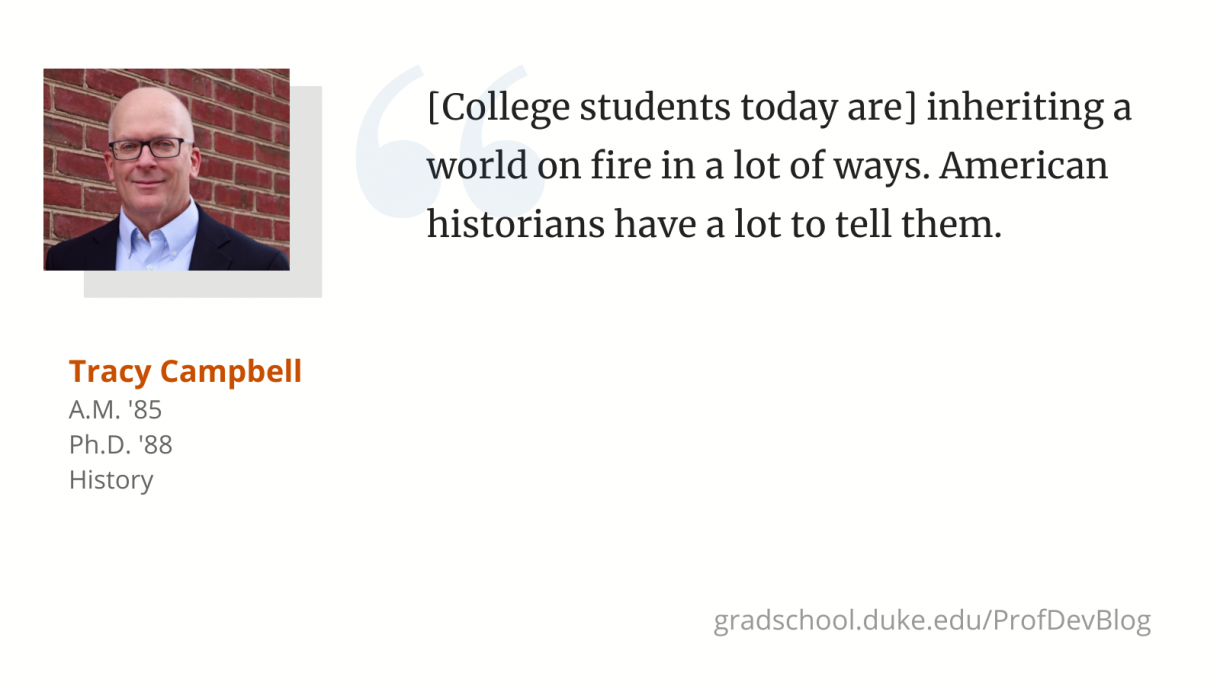 You’ve written on issues in U.S. history concerning election fraud or the nation navigating its place in the world as war develops. How has the contemporary relevance of these topics shaped the way you teach them?

I think the pandemic has changed a lot of young students. They’re hungry for tools that help them understand the present.

I especially like to teach first-year students, right out of high school, because I was a first-generation student. I had no clue what I was going to do. And college changed everything for me. It was like Dorothy in The Wizard of Oz where the whole world opens up.

I spent many months while doing the ’42 book investigating how the nation fought inflation. And as I was telling people about it, their eyes would often glaze over. Put me out of my misery. Who cares about inflation? What’s it got to do with anything? But now, in the summer of 2022, I don’t encounter that reaction anymore.

Democracy often comes down to good faith and today elections are being treated like a basketball game, where if I get more points than you, I win, but if not, then let’s just count the free throws, or some other means to determine the winner. This issue is about the very idea of governing ourselves. It’s what Nancy MacLean at Duke is writing about, trying to understand why some people subvert the democratic process. It’s serious business and students want serious business; they want to know. They’re inheriting a world on fire in a lot of ways. American historians have a lot to tell them.

What is your favorite memory from your time at Duke?

Anne Firor Scott did something when I took her introductory methods class that I’ll never forget. In my first couple days at Duke, she had us go over to the manuscripts collection and get our hands on primary documents. And I just loved it. I remember I looked through a police chief’s records in Alabama during the Civil Rights movement and I thought, “This is what I want to do.”

What a brilliant thing for her to do. To say, “If you want to be a historian, just go over, and look at any archival collection, I don’t care what it is. Just see what they tell you and what they don’t, and let’s talk about them.” That experience with the archives transformed me, and I often have my own students do the same thing. 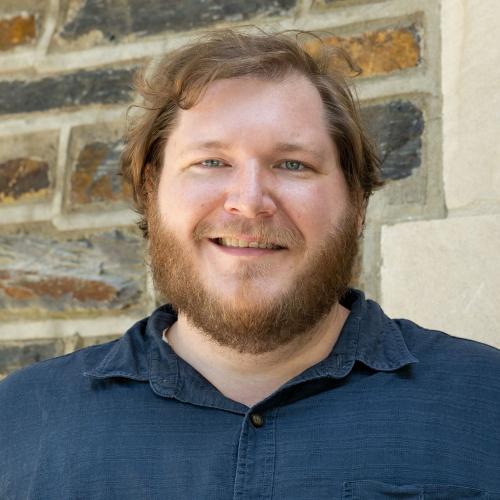 Garrett McKinnon is a Ph.D. candidate in History at Duke University. His dissertation is a cultural history of United States machine war in the 20th century. It critically studies U.S. drone warfare tracing the technology’s intertwining with politics and society from the World War I era to the present moment.