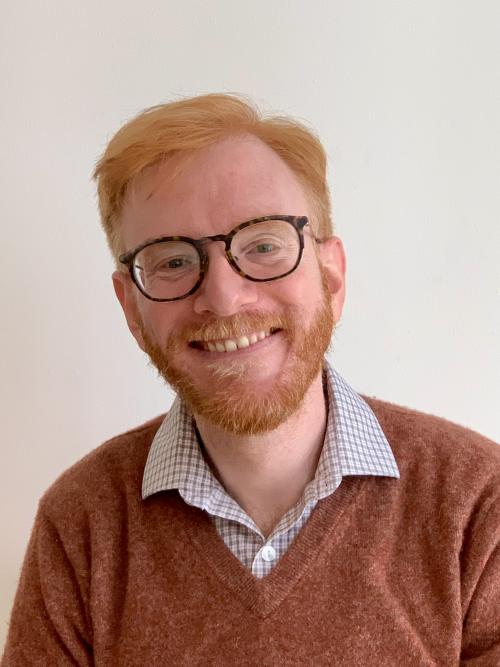 Could you tell me about your career path after Duke? What were your goals?

My partner at the time, who was also an academic, got a great postdoc in New York. We decided that I would look into secondary education while she pursued her path. I found that my Ph.D. and the Duke name, especially, really garnered a lot of attention. For my first three years, I was a middle and high school English teacher, but I was always set on teaching Latin. This past year, an opportunity arose. I seized it and it's been great. Funnily enough at my old school, the Latin teacher was also a Duke alumnus. So it's a small world sometimes.

What aspects of your Duke education have carried over to your career as a secondary school teacher?

My current job is at the Abraham Joshua Heschel School, which is a private Jewish school on the West Side of Manhattan. I teach all the Latin classes there. I'm also incredibly lucky because the teacher before me had established an ancient Greek elective, so I'm able to teach a bit of ancient Greek as well. I'm loving it; it's wonderful even given the current circumstances, which have made things really weird. I think Duke was instrumental to my success at this job because I was able to teach Latin to undergraduates for four years during the Ph.D. program. I think having that amount of graduate pedagogical training is unusual in Classics, and is a huge benefit of Duke’s Ph.D. program, whether you're pursuing an academic career or a career in secondary education. I think it really makes a candidate stand out.

Do you feel that it was difficult to pivot from college teaching to high school teaching?

I think the biggest difficulty was the issue of behavior. You don't expect misbehavior in a college classroom. In a high school environment, you have to focus on what students are doing and manage their behavior—and that’s a big change. But I was able to learn, since I kind of got thrown into the deep end. You have to establish yourself more as an authority figure in a high school classroom than you do in a college classroom, where that deference to authority is a given.

Are you currently working on any research projects?

Absolutely. Even in a job outside of academia, your research skills are still relevant and your knowledge of languages is still useful. I'm actually in the process of putting together a podcast about Herodotus using the research and language skills that I developed at Duke. I took William Johnson’s seminar on Herodotus in my first year of the program, which was incredible and really eye opening. The podcast will walk listeners through the entirety of the text in a casual, digressive storytelling format.

What is your favorite Duke memory?

I've got a wealth of great memories from the department. I think my favorite memory is when Oswyn Murray came to speak. All the faculty members were busy, so they asked a bunch of us to take him out to dinner. We went to get pizza and chatted. He was an incredible conversationalist. We learned all about, for example, the way in which the Italian government hired Neapolitan peasants to transcribe the papyri from Pompeii. They quickly found that they had to hire new peasants all the time, because the more Greek that these peasants read, the more Greek they began to understand. They began to edit stuff that they thought wasn't right. Having this freewheeling conversation with such an incredible figure in the field was just amazing.

In addition, I can think of 100 different times when the feeling of community in the department made what is a sometimes grueling process that much more pleasant. Everyone was friends. The faculty was approachable. I had a great rapport with my advisor, Peter Burian. That was wonderful.

What career advice would you give current graduate students?

I would say that academia can sometimes give you tunnel vision. Pursuing an alternate career may feel like you are failing, or at least intentionally choosing to depart from something that you have been studying for years. Once you consider the bigger picture, you see that a Ph.D. is something that is immensely respected, that is seen as an incredible accomplishment, and that will garner a ton of respect. Everything that you do in a graduate program is a marketable skill. Being able to read a lot of material and synthesize it, to summarize big ideas quickly, to think on your feet, to present ideas in public—we  learn all those skills and they are completely transferable. We can get bogged down in our research, but I can't say that I've used my dissertation topic very much since graduating. The fact of the matter is that all the skills that we learn are immensely useful, are marketable, and can make you stand out whether that's in high school teaching or in another field. It can be a bit scary to turn away from academia, but it's a big world out there. Grad students are more prepared than they might realize for the 21st-century job market. 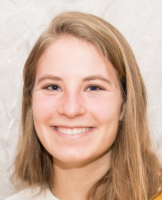 Melissa Baroff is a fourth-year Ph.D. student in the Classical Studies program at Duke. Her interests lie primarily in gender and sexuality in the early Roman empire. Currently, she is working on a research project on Poppaea Sabina and Octavia. Melissa holds a B.A. in Classics from Northwestern University.