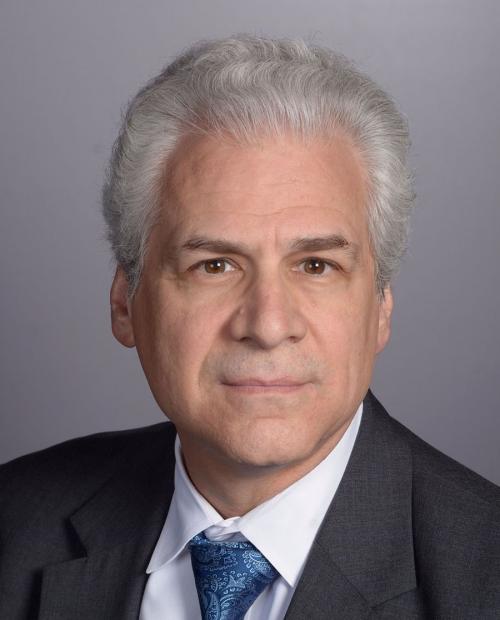 Michael Kurilla, MD, PhD, is the director of the Division of Clinical Innovation at the National Center for Advancing Translational Sciences (NCATS) Division at the National Institutes of Health (NIH). Dr. Kurilla previously served as the director of the Office of Biodefense Research Resources and Translational Research within the National Institute of Allergy and Infectious Diseases (NIAID) from 2003 to 2017. In addition, he has been involved with multiple international organizations, including the World Health Organization, and worked in antimicrobials for Dupont and Wyeth. Prior to entering industry, he was a faculty member in the pathology department at the University of Virginia, managing both a research lab and two clinical labs. Dr. Kurilla graduated from Duke University with his MD-PhD (Microbiology) in 1985.

What has your career path looked like since graduation?

I received my MD-PhD degrees from Duke in 1985. My PhD was in Microbiology. Back in those days, there was a moderate percentage of students being steered toward the field of pathology, so I pursued my post-graduate training in pathology through a residency at the Brigham & Women’s Hospital in Boston, and a postdoctoral program at Harvard Medical School as a Life Sciences Research Foundation fellow and Lucille P. Markey Foundation’s Markey Scholar. At the time, I thought I would probably have a relatively uneventful academic career in a pathology department somewhere and decided to join the University of Virginia’s Department of Pathology as a faculty member. I was active in research, teaching both graduate and medical students, in addition to my clinical responsibilities.

However, I was not really satisfied with my career trajectory and started working for an antimicrobial company, DuPont, and later for Wyeth. At some point, my wife asked me to find a job that wouldn’t require us to move all the time and that was how I ended up working for the National Institutes of Health (NIH). I arrived at NIH first as a medical officer, but because of my industry experience, especially in drug development, I was eventually promoted to become the director of the Office of Biodefense Research Affairs at the National Institute of Allergy and Infectious Diseases (NIAID) within the NIH. After more than 14 years at NIAID, I took a new position as the Director for the National Center for Advancing Translational Sciences (NCATS) Division of Clinical Innovation, which manages the Clinical and Translational Science Award (CTSA) program. I really enjoy working at NIH as I have the opportunity to engage with researchers in academia, in large and small companies, and other federal and state institutions, such as the Departments of Defense, Homeland Security, NSC, FDA, and CDC, in addition to international bodies.

From graduate/medical school to academia to industry and finally to NIH: which transition was the hardest to make? Why?

My transition to NIH was the hardest to make. It was hard because my expectation was different, and I had no good sense of how the NIH really operates and what it does. For example, in addition to shepherding science research, there is an expectation that the NIH can explain everything to the public, the White House, and Congress. Most scientists are only well-equipped to communicate with other scientists, even though we really should be providing information in a way that the target audience can find relevant. In science, we always talk about publication and research grants as output. But beyond output, there is outcome, which is the actual impactful result that most interests non-scientists: Can this study produce a new treatment? New predictive tests? Reduce cost? We need to be able to answer those concerns.

Tell us more about your current position at NIH. Do you still get the chance to conduct research as a Division Director of NCATS?

Much of what I do currently is administrative. About 90% of the total NIH budget goes to extramural funding (beyond NIH). Specifically, I oversee the CTSA program funding of $540 million which funds exclusively extramural research efforts, in addition to numerous scholarships and fellowships programs for pre- and postdoctoral researchers and junior faculty members. We also support clinical research innovations, such as how to increase the retention rates of patients in clinical trials.

What is your favorite thing about what you do? What has been the most surprising thing about it?

The most fun part of what I do is actually going out and visiting institutions to engage with junior researchers and faculties, which is where a lot of the real cutting-edge, next-generation ideas are coming from. We want to help them translate their science into interventions and innovations that improve the health of individuals and the public. In the past, this process was rather simple as companies would usually approach scientists following a eureka moment to implement a study. But now, these companies want to see results before investing their money. To do this, we need a team of specialists with a wide array of expertise, including medicinal chemists, formulation technologists, toxicologists, and regulatory specialists, to come together to get started on even the early phases of clinical trial protocols. I enjoy what I do because the CTSA, which I oversee, actively helps researchers with streamlining this process and creating viable ways to address problems that we did not even consider as problems before.

You have also led several initiatives with international organizations, such as the World Health Organization (WHO). How did those experiences differ from working for national and local organizations and institutions?

I was recently involved in the WHO Ebola Science committee and chaired the Scientific and Technical Advisory committee that advised the WHO on the full range of Ebola interventions. In general, the WHO has no authority and mainly acts as a coordinator and organizer in what they want the member countries to focus on. We were the go-to people, the funders, and the majority of our focus was on inclusion (bringing people together) and diplomacy, which is different from a national institution like the NIH.

Do you have any advice for current graduate students who are still unsure about whether they should pursue academic, industry, or public-sector work after they graduate?

I would say that the most important thing is to be open-minded. I suggest that students take advantage of opportunities where they can experience other environments, even within their respective fields, such as the governmental policy or industrial side. For example, the American Association for the Advancement of Science (AAAS) sponsors internships and fellowships for pre- and postdoctoral researchers to work within their fields but from the policy side. Some do end up working for congressional committees as staffers to provide scientific input that helps lawmakers make decisions. I think we need to get away from the notion, especially in the pure sciences, that we should not deal with problems or projects that are too practical or too political. The truth is, as soon as someone other than the scientists cares about a particular issue, that issue becomes a political one. So be open, take advantage of opportunities to enrich and understand the broadened relationship of what you do within your field to the rest of the world. 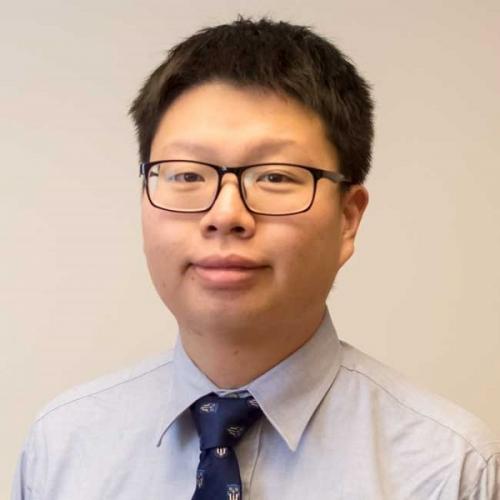 Hananiel Setiawan is currently a Ph.D. student in Medical Physics and a Duke University Scholars Program Graduate Fellow studying the application of physics in the field of medicine. His career goal is to contribute to research in cancer diagnostics and treatment. Originally from Indonesia, Han has lived on three continents and very much enjoys exploring new places. Connect with him through LinkedIn, Twitter, Scholars@Duke, or his website.