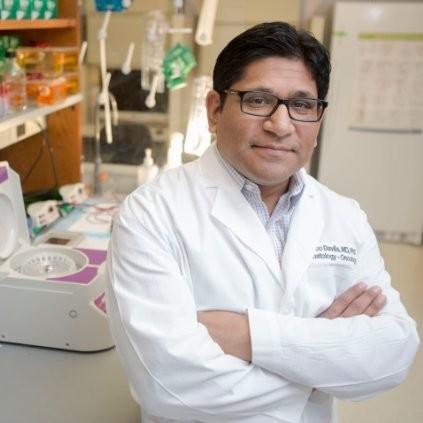 Marco Davila received his bachelor’s degrees in Biology and Chemistry from Texas Christian University in 1995. He then completed his M.D. and Ph.D. in Immunology at Duke University in 2004. At Duke, he trained under the mentorship of Dr. Garnett Kelsoe investigating the mechanisms of B cell development and how these mechanisms can go awry and lead to B cell malignancies. Marco then went on to residency in internal medicine at New York Presbyterian Hospital, followed by a fellowship in medical oncology at Memorial Sloan-Kettering Cancer Center. He became an assistant professor of cancer biology at Vanderbilt University in 2014 before moving on to the Moffitt Cancer Center where he is now a senior member. His research focuses on developing gene-engineered cell therapies for the treatment of cancer. He is also a consultant for the Durham-based Duke spinoff Precision BioSciences.

How did you decide to focus on an immunology Ph.D. during your M.D./Ph.D. program?

When I interviewed for my M.D./Ph.D. programs, the example I gave to everyone was going into Neurobiology for my thesis department and then Neurology as my clinical practice. And I did my Neurology elective that second year of medical school, and I realized I did not like Neurology at all. So, once I got that exposure, it made me realize I had to rethink what I wanted to do for the research program.

One of the cool things I liked a lot about Duke was that we did the clerkships [working in the hospital with patients] first, so it gave us exposure to medicine. Obviously, the goal of this is to try to combine your laboratory research with your clinical practice, so it gave me exposure to different fields. I decided that what I really enjoyed about the second year was dealing with cancer patients and internal medicine issues, cancer kind of at the forefront, rheumatology as well. And I realized that both of those things were connected to Immunology because at the time, Duke was (and remains), a major site for cancer immunology. So, I was not entirely certain what I want to do clinically, but I knew that it was probably going to involve the immune system.

What were your career goals as an M.D./Ph.D. student, and do those differ from where you’ve ended up?

My goal was always to be someone who saw patients in the hospital or the clinic and have that inspire my research. I also wanted to use multiple investigational mechanisms to answer a question. And I’ve been lucky: that that’s exactly the path that I’ve been able to take. I was very successful at Sloan Kettering as a fellow and as a junior faculty member where I got promoted, but when I moved to Moffit, it was my first opportunity to really grow my own translational program. I focused initially on mouse work and developed several animal models to investigate adoptive cell therapies. Then, these CAR-T cells were approved for patients, and I saw an opportunity to start learning how these work in the actual patients I’m seeing in the clinic.

I tell my postdocs and students that my goal is not to be the guy with the hammer looking for a nail. It’s to see the problem in front of me and go to my toolbox and find what’s the right tool to be able to answer this question.

What’s your favorite thing about your career?

I love that fact that I’m never bored a single day of my life. For me, the repetition of working in the lab every day or seeing patients every day would ultimately wear on me. On a single day, I’m the medical director of the cell therapies facility, I’m a clinician, and a laboratory-based investigator. I have products that are licensed to companies that we’re working with. I enjoy that every day I wake up, I don’t know what’s going to challenge me whether it’s going to be the lab, or patients, or GMP production of cell products. I love that there is no wash-rinse-repeat to my day.

Garnett Kelsoe, my thesis mentor, gave me the model I still follow. When I was leaving Duke, he said, “Marco, you will never get paid your value without moving.” If you want to continue to develop your career and get promotions, you have to be willing to move. So that’s advice that I follow very carefully. I love Duke, and I love North Carolina, but I knew I couldn’t be pigeonholed into a single institution. I had to move on and develop myself, so I went New York. I went to Cornell and Sloan Kettering, and I was part of amazing things there and had the keys to this kingdom somewhat offered to me. They tried to push me to a pure clinical application of technology, and I still wanted to do research. So, I left Sloan Kettering for Vanderbilt where I got my first start-up package. Then at Moffit, they had cell therapy facilities, they could make cells, they could translate stuff, so I just said “I’m going to go.” And I got promoted in that process as well, so I’ve been able to develop my career in a way where if I stayed at one place, it would have been harder for me to accomplish some things.

Do you have any interesting projects in the works?

The thing I’m most excited about is that we just published a paper in JCI a few months ago targeting CD83 with a CAR [Chimeric Antigen Receptor] to treat graft versus host disease (GVHD). It worked phenomenally well because it turns out that alloreactive T cells express CD83. GVHD is a niche field, but alloreactivity is not, so we see a huge potential for this to translate to autoimmunity. As a field, we’ve done phenomenal things for B cell malignancies with ALL, DLBCL, mantle cell lymphoma, and the big idea is, can we move beyond B cell malignancies, can we move to solid tumors? I’m hoping we can. But I’m trying to take it a step even further, to see whether we can move beyond cancer to other medical issues like autoimmune diseases. So I’m really excited about that because ultimately one of the things I enjoy is innovating.

In what other ways has Duke played a role in your life?

Duke is a part of my life and my fiber and DNA. I met my wife there; she worked in admissions at Duke. We met there my second year. My daughters have gone to the Carolina Friends School. (There are multiple campuses, and one is on the Duke campus.) So Duke is in my DNA. It’s amazing to think that one hospital, one institution plays such a major role in my life, even though we only lived there for nine years.

As a postdoc at UNC Chapel Hill now, people keep asking me if I’m going to switch allegiances, but I’m a Blue Devil at heart.

It’s funny. My dad was in the military, so we would move around from base to base. We lived in North Carolina at Pope Air Force Base for about five or six years starting in 1982. If you know anything about college basketball, that was the year of Jordan, Worthy, and Perkins. They won the NCAA championship when Michael Jordan was a freshman. I remember they came to Fayetteville and we were able to see them, and from that point in time, I became a huge UNC basketball fan. When I ended up going to Duke it was really hard for me: Geez, who do I root for? I kind of treat this like my children in that I don’t play favorites. So, whenever Duke and UNC play, whoever wins, I just want a clean game, and if either one of them wins the NCAA championship, I’m happy. It was certainly a weird experience, and I kept that quiet during medical school. I did not want to make it that well-known that I was a huge UNC basketball fan when I was attending Duke because I was afraid I would never be allowed into the Cameron Indoor Stadium. 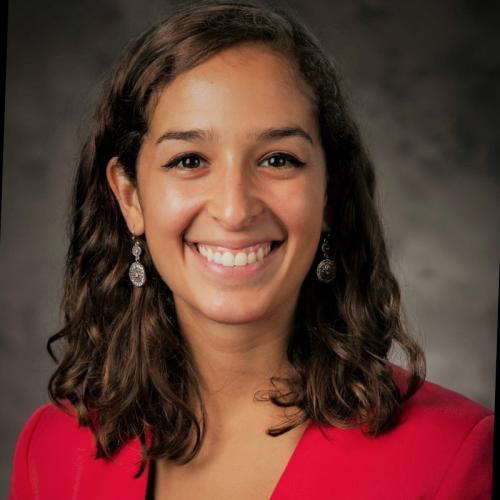 Lindsay Dahora, Ph.D. is a recent graduate of the Immunology program at Duke where she also obtained a certificate in Global Health (2020). She has since joined the Microbiology and Immunology Department at UNC Chapel Hill as a Postdoctoral Research Associate in Dr. Aravinda de Silva’s laboratory. Her research focuses on human antibody responses to flavivirus (Dengue, Zika, Yellow Fever, etc) infection and vaccination, and examines functional mechanisms of protection from disease. She is working to decipher what types of antibodies protect humans from flavivirus infection versus those that may enhance disease. Follow her on twitter @DahoraLindsay.