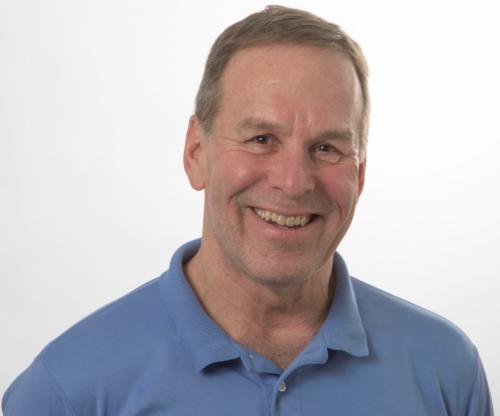 Jothy Rosenberg received his Ph.D. in Computer Science from Duke in 1983. In his dissertation work, he worked on VLSI, a process for designing computer chips. He subsequently taught as a professor of computer science at Duke for five years before entering the startup world. Dr. Rosenberg has started and/or led eight companies with two exits over $100M. He is now the CEO of Dover Microsystems, a cybersecurity company focused on solutions at the computer hardware level.

How did you begin your career after finishing your Ph.D.?

Before I graduated in 1983, I had already gotten an offer to be the vice president at a brand-new company called MCNC. So for a few years, I held two jobs: four days a week at MCNC, and one day a week as an adjunct professor at Duke CS, where I also had a few students. Ultimately, I had 12 students, which was a lot—especially for an adjunct. My students enjoyed the fact that I had real-world projects for them. Several got a master's under my supervision, and one got a Ph.D.

A lot of my funding at the time (around 1987) was coming from NASA. My students and I were building a massively parallel 1000-processor supercomputer for a space shuttle, and I got so excited for the commercial opportunities that I decided to start a company. I had no idea what I was doing, but I knew I had to leave North Carolina. So my wife and I moved to Silicon Valley (where I had connections through family members), and I founded my first startup in 1988.

We built 100 supercomputers in four years, which was a lot. I was one of the 12 founders, and I ran the software group. Also, one of my students at Duke had come with me, and he wound up becoming the CEO. After the four years, I left for a larger company, which brought me to Boston, where I continue to work on startups. My current company is startup number 9.

How did your family feel about moving from Silicon Valley to Boston?

My wife is unbelievable; she's a really good sport about everything. She's also very tough and resilient. But my kids were in 7th and 8th grade at the time, and when you move someone at that age, it's like their life is over because their world revolved around their friends. They basically cried every night for a month, and hated my guts for moving us to Boston.

Originally, it was only supposed to be a year-long business trip. But three months after the move, my wife and I went to a back-to-school night, and we realized that the schools in Boston were so much better than the ones in California. Our kids had been a year behind in science and math, but they had caught up. Foreign language, music, arts, and sports were also much more vibrant in the Boston schools than the California schools.

My kids eventually came around; in fact, they became really "Boston." My son, to this day, is a huge fan of the Red Sox, Patriots, and Celtics. And not too long after we moved here, all the Boston sports teams won championships. So my son realized that we moved here at a perfect time, and things are much better.

What advice or experiences can you share about working in startups?

A really important thing is to find a team with complementary skills. In other words, find people who have skills that you don't have. For example, when I was first starting out, I didn't have any idea how to raise money for a startup. So we found somebody who had worked in a venture capital firm and was interested in our work. He raised the money, and I pitched the company from a technology standpoint. And once you've assembled this team, you should learn from them as fast as you can.

On a related note, I do have a strong opinion: technology startups need to initially have a very technical CEO. So at my startups, I was okay as CEO, but only for a while. Once the company had a product proven in the market, then it needs a more sales-oriented CEO in order to scale. So three times, I shifted from CEO to a technical leadership role as CTO. Only years later, at around age 50, did I become well-rounded enough to handle both the technology and the sales/marketing as CEO.

How else has your career changed over the years?

Something else that's changed for me is that I've become more selective about working at a company. At first, I kept starting a company before figuring out if there's a market for our product. That's so common—most technologists do that. But now, we identify a significant problem or gap in the market, and if we can figure how to solve it, then we start the company.

For example, my current company was founded after a huge cyberattack on Iran in about 2009. That attack showed that a few hundred lines of code could destroy physical equipment on the other side of the world. As a computer scientist, I realized that much of our efforts were misguided. We had forgotten, or never even knew, about the security side of both software and hardware. So this was a huge problem, and led to the founding of my current company.

What is one of your favorite memories from your time at Duke?

At the time, there was a CS professor at Duke named Arnold Rosenberg. Despite our last names, we are not related, though I did call him Uncle Arnie. His work was very different from mine: his was extremely theoretical, while mine was very applied.

While I was at Duke, my CS advisor went back to Bell Labs; he had been on a temporary assignment at Duke. This meant that he couldn't be my advisor anymore, so I asked Arnie to be my new advisor. He initially objected since our work was so different, but I managed to convince him that working together would be mutually beneficial.

I was already close to finishing my dissertation. After about a year, I handed him the final draft of my dissertation, and I expected him to say, "Great, let's schedule your defense." Instead, he told me that I only have another year. During this year, he said, I would write papers, give talks, and improve my public speaking.

At first, I was furious. But since then, I have thanked him, and I cannot thank him enough. Now we are good friends, and he is my best memory from Duke. 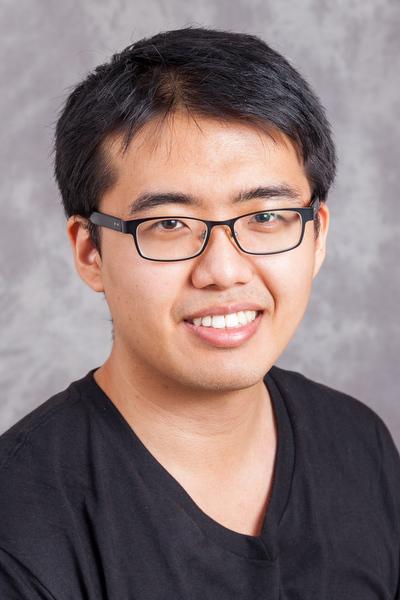 Kevin Sun is a fourth-year graduate student in the Department of Computer Science. He graduated from Rutgers University in 2017. His current research lies in the intersection of machine learning and algorithm design. Some of his hobbies include playing games, listening to podcasts, and tinkering with his personal website.