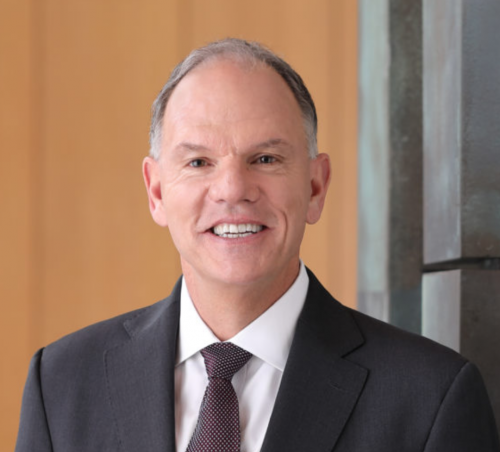 Geoffrey Garrett received his Ph.D. in Political Science from Duke in 1990, where he was a Fulbright Scholar. He currently serves as Dean, Reliance Professor of Management and Private Enterprise, Professor of Management at the Wharton School, and Professor of Political Science at the University of Pennsylvania. In July of 2020, Garrett will become dean of the USC Marshall School of Business. Previously, Garrett was dean of the business schools at both the University of Sydney and University of New South Wales (UNSW) in his native Australia. A highly cited international political economist, he has been a professor at Oxford, Stanford, and Yale universities.

What was your experience like as a graduate student at Duke?

My Australian advisor, who had done a Ph.D. in the U.S., said to me, “Listen, this is the luckiest thing that happened. If you go to the U.S., you'll get a really good education, and they'll pay for it. It won't cost you a lot of money to do it.” So I thought, well, that's a great idea, but I really thought that I'd come to the U.S., spend a few years here, and go back to Australia and work in the Australian government, which is what my whole family did.

So, I came here to Duke. And what happened was I fell in love with research. My love of research just had dramatic consequences: five years after I wasn't good enough to get a Rhodes Scholarship, I found myself in Oxford teaching the Rhodes Scholars. And that was all because I came here to Duke. It was a remarkable thing that I could never have anticipated. I will always be just unbelievably grateful to Duke for everything they did for me, and above all, to Peter Lange, who was at that time the Director of Graduate Studies in the Political Science Department. He went on to be a superbly successful provost at the University, but having Peter as my advisor, then my co-author, and for all of that time, my friend—I'll never forget that.

Can you talk about your transition from political science to business schools?

There are actually three parts. The first transition for me was when I became a full professor of political science at Yale in 2001, which turned out to be my last year of full-time teaching and research. It is a very inwardly focused thing being a research scholar. I wanted to get more into organizations, organizational dynamics, and organizational leadership. So, at Yale, I started to pivot to administration. I was running a political economy program, a research program, and an undergraduate degree program, like the Philosophy, Politics and Economics (PPE) Program at Duke. I was really enjoying those tasks, particularly the fundraising and external relations.

Then, I got offered the job to be, in essence, the chief international officer for UCLA. My wife also wanted to move back to California. I joke that you know when you’re no longer an academic if you get up in the morning and you put a suit on. That was almost 20 years ago. Eventually, I started to feel that I wanted to be engaged outside the university. Working on international issues was a way to do that, and so I next ran a think tank (the Pacific Council on International Policy) and started an institute in Australia (the United States Studies Centre).

I ultimately came to see business schools as being about the most externally oriented part of universities in a world that fit my skill set. Getting into the business-school world was sort of a natural for me. But of course, I'd had no history there. As I often joke, but it happens to be true, I'm the weirdest dean ever of the Wharton School. An Australian political scientist is the dean of the oldest business school in the world! That's a really weird thing to have happened, but for me, I can chart that path.

The most challenging part is that if you are dean of a business school, you have many different stakeholders, such as students, alumni, faculty, staff, and the rest of the university. You need to be able to engage in a meaningful and productive way with all of those groups—but they're so different. The challenge is to have a very solid core vision of what you're saying and what you're trying to accomplish but to be able to communicate this vision to each of the different stakeholder groups. It's a fantastic challenge.

The reason I find my job so enjoyable is the quality of the people with whom I get to interact. It's a thrill for me on a daily basis to interact with extraordinary students, amazing alums, and some of the best academics in the world.

What's the best career advice you would give to graduate students at Duke?

Don’t follow me! Here is a story about that: at the beginning, I went to Oxford, and I had a fellowship that had to be taken outside the U.S. At the time, I really didn't want to leave Duke to go to England. I was so committed my research here that I just wanted to stay. But I got this fellowship, and I could take it anywhere and to sort of complete the circle, I thought, well, I'll go to Oxford. They had a bunch of really interesting people in political economy. (It proved to be a great move for me—I met my wife there.) And then my advisor Peter Lange talked me into applying for some jobs in the U.S., and I was lucky enough to get a job at Stanford.

But I went to Stanford and I hadn't really started my dissertation. So during my first two years as an assistant professor, I wrote my dissertation, which was not easy to balance with all my other responsibilities! The lesson? Finish your dissertation promptly and don’t follow my circuitous path. 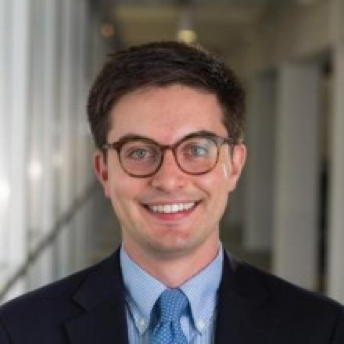 Elliot Mamet is a Ph.D. Candidate in Department of Political Science, a Kenan Graduate Fellow and a Capper Fellow in Intellectual History at Duke. He researches how democracy accounts for those on the periphery of political life. His website is elliotmamet.com.