Fari Nzinga, Ph.D., received her degree from the Graduate Program in Cultural Anthropology in 2013. Named a 2014 ACLS Public Fellow, she is currently the Public Policy Officer at the New Orleans Museum of Art, which is the largest museum of its kind in the Gulf South.

Tell me a bit about your current job.  What do you like most about it?

My current job title is Public Policy Officer at the New Orleans Museum of Art. In practice, that means I build relationships between individuals, institutions and organizations that have historically felt excluded from or underserved by the museum. The process of diversifying the audience for the museum is a reciprocal relationship—it’s not just about trying to get them to come to our events, but it also involves going to their events and being present as a person affiliated with the museum. Ultimately, the museum should be seen and utilized as a common resource for the people of the city. The other aspect of my job is background research; I try to gather information on the debates, information, or ideas that are circling in the art world, and synthesize them into knowledge that can be useful for the museum’s strategic goals. An important part of this is giving presentations to decision makers at the museum on a fairly regular basis.

I got this position through the ACLS Public Fellows program, where recent Ph.D.s (in the humanities and humanistic social sciences) apply for jobs in the public sector and work on a two-year contract, while receiving additional professional development support from ACLS. I really appreciate how the structure of the position allows me to gain valuable professional experience in the sector I want to be in, while also having some flexibility to explore a broader range of options in a given career path that I might not have had otherwise.

How did your graduate education at Duke prepare you for this position?

One of the most valuable things I did while at Duke was participating in the Public Anthropology Initiative, where I was able to get out of the academic space and address a non-academic audience. While it was a rewarding experience in itself, learning to communicate with that broader audience has been very valuable towards the work that I am doing now.

When I arrived at Duke, my department was going through a period of restructuring, which in some cases encouraged me to look beyond my department for additional resources and support—for example, I took several classes at UNC, I took classes in other departments, and so on. I think that the process of navigating that profound institutional change made me especially attuned to the politics and culture of institutions more generally, which has been useful in my current position. It may have also pushed me to be more entrepreneurial about my education, which has broadened my network in ways that I might not have done otherwise.

Finally, while I have nothing but love for all of my committee members, I have to give a quick shout-out to Lee Baker (Dean of Academic Affairs of Trinity College of Arts and Sciences, Associate Vice Provost for Undergraduate Education, and Professor of Cultural Anthropology, Sociology, and African and African American Studies), who was the first person who got me thinking about the history of anthropology, what its strengths were, and how it can make a difference outside the academic world.

What were your career plans when you arrived at Duke, and how did they change over the course of your graduate education?

Before coming to graduate school, I had this vision that I wanted to emulate Arturo Schomberg, who was a black intellectual mover and shaker who amassed this huge personal collection of archival materials on African-American culture and early twentieth-century Harlem.  This collection eventually became the Schomberg Center for Research in Black Culture, which is sort of a cross between a library, a museum, and an archival collection—it’s actually incorporated into the New York Public Library system. I was going to do the same thing: collect materials, create this dedicated institution with dynamic programming, and everyone was going to come, and it was going to be this totally awesome institution.

I did my undergraduate studies at Oberlin, so part of adjusting to graduate life at Duke was that I had to figure out how to fit my broad liberal arts interests into something more cohesive. At the same time, I think that the liberal arts mindset made me more open to considering a variety of opportunities, especially once I started to recognize that I was not interested in working in academia once I graduated.

What’s funny is that as I look back on my original vision in the context of what I’m doing now, this position is actually a fairly clear first step toward that goal. That’s pretty exciting.

There were a few steps between graduate school and your current job.  What were some important experiences outside the structure of coursework and research for the dissertation that shaped your post-graduate trajectory?

During the course of my research, I encountered this group of folks who were native to the city of New Orleans who had collected documents, historical artifacts, artworks, and other items and wanted to organize these materials into a community-based museum.  These were retired educators, lay historians, people interested in genealogy; they were all very smart people, but they needed someone who could organize this stuff and get it off the ground. In the process of helping them, I began to see how a career in a museum could not only be a way to live in the world and pay the bills, but it could also be this highly impactful, meaningful work that connected to a tradition of activism and community engagement.

At the same time, I was doing independent consulting on the side, where I was advising other prospective students on how to get into graduate school. And because of this consulting work, I had to keep track of different opportunities and fellowships that I could recommend to my clients, and the ACLS was definitely one of the institutions that was on my radar.

The year I was finishing up my dissertation, when I went to update my information on fellowships for my consulting job, I saw that not only was there an ACLS Public Fellows opportunity in New Orleans—and there’s never a posting in New Orleans—but it was to work in a museum.  I thought, “I owe it to myself to apply to this.”

But I might not have ever known about that opportunity were it not for the consulting, and I probably would not have seriously considered it if I had not already been doing this kind of work in the community.

What advice do you have for students who may interested in the ACLS Public Fellows program, or non-academic career paths in general?

This is going to sound really clichéd, but I believe that you should follow your passion.  Think deeply about what it is that you love about the subject or the content of your research, and work from there to create a wider impact.

More specifically, to those who are considering the ACLS Public Fellows program, my advice is: Yes, absolutely yes, you should do it.  I have noticed that even since I have become a fellow, there’ve been more and more anthropologists who participate in the program, and more of the opportunities tend towards social justice or activism, both of which are exciting developments. 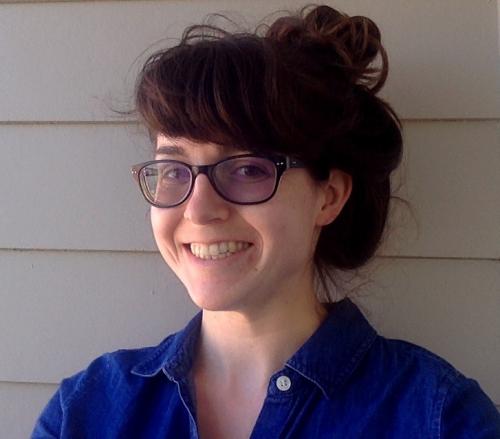 Ashton Merck is a Ph.D. student in the History Department who studies the history of public health, social movements, and regulatory governance. She is currently developing a dissertation project on the history of food safety regulation.