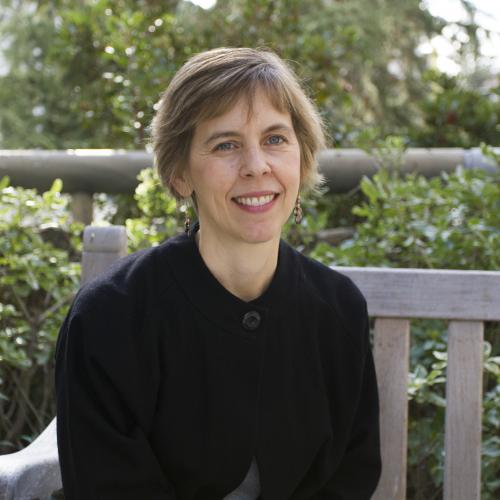 Camille Crittenden, Ph.D., received her degree in musicology in 1997. She is currently the deputy director of the Center for Information Technology Research in the Interest of Society (CITRIS) at the University of California.

What career areas did you focus on during your graduate degree and early career stages, and how did you pursue your current career?

After doing my dissertation research in Vienna, I lived in Los Angeles from 1995 to 1998 and worked at The Arnold Schoenberg Institute cataloging Schoenberg’s correspondence. After I defended my dissertation in 1997 (which eventually became my book published by Cambridge University Press), I was a visiting assistant professor at Duke from 1998 to 2000. I was actively seeking an academic position but the job market wasn’t vibrant, so I began asking myself: What else can I do? From my time in Los Angeles and Vienna I knew I liked living in big cities, but the available academic jobs weren’t in those locations. So I decided to reevaluate my priorities and began to investigate development and fundraising.

Once I made that decision, I approached the Annual Fund at Duke to be a volunteer in the call room—I made the calls myself for a semester, and then I supervised for a semester. I also worked in the Duke Libraries Development Office, where I did grant writing and prospect research. I found the work, especially the quantitative metrics, to be satisfying. While I continued to look for jobs in the academic field, I became more selective in my search and eventually started looking for development jobs.

In 2000, I began working as the director of development for institutional gifts at the San Francisco Opera. That job was a great bridge between the domain expertise I had in music and the skill set I needed in development. I then worked in development and public relations at the University of California Press, and eventually as where I advocated in behalf of the press as a whole. Next I became the assistant dean for development in UC-Berkeley’s division of International and Area Studies. From 2006–2012, I was the executive director of the Human Rights Center at Berkeley Law, which led to my first job at CITRIS as the director of the Data and Democracy Initiative. A year later, I began my current job as deputy director of CITRIS. After coming out of the drought of academic jobs, it was really refreshing to have all of these options.

Tell us more about your current job.

CITRIS is one of four multi-campus research units within the University of California devoted to science and innovation. It brings information technology research together with social problems in these areas: sustainable infrastructures, health, robotics, and civic engagement. We also have a start-up incubator, The Foundry, which helps faculty and students start companies related to these areas.

As the deputy director of CITRIS, I report to the faculty director. My job is not only administrative, in that I manage the staff that runs the Center, but also involves the program: I develop our new research thrusts by looking at how our research can be brought to bear on social problems in creative ways. I then articulate that program to get faculty members, administration, and donors engaged.

What advice would you offer to current graduate students at Duke? How can people be proactive?

Fundraising, such as grant writing, is a demonstrable, transferable skill. It is always going to be part of your job responsibilities, even if you go down the tenure-track path and become a full professor, department chair, or dean.

Teaching is also a transferable skill in a number of different ways. First, creating a semester-long curriculum is an aspect of planning. Second, lecturing and small group discussions are aspects of presentations. Third, one-on-one student interaction is an aspect of advising. As you’re teaching, collect examples of your work in those three areas to demonstrate your skills.

Don’t discount any writing that you do. The biggest skill you can offer to any employer is to be able to write a coherent paragraph—that’s rarer than you might think.

How do you suggest that graduate students at Duke build their skill sets?

As painful as it is, working in a call center is a really good training ground. It is a low risk way to test your aptitude for fundraising, and it gives you a nuts-and-bolts understanding of what’s involved in asking for money.

Finally, work on your public speaking abilities. It is always a good skill to speak to a broad audience in a knowledgeable but non-expert way while still conveying your passion for the work that you do.

For my master’s degree in historical performance practice, I studied with Bob Parkins and Peter Williams doing 17th century keyboard music. I played in the Chapel and on various harpsichords at Duke. That was really fun and a nice part of my time at Duke. 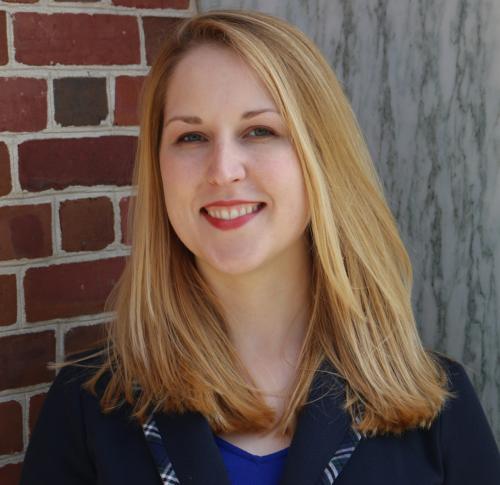