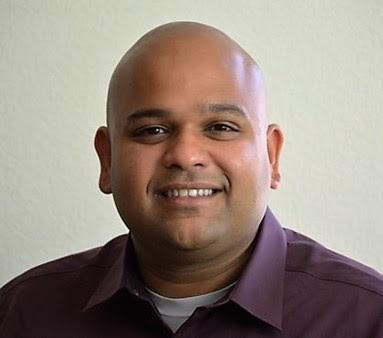 Arjun Rallapalli is currently working as an Engagement Manager at McKinsey & Company. During his time at Duke, he was an active member of DISI (Duke Interdisciplinary Social Innovators) from its inception in 2013, with extensive experience as Project Manager, Co-President, and Project Innovator. He graduated from Duke University in 2016 with a Ph.D. in Electrical Engineering and joined McKinsey as an Associate. In a recent interview with DISI, Arjun shared his DISI experience as well as advice for graduate students interested in consulting.

Would you briefly walk through your engagement with DISI?

When Danny Heller and Jennifer Shen first founded DISI, I was there to help set things up. In the first project session of Spring 2014, I joined DISI as Project Manager. I moved on to become a Co-President. After that I returned to DISI as Project Innovator for another semester and stayed involved as internal advisor afterwards.

You have had an interesting cycle of engagement. What made you decide to become the Co-President and later return as the Project Innovator?

I have always been excited about the project experience, where I was able to apply what I learned in my Ph.D. program, especially the problem-solving skills, to be of use and help to something that had direct and meaningful impact. Because of my passion and involvement with organization, I became the next Co-President when Danny and Jennifer were stepping down. Though managing and improving the organization of DISI were fun and challenging, I missed doing the actual problem-solving as a member of the team. I enjoy using my analytical skills just as much as managing a project and an organization. I experience a similar sentiment as I transition to Engagement Manager at McKinsey. I miss being an Associate, owning the models, and doing the analytical work. In transitioning to the Project Innovator role directly from being the Co-President of DISI, I let the Project Manager handle everything from scheduling to client management and was able to focus on my own work stream.

Do you still recall the projects you worked on?

In the first semester when I was a Project Manager, I managed a project in partnership with an organization called Kids4Peace. We worked with the chapter based in Durham that brings kids from Palestine and Israel together to promote mutual understanding and peace in the region. Our partner regularly brings twelve kids from each area to the US, where they spend a few weeks in a summer camp, and learn about ideas of peace and harmony, as well as how to understand and engage with each other, in the hope that they could go back and work with their friends and family to promote peace. The DISI project was to help the organization define what success meant and how to evaluate the impact they were having.

What was your most memorable experience or moment with the project?

As I think back, two things stick out. First is the impact we had on the organization. Though the mission of our partner is laudable and great, it is not quantifiable. Promoting peace in Jerusalem is a lofty goal, and it would be difficult to achieve success if we measure against that. One key breakthrough was to help them understand that the mission could also be broken down into more quantifiable goals, which makes their work process more trackable and expands their funding potential.
The second thing was the recognition of our work. At the end of the project, our entire project team went to present to the Kids4Peace board. We had built tools to evaluate the quantifiable goals that they came up with. Satisfied with our work, our partner assigned one teacher to pilot test one of these analytical tools. It was great seeing the impact of our work immediately and the reception we got from the organization.
Thinking from our partner's perspective, they were initially happy to get some extra help and volunteers from DISI, which had yet to establish a reputation at that point. They might not have expected much to begin with, but they realized the value that they could get out from the partnership after the project. It was thrilling to be part of that attitude change.

I noticed that you transitioned into consulting directly after graduation. Would you say the DISI experience helped with your preparation and your career in industry?

First of all, DISI has helped me learn about the consulting career. I knew people in the industry, but not what management consulting was all about. Having worked in an industrial company before my Ph.D., I always thought about returning to do research afterwards. At DISI, I interacted with people from different disciplines and learned about the career in management consulting. It opened the world of consulting to me and changed my track.

Working on projects at DISI as both Project Manager and Innovator, I acquired many skills in areas including client management, trust building, project development, etc., all of which I continue to use at McKinsey today. Though I have learned a lot more during my time at McKinsey, the foundation for my current work was laid at DISI.

In terms of preparation, the DISI experiences have been tremendously helpful. Lots of my personal experience stories were directly out of my experience at DISI. During my engagement, I had various experiences about influencing other people, dealing with challenging situations, being innovative and entrepreneurial, all of which I was able to tell my interviewers. Since the DISI model was similar to the consulting work, the stories are highly relatable and advantageous, which is the biggest testament to their usefulness.

What would be your key advice for current members, especially those who are interested in consulting?

Engage in the process of doing projects with DISI and helping DISI become a better organization. There will be lots of challenges, but they are great opportunities to build problem-solving skills that can be applied to future client situations. Also take advantage of the opportunities to work on small teams with people with different experiences and skills. At McKinsey, people on my team are very diverse. Some are former athletes; some have worked at the White House; some did Teach for America; and some have Ph.D. degrees. Learning how to best leverage the wide mix of experiences is important, and DISI would be a great avenue to get that experience and develop the necessary skills. 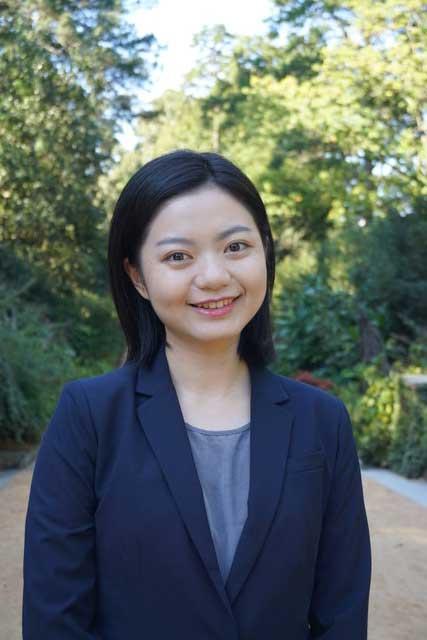 Yilin Jiang is a 6th-year Ph.D. candidate in economics. She studies how provider competition, regulation, and information provision affect consumer choice and welfare in healthcare markets. Yilin first joined DISI as Project Manager in Spring 2017 and has been Executive Director of Marketing and Student Outreach since Spring 2018. She grew up in Shenzhen, China, and got her bachelor’s degree from Hong Kong University of Science and Technology.