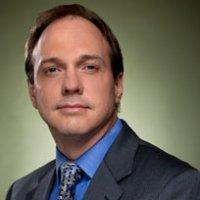 Dr. Andrew H. Roper is Executive Vice President of Compass Lexecon LLC. He provides expert economic testimony in litigation matters and assists corporations in conducting internal investigations involving international regulatory bodies including the Securities and Exchange Commission, the Department of Justice, and the Department of Labor. He completed an MA in Economics at UC Davis in 1997, and then received his PhD in Finance from Duke in 2002. Before beginning his career as a litigation consultant, he served as a tenure-track professor at the University of Wisconsin, Madison from 2002 to 2006.  He has also taught at the Stanford School of Law.

How did you come to study finance at Duke?

I started out being intellectually curious: I always felt like I hadn’t yet learned enough. This curiosity led me down a circuitous path that eventually brought me to Duke. As an undergraduate, I studied economics at Washington and Lee University in Virginia and then continued to pursue that discipline into graduate school at the University of California, Davis. But once I started working on my dissertation I became more and more interested in development economics, and this changed my trajectory. I was fascinated by the idea that different national economies are not just linked by the trade of goods (imports and exports) but also by what we call capital markets, the institutions that dictate how things are paid for and financed. I started studying how financial markets are linked internationally, and that led me to take some classes at Berkeley and then to pursue a Ph.D. in the Business Administration program housed at Fuqua School of Business, where I studied international financial markets with Campbell Harvey, Alon Brav and John Graham. I had an intellectual itch, and it was constantly scratching that itch that led me to Duke.

What has your career looked like since you graduated?

At first, I started pursuing a traditional academic career: after being awarded an assistant professorship at the University of Wisconsin, Madison, I was excited to move up north and become a professor. But I soon realized was that I was interested in a lot of different things, and that got me started thinking about other possibilities. I loved teaching, and I was very involved in my research, but I also loved it when companies came to me for consulting advice on real-world problems. I found myself gravitating from working on the next research paper to working more and more on those consulting questions that seemed to have immediate practical significance.

That consulting work led me to transition into a field called litigation consulting where I now lend my research expertise to law firms and corporate clients who are attempting to answer complicated economic and financial questions. I left my position at the University of Wisconsin in 2006, Between 2006 and 2013, I worked as a litigation consultant for Cornerstone Research where I was a partner in their finance practice area. In 2013, I joined Compass Lexecon where I serve as executive vice president. In that capacity, I’m responsible for lending my experience to our other consultants while also serving the needs of my own clients. This can include providing expert testimony where I have to explain and defend my financial analyses in front of a judge and jury. In addition to these responsibilities, I also continue to do research. This has been an exciting opportunity to use the skills I gained as a graduate student on complex real-world problems.

What would you say are some of the similarities and differences between working in the academy and working in industry?

When I was getting into academia, I had a misconception. I thought that as an academic you get to pursue your own interests, but in business you would just have the problems handed to you. What I came to realize was that in academia it’s not really true that you get to study whatever you want: you’re in a discipline and you have to speak to that discipline. In graduate school I struggled with the fact that my interests didn’t always line up with the questions and priorities of my field. Moreover, while it’s true that in the business world you get your problems handed to you, those problems can be multidimensional and intellectually stimulating.

For example, a number of years ago I worked on a case where a beer company had bought the rights to brew a Japanese beer in the United States. The company used the traditional Japanese label, and the question arose, “Were consumers misled into thinking they were buying imported beer when the beer was actually made in the United States; and if so, were they willing to pay more money because they were misled?” This question gets right to the heart of consumer choice theory. I explained to the court that consumers buy beer for thousands of different reasons: maybe they wanted to impress their friends with an imported beer; maybe they simply liked the taste of that beer relative to other beers. I worked to help the court understand that when consumers are making a choice, they do not necessarily focus on a single attribute such as whether the beer is imported or not, such that one cannot simply assume consumers would not have purchased the beer at a given price if they had known that the beer was actually brewed in the U.S. following strict brewing guidelines set by the foreign producer.

You mentioned that you enjoyed teaching. Could you reflect on how your experience as a teacher helped you prepare for your career as a litigation consultant?

The skills I gained as a teacher are absolutely crucial to my success in industry. Simply put, when you are a teacher you have to communicate complex subjects to people who don’t know anything about them. As a PhD researcher, sometimes it’s possible to hide behind the buzzwords of a particular subfield. Being a consultant is like being a teacher in that the people you are working with do not know your jargon, so you have to find another way to connect with them. My clients are mostly lawyers who do not have advanced degrees in finance. I can’t regurgitate theories and lemmas, and numbers: I need to assemble an explanation that speaks to my clients’ own intuitions and experiences. Communication is key in the business world, and teaching allows you to hone those communication skills.

One thing that I’ve started to appreciate more recently is that the best way to learn something deeply is to teach it. Your students are skeptical. When you’re confronted with a nineteen-year-old kid or, better still, a twenty-two year-old MBA student with some business experience, they are going to challenge you: they want to know the practical applications of the abstract theory you are teaching. This gives you a double task: you need to translate the argument you’re teaching into everyday language and you need to communicate why you think it’s powerful and useful. That challenge really forces you to know your topic backwards and forwards.

How is testifying in court similar to or different from some of the knowledge-sharing activities you’ve done in an academic setting?

In some ways, providing expert testimony is very similar to defending a dissertation. When you’re presenting your research to your professors, they can probe the weaknesses because they already know where to find the skeletons in the closet. In the courtroom, you’re in a similar situation. The other side will find someone just as knowledgeable as I am, and that person will whisper in their ear the exact questions that are most likely to undermine my results. But, as an added challenge, presenting testimony also resembles teaching in that you are making your case to an audience of non-specialists. Not only must your analysis hold up to vigorous questioning, you also have to answer those questions using language your grandmother could understand.

But there is one big difference between the courtroom and the academy. When you present your research to a journal, peer review will give you feedback on your methods and analysis. But when you submit your opinion to the court, you also have to provide all of your data and all of your code. The opposition can run an audit of your analysis, and that audit can be very powerful. If you’ve made a mistake, then the other side will be able to use that mistake to discredit your testimony. This forces you to be extremely careful. Your professional reputation can rise or fall based on the integrity of your analysis. And that, to me, is fun. Like in basketball, it puts my skin in the game.

Is there any advice you would give to current or prospective graduate students?

One thing I would say is that I think a lot of people come to graduate school because they are intellectually curious, not necessarily because they want to become professors. A professorship is a unique position that has its own benefits and challenges, but it is far from the only kind of position where you get to explore and grow intellectually. Students might feel like once they start their doctoral degree they have to go into academia, but I would encourage them to ask their advisors about other opportunities. If you’re honest about your likes and dislikes, your advisors will be able to help you. They’re invested in you having a successful career, not just a successful academic career.

What are some of your favorite Duke memories?

One story that I always tell is about basketball. It permeates the culture of Duke, and I ended up playing in an intramural league. One year, my team made it to the semifinals and we got a chance to play in Cameron Indoor Stadium. I was a second-stringer, but I did have two minutes of playtime in that game, and I made it count. I got possession of the ball, danced around a screen at the top of the circle, and drained a three. That one time, I had perfect form: hands suspended in the air, net swishing, and out of the corner of my eye I saw Coach K walking the baseline. To this day I joke that I’m upset he didn’t take me on the spot: I still had a year or so of eligibility left! 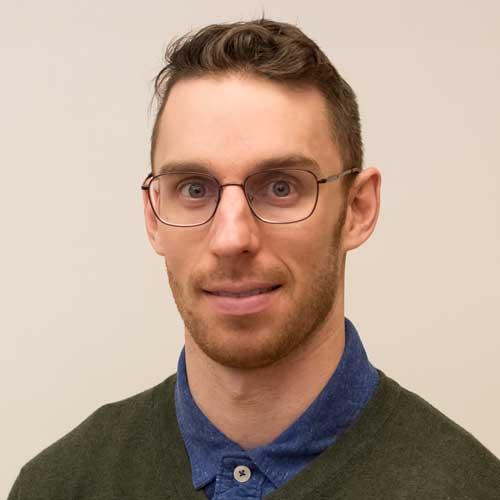 Stefan Waldschmidt graduated with his Ph.D. in English in 2017; his research focuses on the aesthetics of cost-benefit analysis and narratives of bureaucracy in nineteenth-century British Literature. His academic work has been published in Victorian Studies and Nineteenth-Century Contexts.