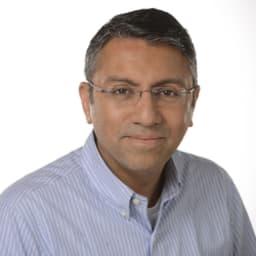 Amit Bagga graduated from Duke in 1998 with a Ph.D. in computer science, specializing in computational linguistics. Prior to his graduate work, he received a B.S. from Manhattanville College in 1993 with a double major in math and computer science. He is currently Vice President, AI & Discovery at Comcast.

What have been the highlights of your career trajectory since graduating from Duke?

I finished my Ph.D. from Duke in 1998 and worked in a couple of industrial research labs for a period of six years. For about two and a half years during that time I was at GE corporate labs in Albany, NY and then spent the remaining period at Bell Labs, which spun-off Avaya Labs. At that point I realized that while I was doing important work, it all ended up sitting on a shelf somewhere and thus, it wasn’t able to make an impact. I was also interested in management, so I looked for an opportunity that would allow me to make an impact and manage others at the same time.

To pursue this goal, I switched to a company called Ask Jeeves (later Ask.com) where I moved away from research into the engineering side. I was there for just under five years working in various groups. I was promoted a couple of times and was able to gain initial management experience. I was asked to lead a group in natural language processing, and then got promoted again to lead a larger team. At that point, Ask was struggling under pressure from powerhouse companies like Google, Microsoft, and Yahoo.

In 2007, I took advantage of an opportunity to work at Comcast, where I could combine my research background and also some of the engineering and management experience I had accrued. The company had acquired a startup in Washington, D.C. and had a bunch of Ph.D.s on staff. They wanted to find a person who could communicate effectively with the Ph.D.s but also make their work more relevant to the business side of things. We had a couple of big hits from the product perspective, and my role has grown to the point where I currently head up the divisions of AI/ML (artificial intelligence and machine learning]) for Comcast.

What were your career plans when you started graduate school?

I actually was interested in academic research and teaching; that was my primary goal. I had a couple of offers when I graduated, but both of the schools that I had offers from had a heavy teaching load. They wanted me to teach five courses a year, and that requirement would have prevented me from doing any meaningful research. I decided to go into industry, hoping to do a couple of years in industry and then come back to academia. After about two years working in industry, I applied again to academic positions and received a really good offer from the University of Minnesota in Minneapolis. In fact, I actually accepted the offer, but my wife was doing a Ph.D. at that time in Albany, NY in Clinical Psychology. While one of the initial terms of my offer had been that my wife would gain admission into the psychology program at Minnesota, this possibility fell through due to some departmental upheaval and changes in leadership. I had to make a decision at that point as to whether my wife and/or I were willing to commute between Albany and Minnesota, which seemed highly impractical because Albany was not an easily accessible travel hub in 2000.

At the same time that I received the offer from Minnesota, I had also gotten a job offer from Bell Labs in New Jersey. To avoid disrupting my wife’s career, I ultimately accepted the job at Bell Labs, which was a pretty prestigious place at that time. It was about a 2.5 hour commute from Albany, which I could do every few days while my wife was finishing up her Ph.D.

What were the most valuable parts of your Duke experience?

First, I loved the fact that I got full flexibility to explore what topic to do my Ph.D. in. Duke gave me a fellowship for my first year, in which I could take my time to get to know the program and make decisions about my proposed specialty and advisor. I don’t think a lot of schools offer that flexibility. In fact, a lot of schools expect their STEM students to be funded by—and committed to—a particular professor and lab from the start of their studies. Being able to think through this decision was immensely helpful because I did not know what topic I wanted to focus on for my Ph.D., especially coming from a small liberal arts school without significant research facilities.

Secondly, my department was very small, which was great. It was very collegial in nature, even though we had a diverse group of students from different backgrounds with different opinions. We collaborated and discussed a whole range of issues, from the academic to the non-academic. Being able to listen to a range of different viewpoints and deal productively with differences in opinion has been a hugely important skill for my career, and I credit my time at Duke with helping me to do this.

Finally, I loved my advisor, Dr. Alan Biermann. I couldn’t have hoped for a better mentor who was totally supportive and wanted the best for me and my career. When I look back on our relationship, I realize that he modeled many aspects of what it means to be a good manager: effective communication, trust, empowerment, and giving someone the freedom to explore but also not letting them go off the rails.

What has surprised you the most about your transition to industry?

As a manager, you also come to learn to expect the unexpected. Even then, the unexpected happens more than you expect! There are all kinds of possible issues that might arise, and you have to be prepared to respond quickly and effectively to all of them.

What is the best career advice you have received?

When I joined one of my companies, I had been assured that I would receive a management opportunity within three to six months. This became a perpetually delayed promise, and a colleague suggested that in order to gain leverage and strengthen my negotiating position, I might consider seeking out an external job offer from a different company. This, of course, does not always work, but if you are unable to successfully advocate for opportunities you want within your current position, don’t be afraid to show your supervisors that your skills will be valued elsewhere. In my case, receiving that job offer and bringing it to my company jolted them into action, and I received the management position I sought.

A good manager and mentor I had also taught me the importance of openness and transparency – it always works.

Could you share any particular tips or tricks you might have for how to “manage up” in your career?

The most important thing I think you can do is to be open and transparent with your manager, especially if you have bad news. A lot of people don’t want to be the bearer of bad news, but the more you delay in sharing such information, the bigger the negative impact can be.

You also have to be upfront about your career goals and aspirations, because if a manager does not know what your aspirations are, he or she cannot help you meet them or achieve them. Having strong lines of communication and establishing a personal rapport is really important. This will also help you and your manager form a clear plan for what it will take to advance to the next level in your workplace or your career.

What are you most excited about for the next year in your current job?

We’re about to launch a couple of new products that will probably be game changers in our industry. I can’t say too much about them, but I’m working on getting them across the finish line. 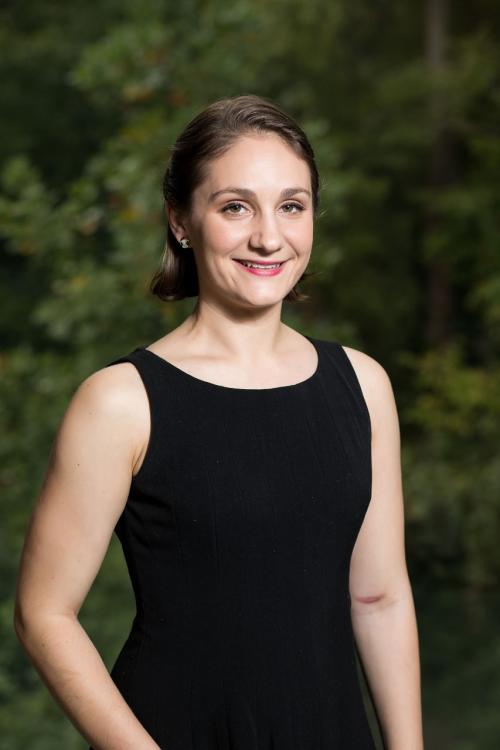 Patricia Johnson is a fourth year doctoral candidate in the chemistry department at Duke. She studies mechanically active polymers and is interested in smart and sustainable materials. This year, she is living and working in Switzerland as part of a collaboration with the Adolphe Merkle Institute. Outside of chemistry, she is interested in management techniques, dance, and knitting.