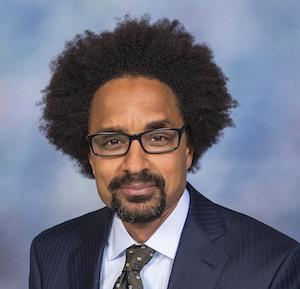 Alexander X. Byrd received his Ph.D. in History from Duke University in 2001. He is currently Associate Dean of Humanities for Undergraduate Programs & Special Projects and Associate Professor of History at Rice University. His book Captives & Voyagers, based on his dissertation, received the 2009 Wesley-Logan Prize in African Diaspora History. Dr. Byrd teaches courses in African American history, where he is a four-time recipient of the George R. Brown Award for Superior Teaching, and is currently co-editing the Oxford Handbook of African American History with fellow Duke Ph.D. Celia Naylor. Dr. Byrd recently took part in The Graduate School’s symposium celebrating the writing and influence of Julius S. Scott.

Can you tell me a little about your time as a graduate student at Duke? What stood out to you about that experience?

A few things stand out. One was how black our class was and how black the History department was for a few years. Also important was the number of people who chose to concentrate in what became the field of Atlantic world studies, slavery and society. There was what was going on at the Center for Documentary Studies. So I arrived at Duke and was able to find a community in eighteenth-century Black Studies but also in a very large project, Behind the Veil, at CDS. Finally, I was fortunate enough to get in on the ground floor with what would become the John Hope Franklin Research Center at the library. I ended up working most of my Duke career in what would later become the Rubenstein Library, and being mentored by a succession of really fine librarians. In terms of preparation and communities, it was fabulous.

You are a multi-award-winning teacher at Rice. How do you approach teaching in your career and how did you learn how to be good at it?

As an undergraduate, I came to Rice wanting to be a schoolteacher, and I trained to be a schoolteacher. So inasmuch as I am good at it, a lot of it has to do with the fact that it was a focus of my education. When I was at Rice, they had a really good system for training teachers: you did a mentorship with several teachers in the Houston area. I had a teacher at St. John’s School, which is a tony private school in Houston, as a mentor, who was fabulous. And then I had a teacher at Welch Middle School, which is not a tony private school in Houston, and she was fabulous. I thought I was going to be a teacher, and so I trained to be a teacher, and I got really good and harsh criticism about teaching. When I was undergoing teacher training, we didn’t teach in other people’s classrooms; instead, we taught in our own classrooms for two summers. And so that foundation probably explains some of it.

Institutional support is really important for creating community, especially for students of color. As you have taken on more administrative work in your career, how would you describe the ways you work with students of color and underrepresented students?

I’ve thought about it a lot in my work in the residential colleges at Rice. At predominantly white colleges and universities there are aspects of residential life are still very much informed by their long history as segregated places, and informed by their later history as places with very few non-white students. These dynamics—ways of thinking, traditions, real and metaphorical monuments—can be problematic for the ways that students of color and and other underrepresented populations experience life on campus, and whether and how they feel at home. While I served as a college magister at Rice, my Duke experience, in particular the kind of Black Studies intellectual community I was a part of in Durham, deeply informed my work as a college magister. [College magisters are tenured faculty members who live in houses adjacent to the residential colleges that house all of Rice’s undergraduate students.]

The breadth and depth of Black Studies at Duke and the range of intellectual community related to that work made Duke a vibrant and encouraging place for me.  As much as I could, I tried to bring Black Studies research into the college, and Black Studies teaching into the college as a way of making good room for black students. So I ended up teaching courses in the college with a cohort of undergraduates and graduate students that stretched over two years and that met in the magister’s house: Black Men Writing Their World: Du Bois, Baldwin, and Their Heirs; Black in School: Readings in Race and Education; Kind(s) of Black: Blackness and Black Society in the Twentieth Century; and Black Women Writing Their World: Cooper, Morrison, and Their Heirs.  We also kicked off a speakers series in the college on “Problems in African American History” that brought prominent scholars of Afro America to present their work and to break bread with students. This work has been the highlight of my career.

I want to also add that making these kinds of spaces required time and money and good faith, and I wouldn’t want anyone to deemphasize the importance and necessity of money. I was happy that the university invested in this work, and the importance of good investment is definitely another thing I gathered from my time at Duke.  The kind of fellowship support I received at Duke, the existence of an office of Graduate Student Affairs whose staff were absolutely essential to gathering and building a black scholarly community at the university, Duke Libraries’ commitment to growing its work in African American Studies, all of this took money. Measuring institutional support is not very complicated.

There are so many aspects of being a professor – the research, the teaching, now being an administrator, and everything else. Now that you’ve been a professor for a while, what aspects make you keep coming to work? What do you still enjoy most?

I really enjoy students. They’re more and more foreign to me as I age out of the system, but I still enjoy them. And so I think that’s the main thing – I like to talk about black history, and I get to do that with a goodly number of people who want to do it, and a goodly number of people who don’t mind doing it, and that’s a pretty good combination.

I also come to work because there are things that I hope to do. I want to write more. There are things I want to see Rice change and grow, particularly in its relationship to Houston. And so if I keep going to work, I might start doing those things.

Are there any memories of that community that particularly stand out as memories of your favorite time at Duke?

We talked a lot about the past yesterday, and I wonder if this is the case with my colleagues, and I think it is – I don’t feel like I’ve left. Some of these people I haven’t seen in I don’t know how long, but that community hasn’t disappeared. It is ongoing. I talk to Celia Naylor [Ph.D. ‘01] every three weeks, because we’re working on the Oxford Handbook of African American History. I don’t know that a month and a half goes that I don’t trade something with Claudio [Saunt, Ph.D. ‘96]. Probably my first four or five years out of graduate school I talked to Stephanie Smallwood [Ph.D. ‘99] once a week, once every two weeks. I don’t feel like it’s stopped. 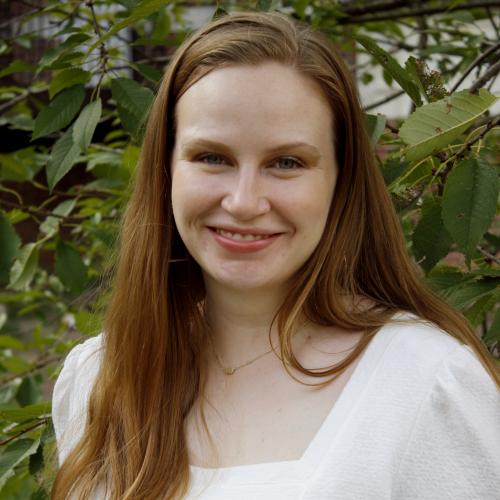 Allison Raven is a Ph.D. candidate in the department of History. She researches intersections of race and education, and her dissertation focuses on the end of school desegregation programs in Austin, Texas. Prior to coming to Duke, Allison taught middle school in Houston after graduating from Rice University.