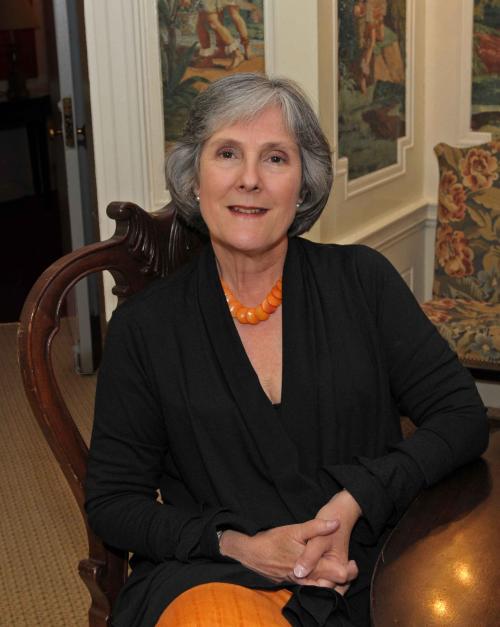 Adriana Méndez Rodenas is a scholar of Latin American literature. Born in Havana, she received her master’s degree in Romance Studies from Duke and her Ph.D. in Romance Studies from Cornell. Dr. Méndez Rodenas has authored groundbreaking work on Cuban anti-slavery narrative and nineteenth-century travel writing. Her books include Severo Sarduy: el neobarroco de la transgresión (1983); Gender and Nationalism in Colonial Cuba: The Travels of Santa Cruz y Montalvo, Condesa de Merlin (1998); and Transatlantic Travels to Nineteenth-Century Latin America: European Women Pilgrims (2014). Currently, she is Professor of Spanish and Director of the Afro-Romance Institute at the University of Missouri.

What has your career path looked since you graduated?

I had a bit of an unusual trajectory. Duke marked my transition into Latin American letters. Afterwards, I went to Cornell to study twentieth-century Latin American literature with Professor Roberto González Echevarría. It was a time of great intellectual fervor. I was part of a very active group of Caribbean students, mainly from Puerto Rico and Cuba, who studied late into the night and argued about politics and literature. That intense camaraderie made me want to experience first-hand what living in Latin America was like.  During the final year of my program, I received a joint Mexico-U.S. fellowship to study in Mexico City, where I was affiliated with the prestigious El Colegio de México. From there, I landed my first job as a part-time assistant professor at the Universidad Iberoamericana.

After an earthquake demolished part of the campus, I moved to the beautiful city of Puebla to work at the Benemérita Universidad Autónoma de Puebla, the provincial state university. I was hired as a researcher, a coveted position not only because I was studying semiotics and literary criticism, but also because my office was tucked inside an elegant blue-tiled and brick Porfiriato building. My time in Mexico was precious, as it opened up the Spanish language and also allowed me to travel frequently to Cuba. I published my first book there, Severo Sarduy: el neobarroco de la transgresión [Severo Sarduy: Transgression and the Neobaroque] (1983), which won the 1979 National Literary Essay Prize sponsored by the Mexican Fine Arts Institute. In 1985, I came back to the United States to take up a position at the University of Iowa, where I worked for many years before joining the University of Missouri faculty.

How was your intellectual trajectory?

At Cornell, I was trained in poststructuralist theory and twentieth-century Latin American literature. I was fascinated by the “novels of language” that defined the 1960s Latin American Boom, works like Guillermo Cabrera Infante’s Tres tristes tigres (Three Trapped Tigers; 1967) or Julio Cortazar’s Rayuela (Hopscotch; 1963), and the experimental fiction of Severo Sarduy that launched the Post-Boom period. At the University of Iowa, I taught various seminars on these topics. After the 1980 Mariel exodus, my views about the Cuban Revolution shifted to the point that studying the twentieth century became politically and personally difficult.

It was in this moment that I discovered the writings of nineteenth-century women travelers. The life of Mercedes Santa Cruz de Montalvo, the Countess of Merlin (1789-1852), a Cuban expatriate in France, resonated with my own bicultural, bilingual experience. Our empathic connection led to Gender and Nationalism in Colonial Cuba (1998), a book researched at the Biblioteca Nacional José Martí in Havana. I have fond memories of rediscovering my native city after a long day of poring over torn nineteenth-century periodicals. I continued my work resurrecting the stories of European women with my next book, Transatlantic Travels in Nineteenth Century Latin America… (2014), dedicated to a nearly lost archive of traveling pilgrims. In the years leading up to its publication, I was fortunate to receive summer fellowships that supported my research at many libraries across Europe. During my year as Fulbright Distinguished Professor in American Studies at Uppsala University in Sweden, I spent much of my time studying in the halls of the august Carolina Rediviva Library. The same halls inspired the great Cuban writer José Lezama Lima, to whom I am related but never met. In his masterpiece Paradiso (1966), he modeled his fictional university Upsalón after Uppsala. So, by simply being there, I felt as if I was establishing an invisible bond with a long-lost relative.

How have you experienced the changes in the Humanities and the field of Latin American Studies since your time as a student?

There has clearly been a positive shift towards interdisciplinarity. When I was a graduate student, there was a clearer divide between social sciences and literature. I believe that cross-disciplinary dialogues are vital. We cannot study Spanish American literature without a thorough knowledge of the region’s history, politics, and ethnic composition. José Martí’s “Nuestra América” [Our America] still reminds us of the need to address major social concerns in our scholarship.  However, that often gets translated into a tendency to turn literature into a branch of ideology. I think this has had a detrimental effect on literary studies. True interdisciplinary scholarship requires intellectual rigor and a lot of work. It is necessary to know at least one discipline in depth and have a solid background in another. I think it is important to historicize literature without projecting contemporary sensibilities into works written in a radically different context and under restrictive conditions (for example, the censorship of Spanish colonial authorities). Ideally, we should strive to find a balance between aesthetics and historical, sociological, and cultural approaches.

What advice would you give graduate students who are starting their professional careers?

Apply to as many fellowships as possible in order to get support for your research! Also, I cannot stress the importance of rigorously documenting sources enough. I have found it extremely rewarding to do archival research in major libraries and work with primary sources such as letters, historical newspapers, and first editions. Today, unfortunately, these scholarly tasks seem almost a luxury, particularly in the midst of a job market that is not as strong for scholars in the humanities. However, if you have a true calling, you should not shy away from pursuing your passion. There are truly exciting alternatives opening up for careers outside of academia. I think completing a Ph.D. is still a necessary path.

What projects are you working on right now?

Currently, I am revising a translation of my book on the Countess of Merlin in Spanish. I also have begun working in the field of ecocriticism, which explores how the natural world is represented in literature. My new book project on Caribbean ecologies centers on archipelagos and caves and how these geographical sites resonate in the islands’ history. By far the most meaningful part appeared in Mythologies of Return: Revisiting Ana Mendieta’s Rupestrian Sculptures (2017), an artist’s book made in conjunction with Aurora de Armendi. My introductory essay re-interprets the famous series of sculptures which the Cuban American artist carved inside the caves of las Escaleras de Jaruco, a natural park outside Havana. Mendieta’s Rupestrian Sculptures recreate the female dieties of the Taíno pantheon, evoking the belief system of our native indigenous population. Since the Taínos venerated their ancestors inside the caves and, later, fugitive slaves took refuge there, I regard these caves as a lieu du mémoire, a place of collective memory. Mendieta’s identification with the Taínos, who disappeared due to the Spanish conquest, articulates our own cultural split as Cuban Americans. It is from a similar place that I have written my work.

What are some of your fondest memories of Duke?

I have many wonderful memories, especially of Medieval Spanish Literature classes with Professor Miguel Garci-Gómez. He is a profoundly warm person with a fantastic sense of humor. He genuinely welcomed Latin American students into his family. That meant a lot to me as a young Cuban girl who had nearly forgotten Spanish while she was growing up in Kentucky without any extended family near to speak the language. I also admired Professor Bruce Wardropper’s erudition in his seminar on Spanish Golden Age Theater. A master of British understatement, Professor Wardropper used his wit to hone academic rigor into us! Yet, I was most impacted by historian John TePaske’s class on colonial Latin American history because it motivated me to dedicate my life and career to Latin American Studies.

Not all my memories are academic: I also have beautiful memories of my roommate Isabel Valiela and her husband Tom Deveny, my close friends during those years and also professors of Spanish. And, of course, I can’t forget the beauty of Duke Gardens in the spring! 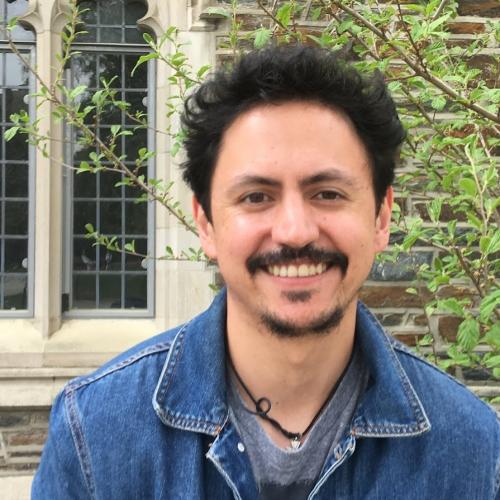 Nicolás Sánchez-Rodríguez recently defended his dissertation in Spanish and Latin American Studies. He is currently the Carol G. Lederer Postdoctoral Fellow at Brown’s Pembroke Center. His research investigates the intersection of literary studies and capitalism's financial and administrative cultures.