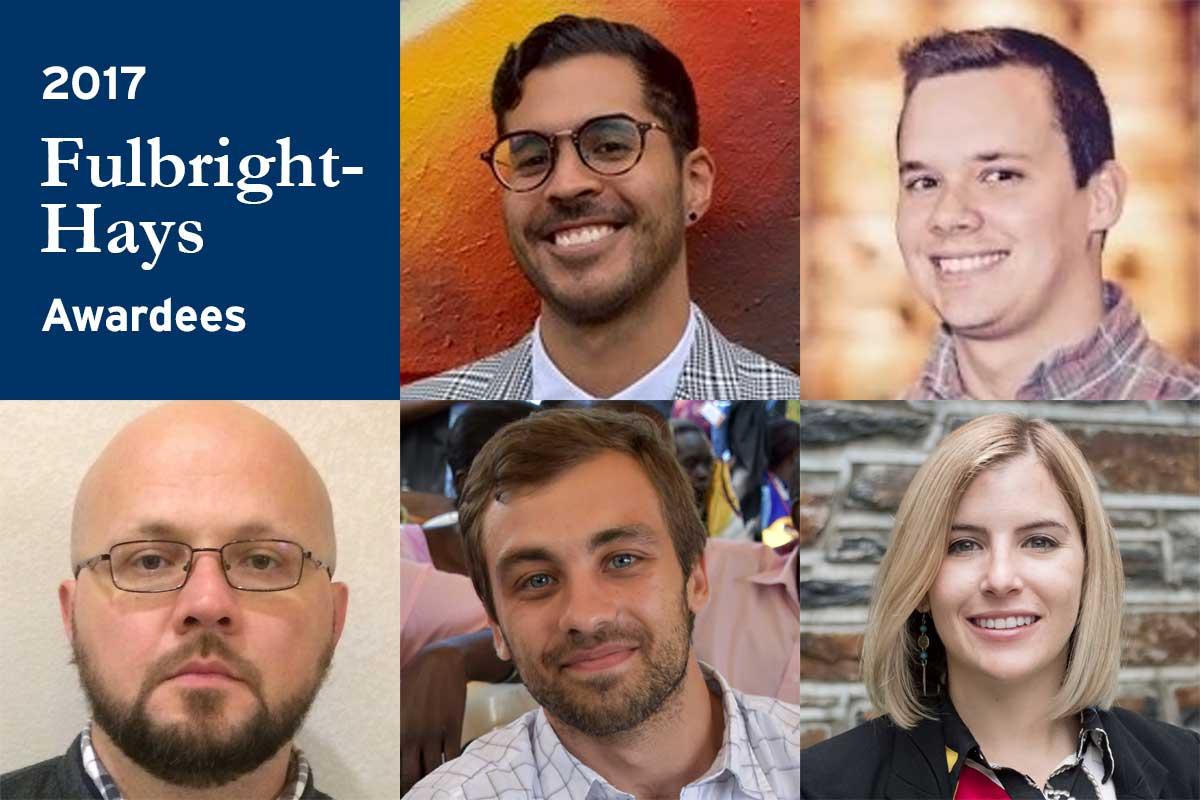 Robert Franco, Gray Kidd, and James Nealy entered the Duke history Ph.D. program together in 2014. Their research steered them to different parts of the world, but in November, their paths converged again.

All three were named recipients of the Fulbright-Hays Doctoral Dissertation Research Abroad grant, a prestigious award from the U.S. Department of Education that supports individual fellowships for graduate and professional students. The fellowships fund students’ research abroad in modern foreign languages and area studies for 6 to 12 months

In all, five Duke students were chosen for the grant in 2017, the most in school history. Matthew Sebastian (cultural anthropology) and Stephanie Stefanski (environmental policy) rounded out the record-setting class. Nationwide, 91 Fulbright-Hays DDRA fellowships were awarded out of 340 applications.

Nancy Robbins, who manages Duke’s applications for the award, said the competition has been more actively promoted at Duke the past two years, contributing to an increase in applicants. She has also created tip sheets for students interested in applying, helping them avoid previous applicants’ mistakes and spot other common issues.

Nine Duke history Ph.D. students have won Fulbright-Hays DDRA fellowships in the past five years. Kidd said many of the department’s graduate students are studying regions outside Europe and the United States, which matches the objectives of the fellowship program.

The department’s 2017 winners also attributed their success in part to the mentoring they received from their advisers and other department faculty.

“The history faculty is committed to mentoring and training graduate students holistically, which includes serious attention to the craft and process of grant writing,” said Kidd, who also credited his own success to Duke’s broader commitment to Latin American and Brazilian studies, such as the Center for Latin American and Caribbean Studies, the Duke Brazil Initiative, and the Global Brazil Humanities lab.

Philip Stern, director of graduate studies for the history Ph.D. program, said his department offers intensive work on grant writing and applications through its preliminary certification preparation course, as well as extracurricular workshops. Franco, one of this year’s Fulbright-Hays recipients, said that training definitely helped.

“Part of our coursework is the required History 704 class, where we spend time reading and critiquing one another’s grant applications,” he said. “It also helps to have a cohort of fellow graduate students that you consider both friends and colleagues. When they read over your work, they really read over it.”

The students also pointed to institutional financial support that helped them lay the groundwork for their projects. For instance, a Dean’s Graduate Fellowship relieved Franco of service obligations in his first two years, allowing him to focus exclusively on his research. In Nealy’s case, it was summer research fellowships from The Graduate School.

“The Graduate School’s generous summer funding allowed me to make preliminary research trips to the Russian Federation,” Nealy said. “This helped me to get acquainted with the libraries and archive system in Russia.”

Ultimately, Stern said, the credit goes to the students.

“I would like to think that we could credit this success to the support we offer in the department, and the work that their advisers do, as well myself, as DGS,” he said, “but I think all these students are extraordinary scholars, and in the end their success is primarily due to their hard work and the remarkable quality of the projects they have developed.”

You should contact Nancy Robbins (nancy.robbins@duke.edu), programming coordinator at the Center for International and Global Studies, to be included in a listserv for potential applicants. You will then be notified as soon as the next competition is announced and the application period opens. You will also receive regular technical tip sheets to help you prepare your applications. Robbins can also help address questions or technical glitches that might come up.

Additional Grant-Writing Support: The Graduate School, in collaboration with the Thompson Writing Program, offers a course on grant and fellowship writing in the humanities and social sciences. The one-credit course, GS 810, is being offered in spring 2018. 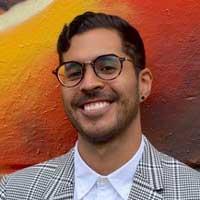 Issues of sex and sexuality have been in an uneasy, if not antagonistic, relationship with the revolutionary politics of the Mexican Communist Party and other left-wing organizations since their foundation. Franco’s dissertation project historicizes this enduring divide by examining scandalous explosions of homophobia, heterosexism, and hostility towards sexual politics among political parties and movements of the Mexican Left throughout the 20th century. The project aims to better understand why sexual politics wax and wane as areas of concern for the Mexican Left and how these parties came to build strategic alliances with sexual rights activists through a policy of tolerance.

During his year with the Fulbright-Hays fellowship, Franco will conduct archival research in Mexico and Amsterdam at the Centro de Estudios del Movimiento Obrero y Socialista, the International Institute of Social History, the Archivo General de la Nación, and other archives around Mexico. He will also be conducting oral history interviews with former militants of Mexico’s leftist parties and LGBT and women's organizations.

Kidd’s field research takes him to Recife, Pernambuco, a port city of 1.6 million inhabitants and Brazil’s ninth largest metropolitan region. The Fulbright-Hays fellowship is supporting his study of how a diverse array of historical actors and their corresponding political and aesthetic projects converged through so-called “popular” culture from the late 1950s to the mid-1980s.

Drawing on literary, visual, and dramatic works, Kidd is currently studying how Recife’s lettered and popular classes have diverged over spaces and methods used to embody “authentic” cultural practices. He is also growing his network of local folklorists, Afro-Brazilian religious leaders, community activists, and politicians.

Kidd’s fieldwork so far has revealed that the cultural and political ferment most often associated with Recife between 1950 and 1990 actually occurred statewide. The interior of the state has been a fundamental, if less commonly recognized, player in statewide debates about culture and politics. Moreover, cultural objects and practices most often associated with the interior have come to define how Pernambucans see themselves in relation to the rest of Brazil. Kidd’s project has therefore evolved into a richer, more ambitious study of Pernambuco as a whole. His larger project examines how “authentic” popular culture has grown out of a polysemic dialogue between coast and interior in the “Lion of the North.” 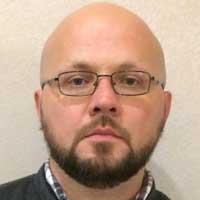 Nealy is a historian of modern Europe focusing on the history of Russia. His dissertation project considers the history of industrial relations in the Soviet Union in the context of the Communist Party’s efforts to reform the Soviet socioeconomic order during the late 20th century.

The Fulbright-Hays fellowship will allow Nealy to spend nine months in archives and libraries in Moscow and Tula beginning in March 2018, conducting a critical part of his dissertation research. There, he will focus on the records of Soviet trade unions, the Communist Party, and key industrial ministries to trace how changes in the Soviet Union were reflected in the world of work. 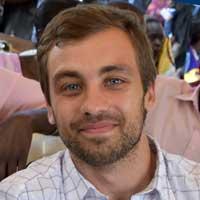 Sebastian’s project investigates how Ugandan youth navigate the limits and possibilities of post-conflict life and the interventions designed to help them do so.

In northern Uganda, where protracted conflict has been present throughout young peoples' lives, governmental and non-governmental actors have made youth the primary aim of their interventions. Sebastian studies the afterlives of both war and humanitarianism in a context where the idiom of emergency no longer applies despite the deep carry-over of programs, institutions, and discourses of intervention, and where the economies that sustained the war have been transformed and domesticated into spaces such as the NGO compound, the walled private home, and privatized pieces of land.

The Fulbright-Hays fellowship will fund 12 of the 16 months of fieldwork that Sebastian will conduct during his dissertation research. His project examines the durability of humanitarian intervention in the everyday lives of young people across three key sites: securitized spaces (e.g. NGO compounds, private homes, and land plots) where young men and women work as armed guards, a local nongovernmental organization that works to reintegrate incarcerated youth, and a local governmental initiative focused on combating youth idleness. 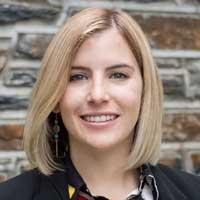 ITQs theoretically generate economic benefits, but the social outcomes are less understood. For example, ITQ programs may not equitably distribute economic rents and could disadvantage small vessel owners. In 2010, Argentina adopted an innovative approach to ITQs by embedding social objectives into program design. Stefanski is studying to what extent the outcomes of that program align with the intended social and economic goals.