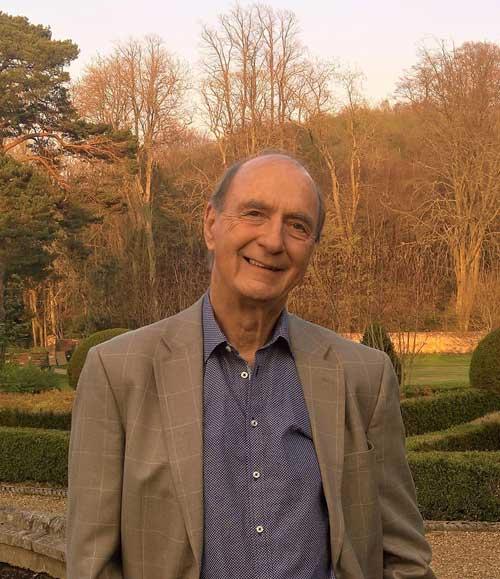 When Kenneth J. Gergen was working toward his Ph.D. in psychology at Duke in the late 1950s and early 60s, the relatively young discipline was in a golden age. A decade into his career, though, the field was wrestling with an identity crisis, thanks in no small part to Gergen.

During the 1970s, psychology researchers debated many aspects of the discipline, everything from its methodology to its theories to its relevance to society. Gergen helped ignite that debate, putting forth ideas that criticized the basic foundations of the discipline and sparked intense arguments within the field.

Over the course of a career that has spanned more than five decades, Gergen emerged as a controversial and influential figure who challenged and enriched the potentials of his discipline. He is widely recognized for his contributions to social constructionist theory, technology and cultural change, and relational theory and practice. He has earned international acclaim, including honorary degrees from universities in Europe and the United States. His books have been translated into multiple languages, and he has received numerous awards, including fellowships from the Guggenheim, Fulbright, Humboldt, and Hongguo foundations.

In recognition of his accomplishments, The Graduate School has named Gergen the recipient of its 2017 Distinguished Alumni Award. Gergen, currently a senior research professor at Swarthmore College and president of the Taos Institute, will receive the award during this year’s Ph.D. Hooding Ceremony on May 13

Gergen was well-acquainted with Duke long before graduate school, having grown up in Durham with his three brothers (the youngest, David Gergen, would become a prominent political analyst). Their father, John Jay Gergen, was chair of the Duke Department of Mathematics from 1937 to 1966.

“I grew up in a neighborhood with primarily professors, staff, and so on at the university campus—so it was a tradition I was very familiar with,” Gergen said in a 2011 interview, explaining his career choice. “I thought probably I might go into law, medicine, or business, but when I went to undergraduate school I realized I was really fascinated about ideas. … So the sort of love of ideas really made it a very conscious and deliberate choice.”

After earning his bachelor’s degree from Yale and serving as an officer in the Navy, Gergen entered the psychology Ph.D. program at Duke, where he studied under Edward E. Jones. Upon receiving his doctorate in 1963, he joined the faculty at Harvard University. In 1967, he became chair of the Department of Psychology at Swarthmore College. Gergen’s early work, which examined topics such as social perception, self-presentation, and responses to altruism, received support from sources such as the National Science Foundation, the Ford Foundation, and the Guggenheim Foundation.

His career was off to a successful start, but he was also growing disenchanted with his discipline.

In 1973, Gergen published arguably his most influential work, an article titled “Social Psychology as History.” The article, which appeared in one of the top journals in the field, argued that social psychology research should be more appropriately viewed as historical inquiry because, “unlike the natural sciences, it deals with facts that are largely non-repeatable and which fluctuate markedly over time.”

Gergen also contended that because of implicit values embedded in psychological theories and description, by studying social behaviors and disseminating the findings, researchers potentially alter the very behaviors they study, thus rendering their predictions non-applicable outside the times and cultures in which they were observed.

“We are essentially engaged in a systematic account of contemporary affairs,” Gergen wrote. “We utilize scientific methodology, but the results are not scientific principles in the traditional sense. In the future, historians may look back to such accounts to achieve a better understanding of life in the present era. However, the psychologists of the future are likely to find little of value in contemporary knowledge.”

Those arguments ignited an intense response, as they ran counter to the mainstream, empiricist view of the discipline. Mainstream researchers rejected his ideas, Gergen said, while researchers on the fringes—the ones he called “the young and the dispossessed”—embraced them.

“The mainstream rejection was pretty hostile, both in print and personally,” he said. “I was part of the group, and a success story within it. I was a real insider, and I think their sense was that somehow I had turned on them.”

“At the same time, there was a small coterie of scholars within the discipline who had been dissatisfied with the way things were going, and what they say as the increasing restrictions on what counted as legitimate inquiry. I stood as a voice of liberalism, so I had a very strong following from the fringes.”

Backed by the fringe in his own discipline and by colleagues from other social science fields, Gergen did not shy away from the fierce debate. Instead, he found within the critiques stimulation for enriching his ideas. In the ensuing years, he became a major figure in the development of social constructionism, an alternative to the empiricist view of scientific knowledge.

Social constructionism holds that rather than reflecting an objective truth, scientific descriptions and explanations are derived from social interchange—communities agreeing on what is real, rational, and good. Therefore, scientific theories should be evaluated not by how close they are to some imagined universal truth, but by their pragmatic value for humankind.

Gergen’s ideas remain controversial within his own field, but they are now shared across the social sciences. As Gergen argues, a constructionist perspective liberates the scholar from the demands of any particular methodology, any taken-for-granted assumptions, or any form of representing the world. On these grounds, he has since opened multiple doors to inquiry. Writing for both an academic and public audience, his widely read book, The Saturated Self, treated the impact of digital technology on our construction of the self. A more recent cutting-edge work, Relational Being: Beyond Self and Community, replaces the individual as the atom of social life with relational process.

Gergen sees special promise in the newly emerging Society for Qualitative Inquiry in Psychology, which he helped to establish. For many years, he notes, qualitative forms of research were virtually unacceptable in psychology. Yet, largely supported by constructionist views, qualitative inquiry is sweeping across the social sciences, opening up new channels of understanding and opportunities for social action. With his help, the Society is now lodged in the major division of the American Psychological Association (Div. 5) that is concerned with methods of research. Gergen has also played a major role in establishing the journals Theory and Psychology and Qualitative Psychology.

In 1993, he cofounded the Taos Institute, a virtual organization of scholars and practitioners exploring the intersection of social constructionist ideas and professional practices. In addition to offering conferences and workshops, the Institute hosts a Ph.D. program, an international certificate program in collaborative practice, and a publishing wing offering books in multiple languages. Associates from 36 countries have been participating in such activities.

“When we become settled and smug about our work, we imprison ourselves,” said Gergen, reflecting on the developments since receiving his degree. “For me, playing out the positive implications of critical reflection opened worlds of inquiry and action beyond my fondest vision in those early years.”