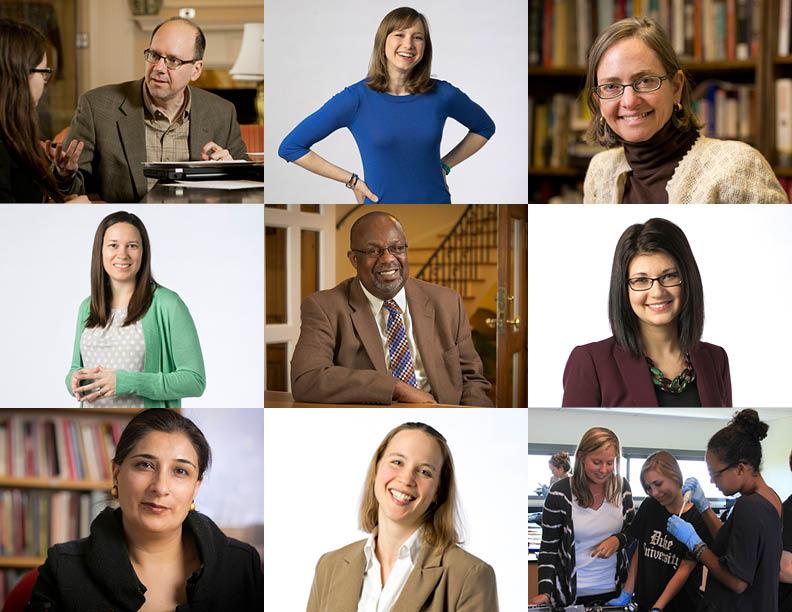 For Kerry L. Haynie, there comes a point in his graduate students’ time at Duke when they swap roles with him and start to teach him something.

“They switch from just someone who’s following instructions and direction to someone who is now setting the direction they want to follow, and often bringing me along with them,” says Haynie, a winner of the 2015 Dean’s Award for Excellence in Mentoring.

“One of the goals I have for students is they leave the program better than me. I say to them, ‘If we are not producing students who are better than we are, then we are not doing something right.’ ”

Judging from the award nomination letters from his current and former students, Haynie is obviously doing something right. The associate professor of political science and African and African American studies is one of six recipients of the award, which recognizes faculty members and students from the Duke Graduate School community for outstanding mentoring efforts. (VIDEO: The winners discuss what makes a good mentor)

The recipients were honored at a March 25 ceremony as part of The Graduate School’s Graduate Student Appreciation Week festivities (see photos of the ceremony).

Each faculty award winner receives a $3,000 prize, while each student recipient gets $2,000.

Dean’s Award for Excellence in Teaching

Each winning department or program receives $5,000 to be used at its discretion.